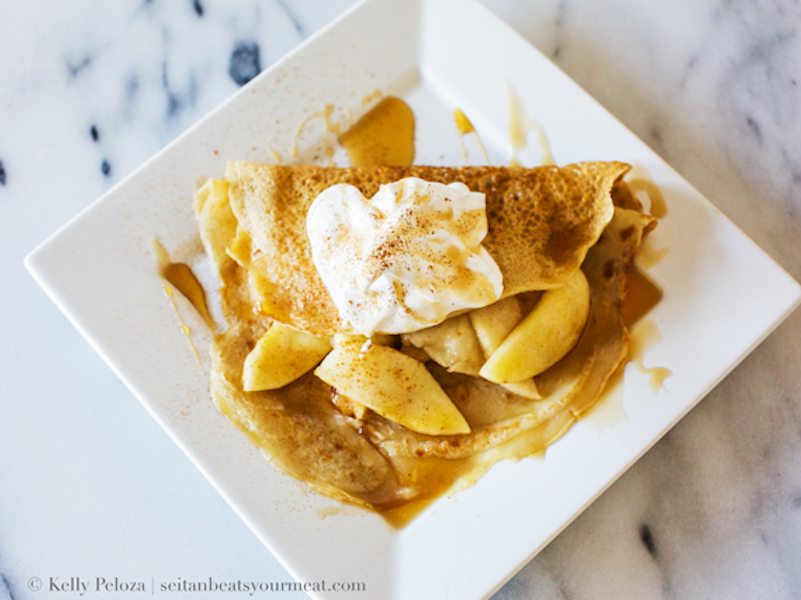 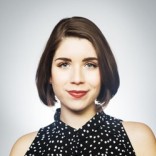 Kelly Peloza is a Chicago-based food stylist and photographer at…

PARTNER POST: Discover new ways to incorporate seasonal teas into your holiday cooking and desserts with Celestial Seasonings.
Give autumn the proper sendoff and dive into winter with these cranberry and vanilla tea-infused crepes stuffed with a sweet apple filling. 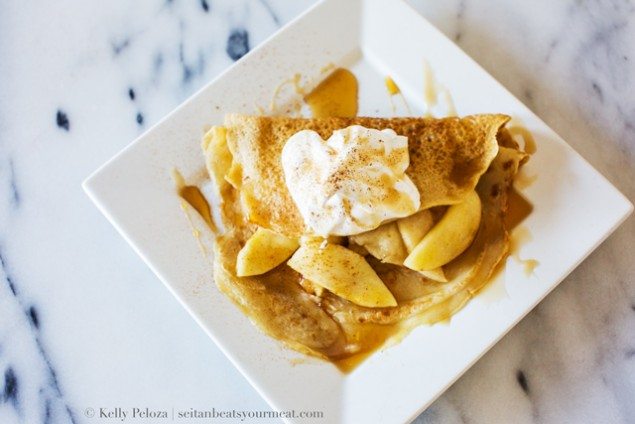 Now that autumn is winding down and December is here, several layers of blankets and piping hot beverages sounds like the perfect way to spend leisurely weekend mornings. One of my favorite parts of those slower mornings is getting up early, and making a giant, time-consuming breakfast while sipping coffee over the stove. I’ll often make my go-to pancake recipe (sometimes making a variation on a favorite with seasonal produce), or try something entirely new.

At the beginning of December, you may still have apples (from the orchard, naturally) and pie pumpkins rattling around the kitchen, but cocoa, peppermint, and homemade cookies are right around the corner. It’s the perfect time to pick the best qualities of both seasons and make them into a dish. In that spirit, I tried my hand at crepes for the first time. 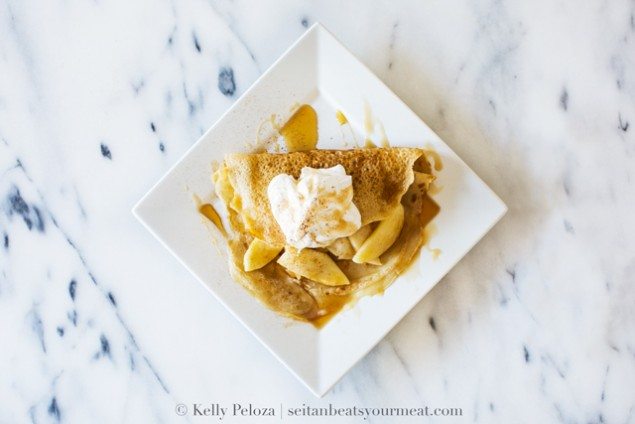 These crepes give autumn a proper sendoff (and perhaps use up your last cooking apples of the season!) while transitioning to wintry flavors by combining a sweet apple filling with a cranberry vanilla tea-infused crepe batter. Since crepes are delicate in flavor, the tart notes of cranberry and sweet vanilla bean shine from steeping the tea in milk before adding it to the crepe batter.

This recipe is part of a project with one of my favorite SBYM collaborators, Honest Cooking, and Celestial Seasonings. Each blogger participating in the project was assigned one of Celestial Seasonings’ holiday tea flavors and prompted to create a recipe using The Magic of Tea. The inspiration for this crepe recipe came from Celestial Seasonings’ Cranberry Vanilla Wonderland rooibos tea, which initially seemed like a challenging flavor to incorporate into a dish. Since there are many flavors present in this tea blend, including cranberry, vanilla, hibiscus, orange, and juniper, I didn’t want to overwhelm the tea by adding too many additional flavors. The cranberry vanilla tea crepes and the apple cinnamon filling stand on their own, and combine pleasantly in each bite.

While making crepes may seem daunting at first, it’s no more difficult than pancakes once you get the hang of it. These crepes are made with aquafaba rather than egg, and are light, crispy, and fluffy.

Want to try another fun recipe for the season? Check out this Candy Cane Tea Chocolate Bark! Recipe here. 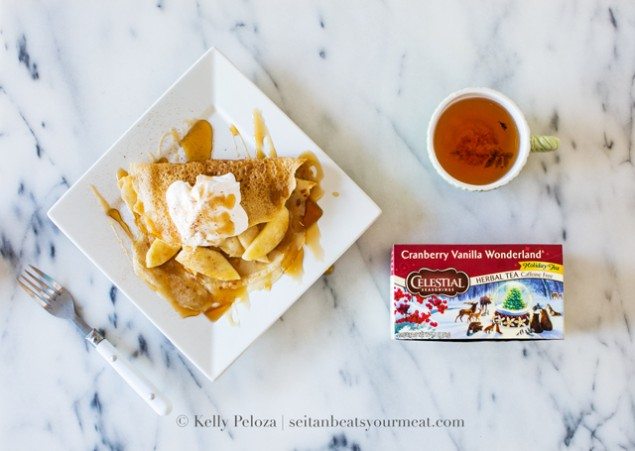 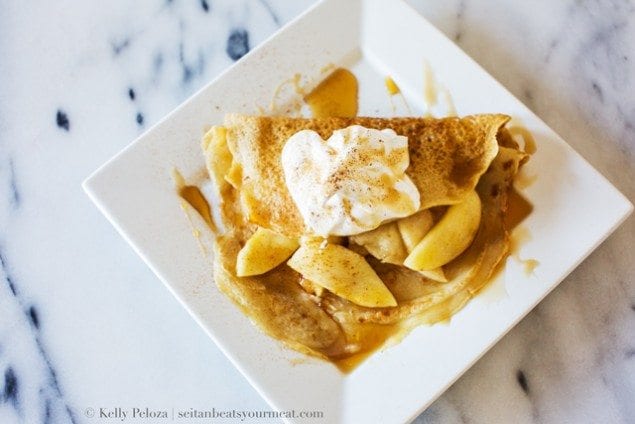 Optional: make a marshmallow meringue topping with the leftover aquafaba! Pour the remaining aquafaba, about 3-4 tablespoons, in the bowl of a stand mixer equipped with a balloon whisk, or a large mixing bowl (if you’ll be using handheld beaters.) Add a healthy squeeze of lemon juice, then start whipping the mixture at high speed until stiff peaks form, 7-9 minutes. Gradually whip in 3/4 cup powdered sugar and 3/4 teaspoon vanilla extract. Whip until thick and fluffy, then use to garnish the crepes. 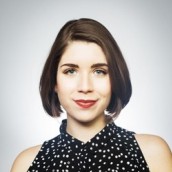 Kelly Peloza is a Chicago-based food stylist and photographer at Kelly Peloza Photo (kellypelozaphoto.com), and a vegan cookbook author. She runs a recipe and food photography blog called Seitan Beats Your Meat (seitanbeatsyourmeat.com).