I’m so excited to share these Apple Cider Doughnuts with you guys! I’ve been wanting to make this recipe for so long, and I’ve finally perfected it. 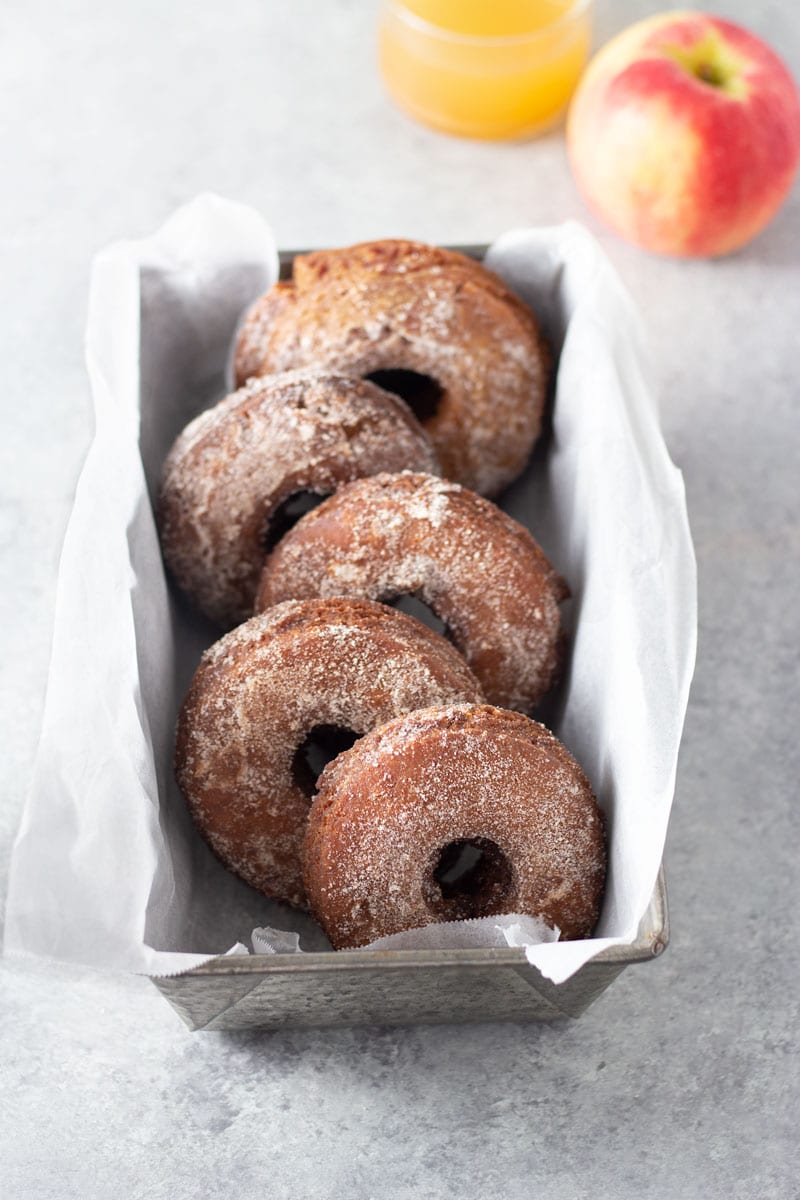 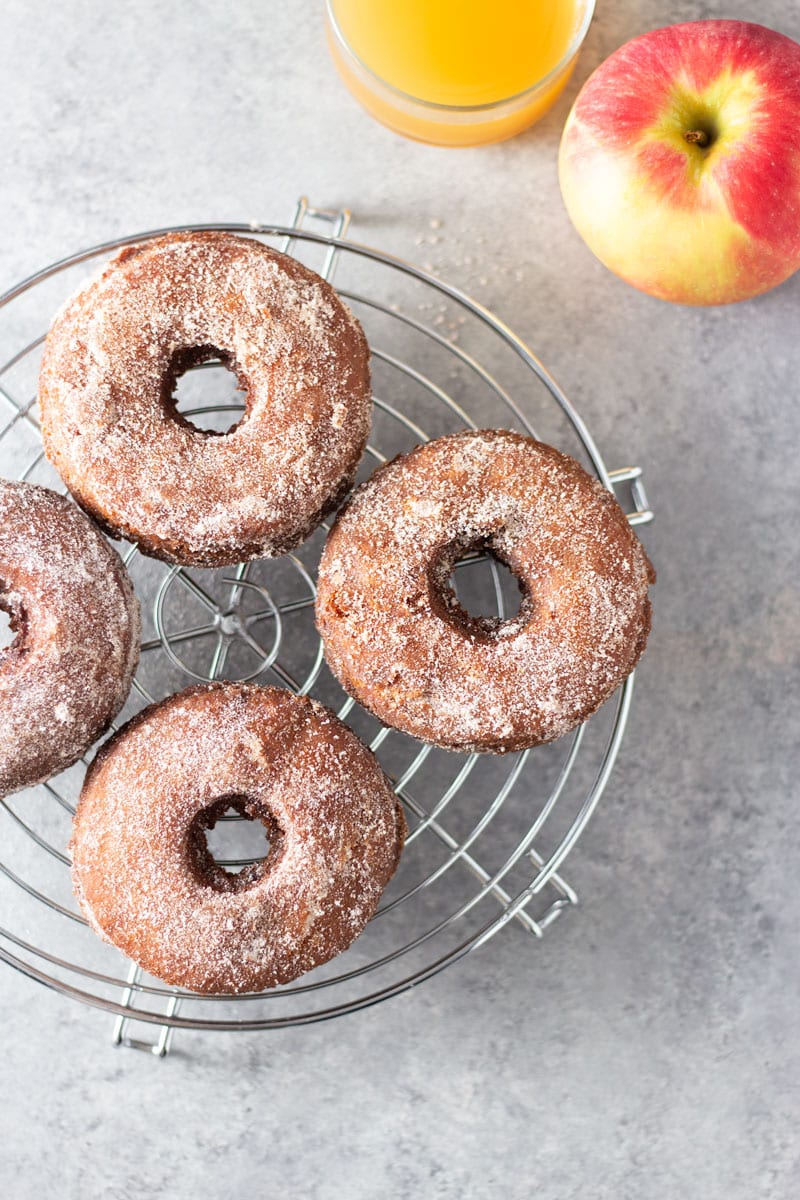 So just to clarify, there aren’t any fresh apples in this dough. A combination of apple cider and apple butter give these delicious homemade Apple Cider Doughnuts their apple flavor. In order to concentrate that flavor and keep the dough the correct consistency, it’s important to cook down the cider until it reduces into a syrup. If you didn’t already know, apple cider is simply unfiltered apple juice. It goes great with bourbon for a cocktail, so don’t worry about finishing up your carton.

The typical pumpkin spices (cinnamon, nutmeg, cloves) make these perfect for the fall. The spices are added to these doughnuts in a few different ways. First, I add whole cloves and a cinnamon stick (along with a strip of orange zest and some booze) to the cider. Then, there are ground spices in both the dough and the cinnamon sugar topping. My “cinnamon sugar” also includes nutmeg and salt to bump up the flavor a bit. 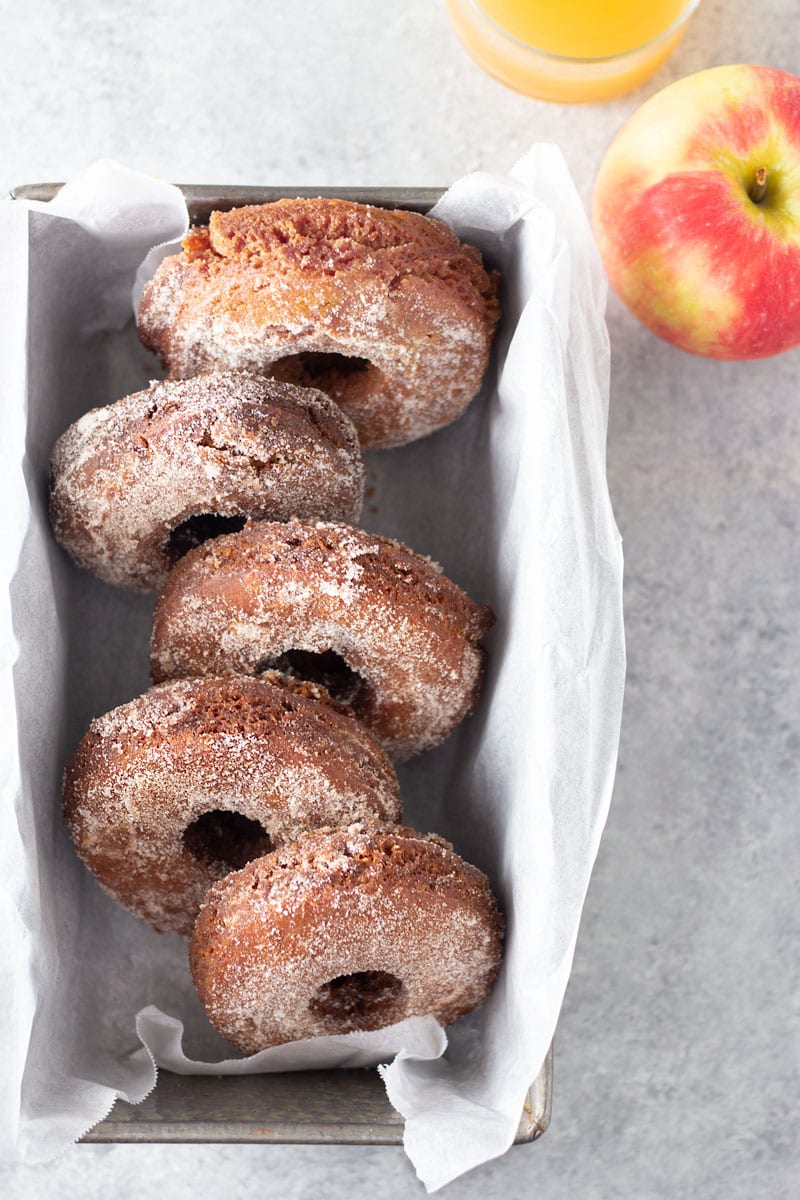 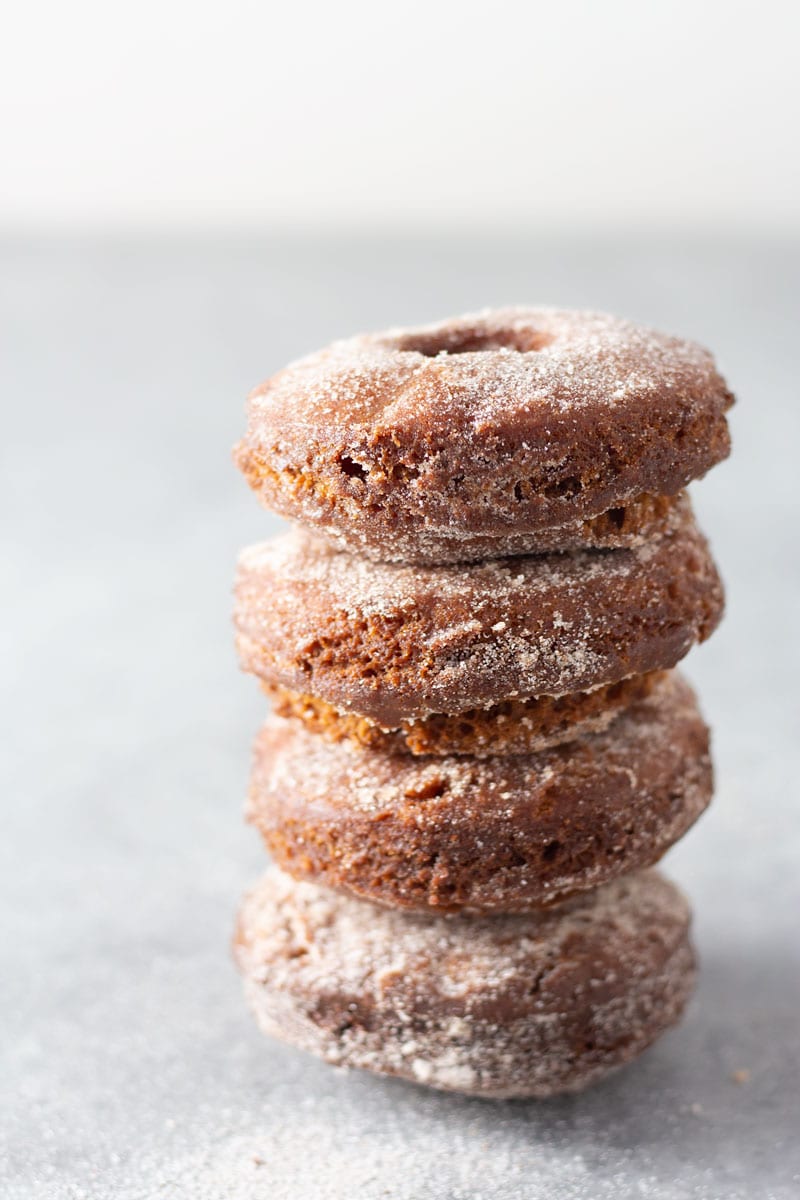 If you haven’t had a homemade, cake-like donut, you MUST try it. These Apple Cider Donuts were my very first fresh and crispy cake-like donut experience. It’s amazing. Trust me. They get soft after several hours, so you gotta eat one warm out of the fryer. 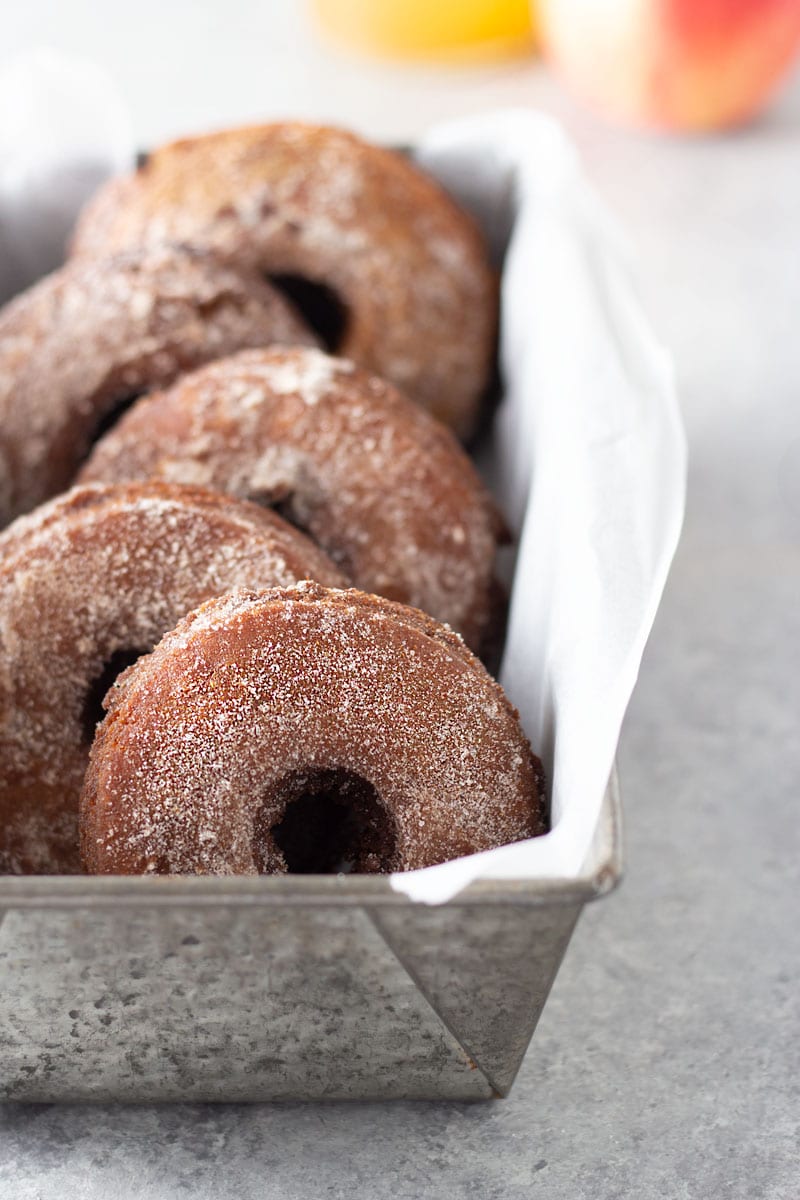 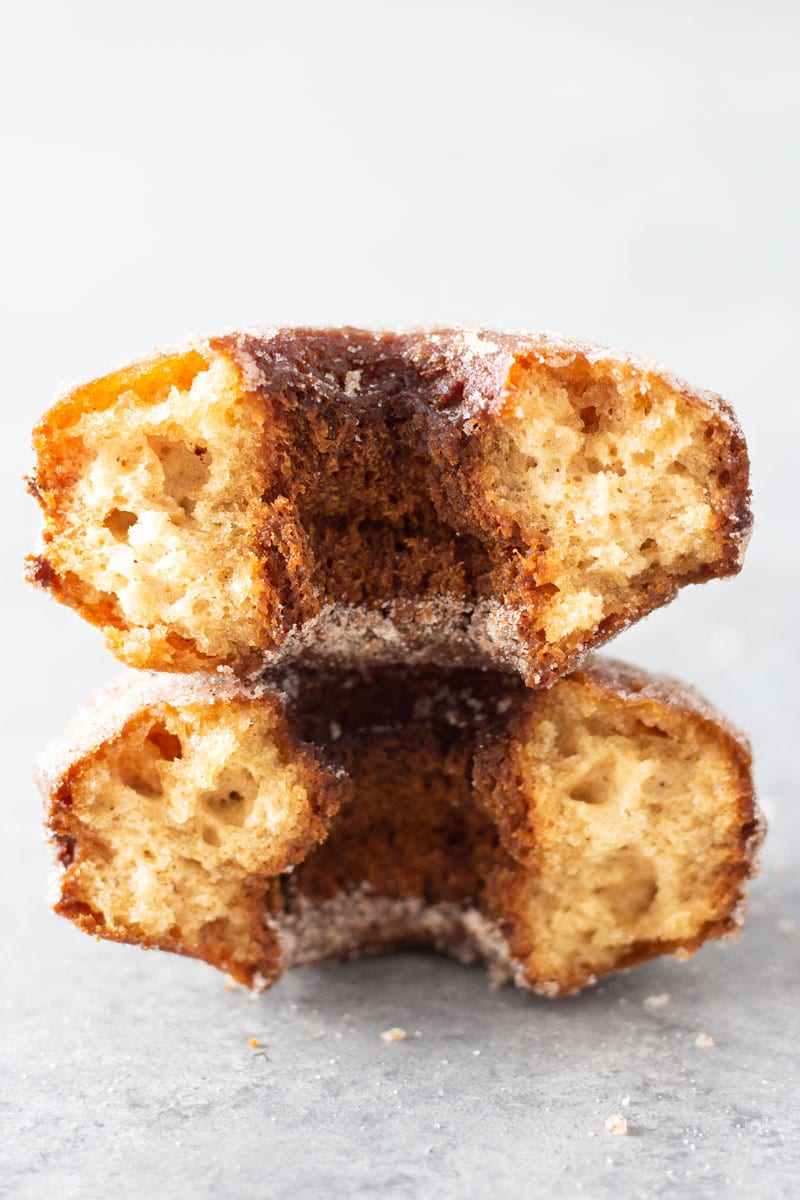