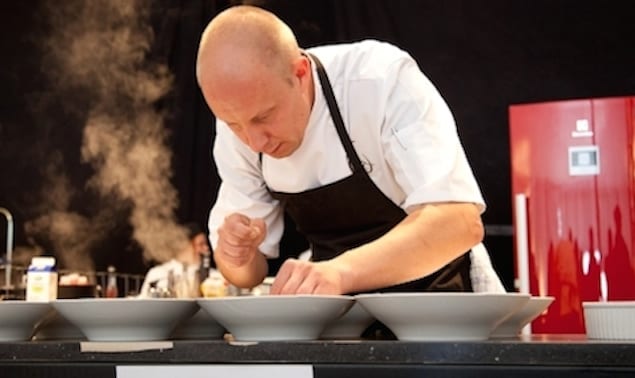 Mead — The Drink of Yesterday with No Boundaries For Today

Chef Sasu Laukkonen, chef at NORTH 2014, is passionate man who dedicated his heart to the kitchen at a young age. Join him as he creates pure food representing Finnish Cuisine.
By Annelise McAuliffe 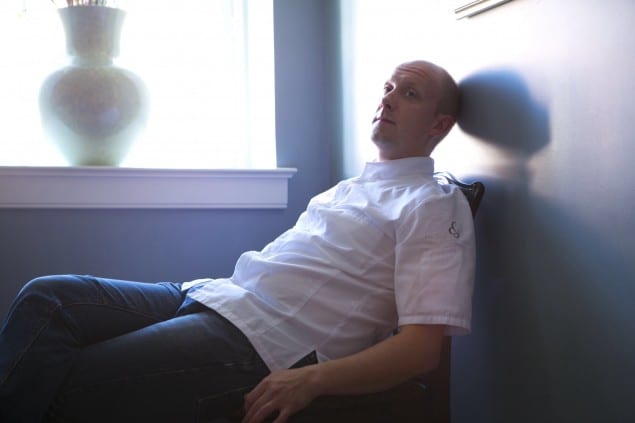 For Michelin-starred Chef Sasu Laukkonen, the favorite part of his busy day is right before service begins, before the ticket machines start spitting out the roll of paper, before servers are whirring in and out of the kitchen, and before orders are being fired. The calm before the storm. That brief moment of mis en place, where everything is supposed to be in its place, clean, standing at attention just waiting to jump into action at the first sign of hungry eaters.

This September Chef Sasu, chef and partner of Chef & Sommelier, in Helsinki, Finland will be headed to New York City to cook up a storm at NORTH Festival. Looking forward to the bustling atmosphere of the Big Apple, Sasu’s number one place to eat while he is visiting the foodie hotspot is Acme, to enjoy the creations of Danish chef Mas Refslund.

At the young age of three, Sasu felt very strongly about deciding his life-long career path. Torn between two rigorous and creative passions of being a concert pianist or a chef, the latter eventually won out later in his life. Despite such early dedication, Chef Sasu strives to “keep it real” in the kitchen. Showcasing clean flavors and cooking, Sasu hopes to share authentic pure cuisines that is so close to his homelands’s heart while at the Nordic food festival.

Join us at the NORTH pop up on the Bowery for an exciting dinner with inspiring Scandinavian cooking and delicious drinks. Chef Sasu Laukkonen will engage all in a beautiful culinary experience that takes us on a journey to the home of his acclaimed restaurant Chef & Sommelier in Helsinki.

For a more casual, hands-on day, join Sasu for a fun and informative cooking adventure. Chef Sasu Laukkonen is as obsessed with grandma’s cooking as we are. Through instructions and inspiration, he will lead you down the road of traditional Nordic food – you will gain hands on experience from working side by side with one of the most talented chefs that Finland has ever produced.