Maple-basted acorn squash serves as a charming vessel for lightly cinnamon-spiced quinoa in a seasonal side that serves as a nutritious option for your Thanksgiving spread.
By Dianna Muscari 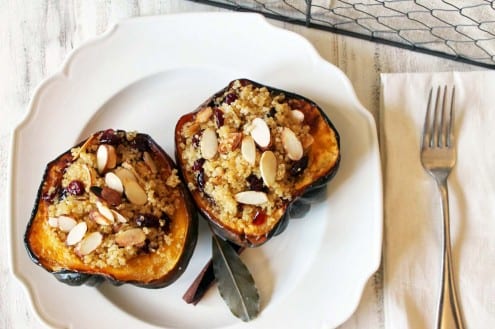