I am Preeti Tamilarasan, author & photographer of Indian Kitchen.… 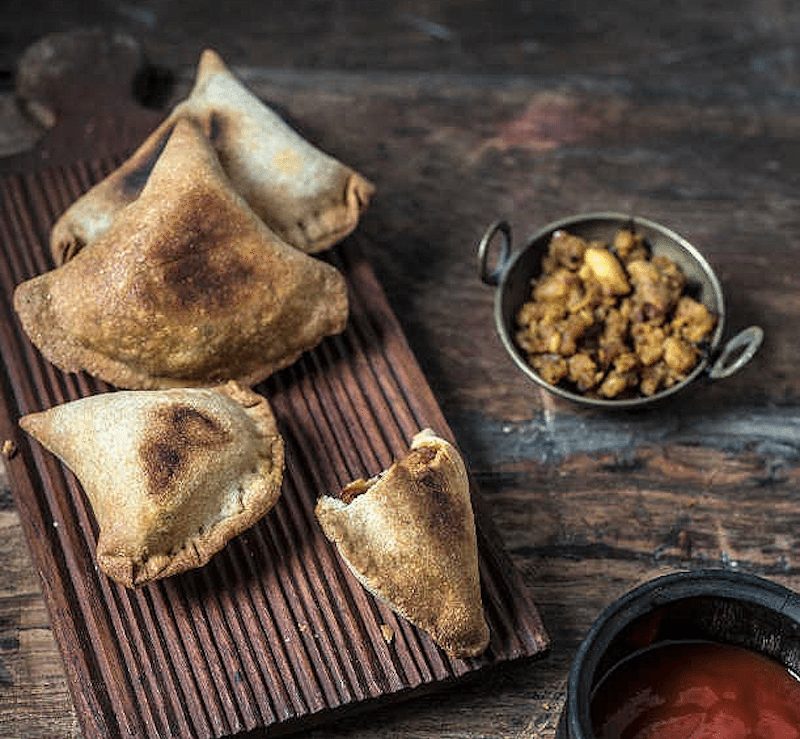 Though fried keema samosas are very crispy, baked samosa are equally crispy and delicious. For the samosa dough, we need wheat flour, ghee, oil and water. Just knead similar to poori dough. Not too soft. Let the dough rest for minimum 2 hours. Meanwhile, you prepare the stuffing part and keep it ready. Mutton or chicken keema masala can be used for stuffing. I have used 250 gms mutton keema which would be sufficient to make medium sized 16 samosa. If there is any left over dough, then use it to prepare chapati or poori. I have prepared 8 baked keema samosa and 8 fried samosa.

Keema masala should be very dry and there should not be any moisture or else the samosa will turn soggy after baking or frying. Use pressure cooker or pan to cook keema masala. The same masala can be used to prepare Keema Paratha or serve it with poori. It tastes delicious. When preparing samosa sheet, make sure it is not too thick or thin. We need water to seal the edges of the samosa. So keep everything ready before starting. Potato samosa can also be baked the same way we are going to prepare keema samosa. Serve keema samosa with mint chutney or tomato sauce.

I am Preeti Tamilarasan, author & photographer of Indian Kitchen. I’m an engineering graduate who left her job after marriage and started blogging for time pass, which later became my passion and introduced me to the world of food photography. I have shared more than 1000 recipes in 3 years of blogging. I mostly concentrate on healthy Indian cooking.