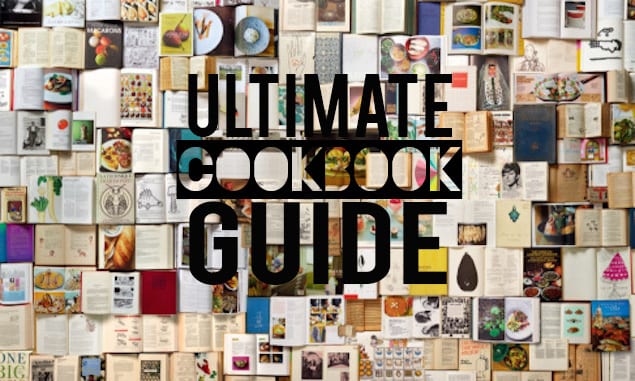 This article has been posted with permission and originally appeared as 15 Deep Cut Cookbook Recommendations on Relish.

There are cookbook lovers, and then there are enthusiasts. German artist Florian Bohm and art director Annahita Kamali subscribe to the latter. Today, the duo released Cookbook Book (Phaidon, 2014) a stunning and heavily-researched art book featuring 125 of the most influential cookbooks in the past 100 years.

In this compilation, each title is opened to a key recipe and photographed. So, for instance, on page 42 you’ll be learning how to make Bouillabaisse directly from Mastering the Art of French Cooking by Julia Child and on page 44 be on to soufflé tips from The Graham Kerr Cookbook.

As a duo boasting this much cookbook knowledge, we wanted to know what titles Bohm and Kamali consider the best of the best with no holds barred. Here you will find their top choices in 14 distinct categories paired with descriptions of each book pulled from Cookbook Book. 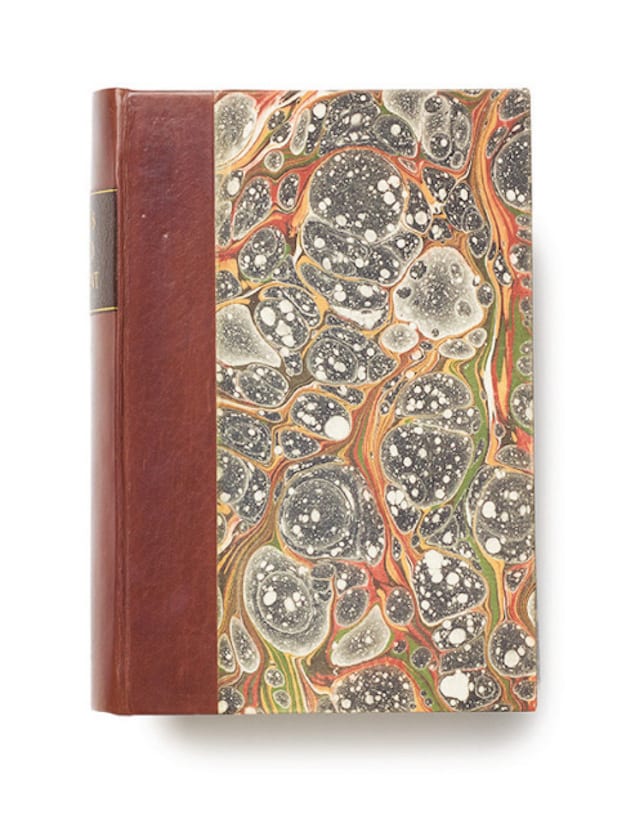 Why They Love It: We like this title firstly, because of the great illustrations, secondly, because the book contains great knowledge and ingredient information.

The most important cookbook of Victorian Britain was first published by Isabella Beeton’s husband Samuel in 1861. Isabella was only 21 when she began work on it, yet her spry delivery, covering every aspect of managing a middle-class household, clearly resonated. If you needed to know how to deal with a wet nurse, care for a sick aunt, or get cake on the table for afternoon tea, this was an invaluable companion. By 1868 it had sold nearly two million copies, an almost unheard-of figure, and it has been going strong ever since. 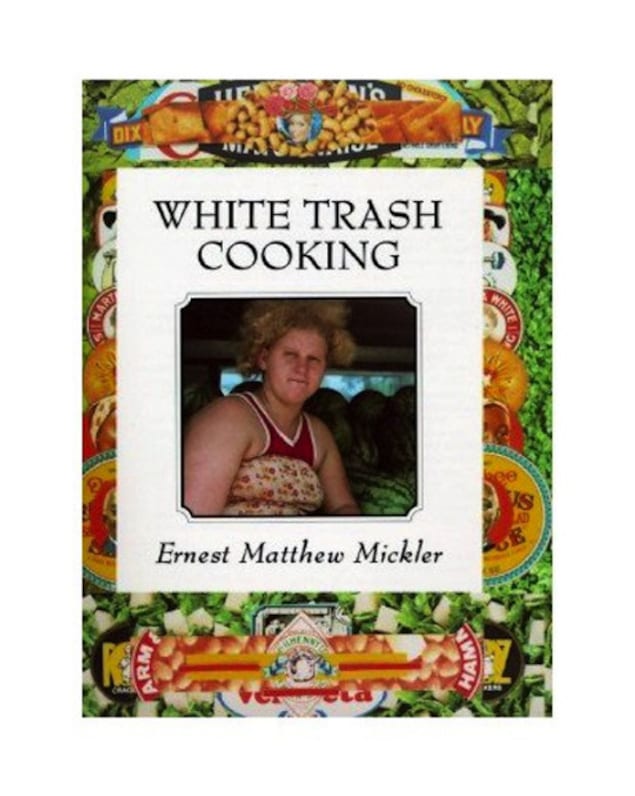 Why They Love It: Mickley presents a fantastic image essay in the middle of this cookbook that portrays the lives of rural Southern communities in the United States.

The tongue-in-cheek title of this book belies the strength of recipes within. When he wrote it, Ernest Matthew Mickler saw it as a means of documenting life within rural white Southerners’ communities. Poor they may have been, but a strong ethos of hospitality and hearty culinary traditions got them through most things, and this collection of lovingly collected recipes speaks volumes. It would take a cold heart not to be warmed by the thought of Tutti’s Fancy Fruited Porkette, Goldie’s Yo Yo Pudding or Resurrection Cake. 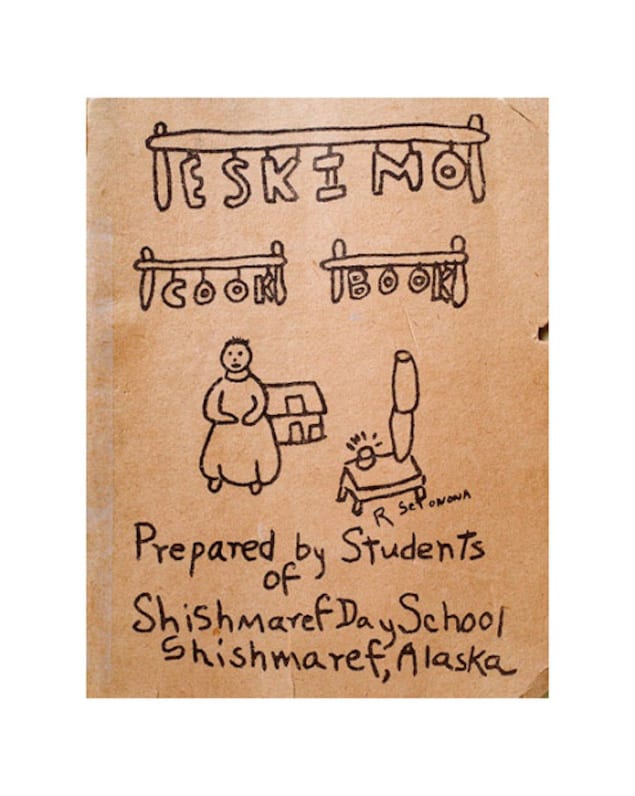 Why They Love It: The book’s simplicity moves us, and we love the children’s illustrations.

This rare hand-made book, published in 1952, began as a school project in Alaska, when the teacher asked her class to bring in a recipe or story of how their mothers cooked at home. From a land covered in ice and snow, an intriguing collection of recipes emerges, such as Cooked and Dried Oogruk in Poke (seal oil with dried meats), all of it highly seasonal and based on hunted fish and beasts and foraged native plants such as bumblebee flowers, salmon berries and mouse leaves, many of which are illustrated with beautiful, homespun drawings.

Best Cookbook for Reading Like a Novel
Title: Singers and Swingers by Roberta Ashley 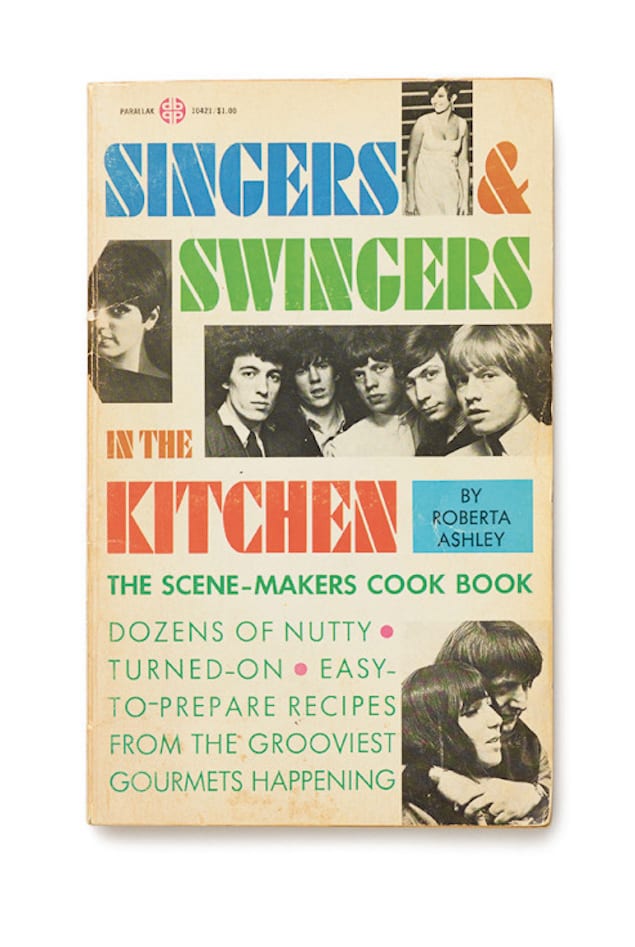 Why They Love It: Music is a major part of our lives, and we love this book’s funny tales about rock stars and the food they cook.

Roberta Ashley’s collection of recipes gathered from musicians she interviewed as a teenager for her column in This Week magazine is a hoot, as fresh today as when it first appeared in the sixties. It includes comfortable, solid dishes served with a wicked sense of humor such as the Mamas and Papas’ Chilli Esperanza, which they ate with scrambled eggs (so as to avoid getting it stuck in the throat, says the author), and The Rolling Stones’ Hot Dogs on the Rocks, which comprises frankfurters, potatoes and a can of baked beans—not a recipe for strict calorie counters.

Best Cookbook for the Beginner
Title: Cuinar a Casa by Ferran Adria 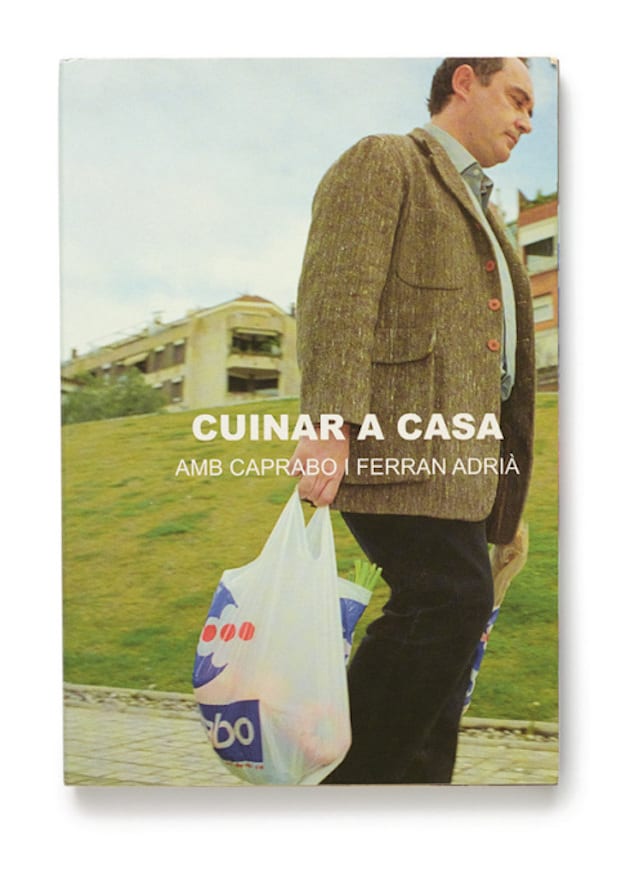 Why They Love It: Ferran Adria shows how easy it is to create a good meal using what’s already in your pantry. Though, you will need to learn Catalan in order to read it.

Supermarket cookbooks don’t often inspire, but add a chef like Ferran Adrià and it’s hard to resist. What does one of the most famous chefs in the world cook at home? The clue is in the workaday cover, which features Adrià laden with shopping bags, heading home to cook creative but simple dishes with easy-to-find ingredients. It’s a wonderfully reassuring approach to cookery from a man better known as a culinary magician, and is filled with dishes likely to become everyday family favorites. 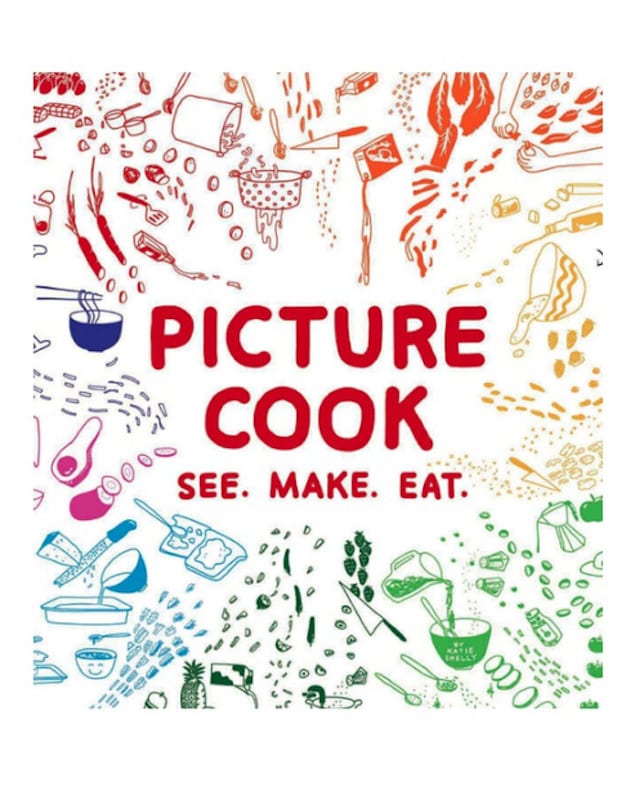 Why They Love It: Even though there is hardly any instructional text, the step-by-step illustrations in Picture Cook will be all a starting cook needs.

A cookbook without words? That’s exactly what media designer Katie Shelly set out to create with her innovative first title, a picture book for children and grown-ups alike. Over fifty recipes are rendered in charming line drawings as flowchart-like illustrations with a bare minimum of written explanation. But it would be wrong to think that Picture Cook oversimplifies: this vegetarian-friendly reinvention of the recipe book includes metric conversion charts and a visual tutorial on knife skills.

Cookbook You Personally Use Most in the Kitchen
Title: Annahita’s Mother’s Cookbook by Hanne Kamali

Why They Love It: Every recipe is tested by Annahita’s mother and triggers memories for us both.

When Hanne Kamali was still a young schoolgirl she started writing down recipes gleaned from friends and older relatives in a checkered exercise book. The bug never left her, and while living in an ‘international house’ as a student she learned about food from cultures as far flung as Italy and Taiwan. The collection has now grown into two thick ring-binders, one for sweet and one for savory, and her family evaluates each new treat with stars (three stars being the top rating), which provides a useful filter system: only the very best make it in the book. 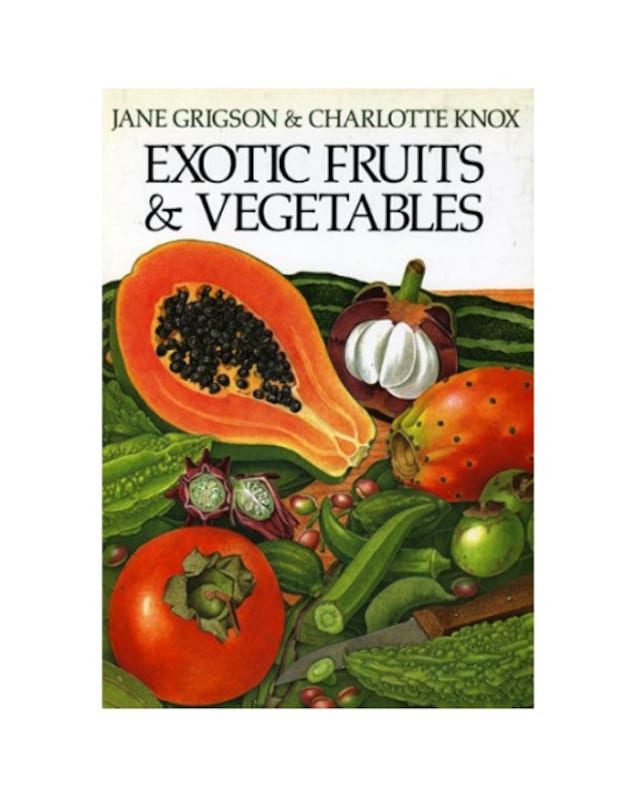 Why They Love It: Have you heard of callaloo, sebstem, drumstick or karela? Well, this book will explain them all.

The illustrious food writer Jane Grigson penned this book in 1986, around the time that London supermarkets and grocery stores were starting to feature an intriguing new range of fruit and vegetables from around the world. Many people had never seen an avocado or a papaya before, and a large part of the book’s appeal is its precise botanical drawings that help to identify these mysterious treats, as well as offering advice on what to do with them. 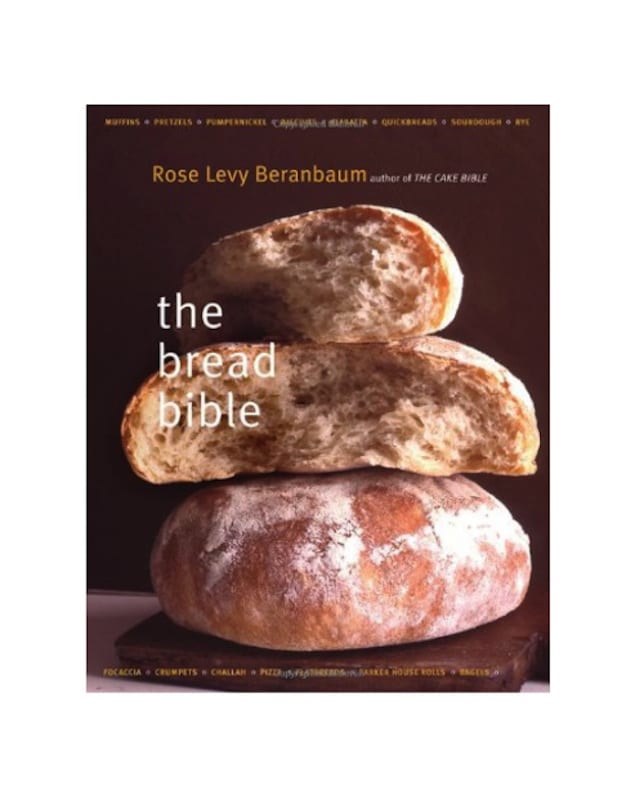 Why They Love It: Like the name says—it’s the bible.

Rose Levy Beranbaum differs from many cookery writers in that her work is based on a thorough understanding of the science behind her subject. Explaining the pros and cons of using different flour types and how yeast works, The Bread Bible delivers 150 meticulously tested recipes, accompanied by 225 line drawings and 32 color illustrations, as well as listing necessary equipment and optimal conditions for baking. It is essential reading for professional bakers and serious amateurs alike.

Why They Love It: The book has easy to follow instructions with funny illustrations.

When it appeared in the 1960s, this was one of the first cookbooks that tried to encourage kids to get in the kitchen. Featuring simple but appealing recipes in a step-by-step format accompanied by Martin Mayhew’s charming illustrations, it sparked a life-long love of cooking in many young readers. Practical dishes such as a Chops, Sausage and Mushrooms combine with more whimsical treats like Topsy Turvy Cakes and Poor Knights of Windsor.

Cookbook that Makes You the Most Nostalgic
Title: Special Effect Cookbook by Michael Samonek Why They Love It: Because Annahita’s father used to make Volcano cakes for her birthdays when she was young.

Michael Samonek combined his love of cooking and sci-fi movies to come up with this genius collection of recipes. After studying special effects used in films, he transferred them to dishes aimed at kids, offering them the chance to create food that ‘erupts, moves, sings, glows, talks, snaps, crackles, pops and swims.’ It was a huge hit­—not only with kids, but also in schools across America, some of which incorporated it into the science curriculum.

Best Cookbook of the Year
Title: The New Persian Cookbook by Louisa Shafias Why They Love It: Well, technically the book came out in 2013, but it’s our most recent acquisition. Annahita’s father is Persian, and we love the [Persian] food. Unfortunately, it is often a very elaborate process to prepare Persian food traditionally, but Louisa Shafias’ recipes are doable and fit perfect in our daily life.

Cookbook with Your Favorite Illustrations
Title: Recipes That Made a Million by Franco Lagatolla

Why They Love It: Because of the witty cartoon-like illustrations by Enzo Apicella (who also designed the interior of Mario Cassandro & Franco Lagattolla’s bespoken italian restaurant La Trattoria Terrazza).

Franco Lagattolla’s Soho trattoria, La Terrazza, was London’s power restaurant in the swinging sixties. If you wanted to see and be seen rubbing shoulders with the likes of Michael Caine, Gregory Peck and Frank Sinatra, this was the place to do it. The book captures the glitz and glamour perfectly, not least because of Enzo Apicella’s wickedly humorous black-and- white illustrations and recipes like Peaches Flambéed at Table in Kirsch, which recall a bygone era of food hedonism.

If a Person Owns Only One Cookbook it Should Be…
Title: A blank book

Why They Love It: Collect your recipes from memorable dinners and start a cookbook of your own!