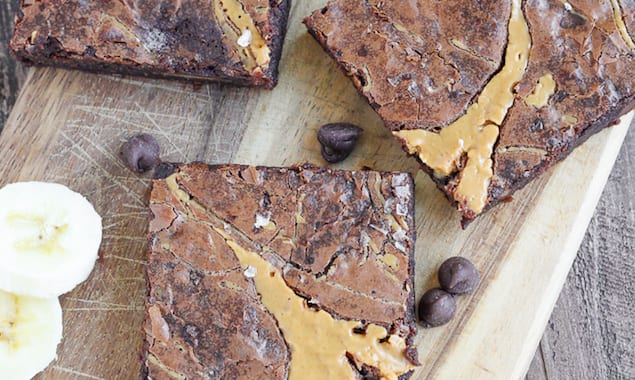 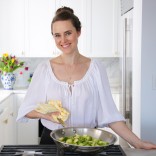 Fudgy, chewy triple chocolate peanut butter banana brownies may sound like a mouthful, but they are just pure deliciousness. Each bite has a big dose of chocolate, a hint of banana and a swirl of peanut butter.
By Lindsey Farr 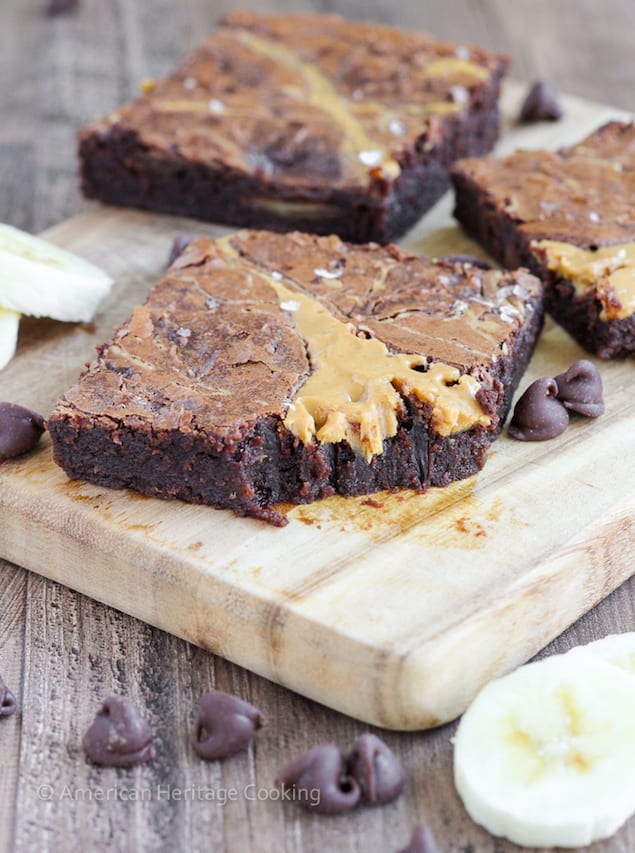 Do you have some sad, spotty brown bananas at home?

Are you sick of banana bread?
[Put your hand down! Unacceptable. Banana bread is life. You must try this recipe swirled with Nutella.]

Have you already made banana bread and *still * have browning bananas way past their prime?
[It’s okay. Me too. ] 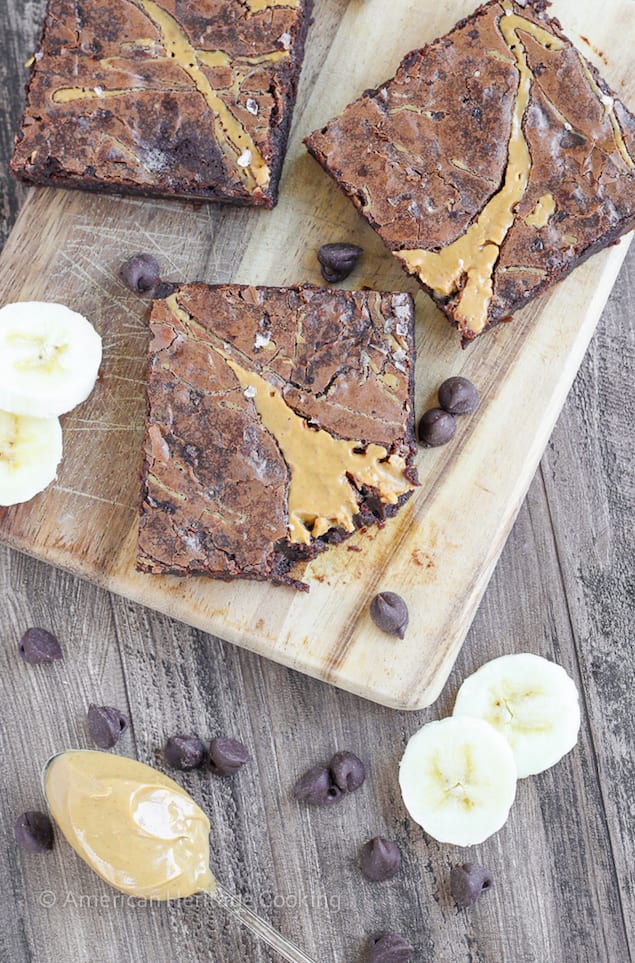 Chocolate; Peanut Butter; Banana: the trifecta of awesome.
I took one of my all time favorite combos and stuffed it into a brownie. 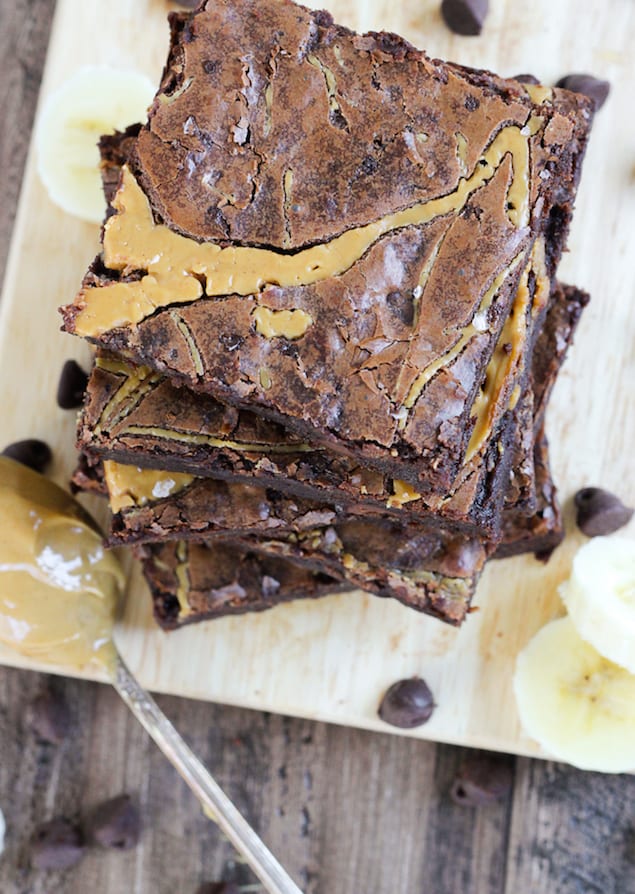 These are rich, fudgy brownes. No light cakey stuff around here.

The bananas make these extra moist and super fudgy. So much so they almost seem under-baked, but they aren’t. They are just to die for chewy. And we all need some of that in our lives! 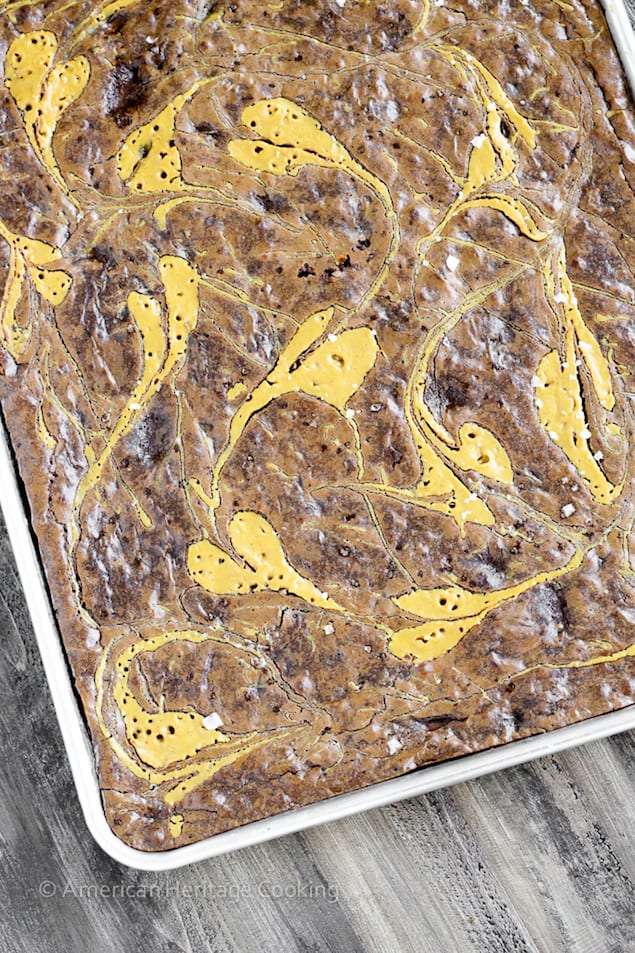 These brownies have that beautiful crispy top and soft, chewy interior. The swirls of peanut butter are the only interruption to the triple chocolate brownie perfection.

Print
Chewy triple chocolate peanut butter banana brownies may sound like a mouthful, but they are pure deliciousness. A bite has a dose of chocolate, hint of banana and peanut butter.
Author: Lindsey Farr
Recipe Type: Baking, Chocolate, Dessert, Brownies
Serves: 20 brownies
Ingredients
Instructions
Notes
You can bake these in a metal 9x11 pan but they will take longer to bake.
3.2.2885 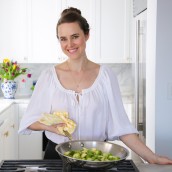