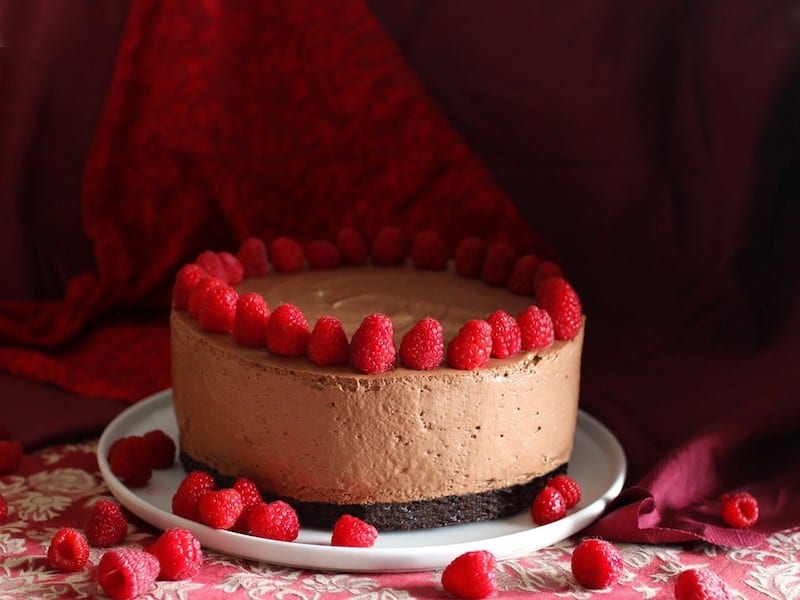 Death by chocolate is how we’d like to go. Dig into this rich chocolate mousse brownie cake. 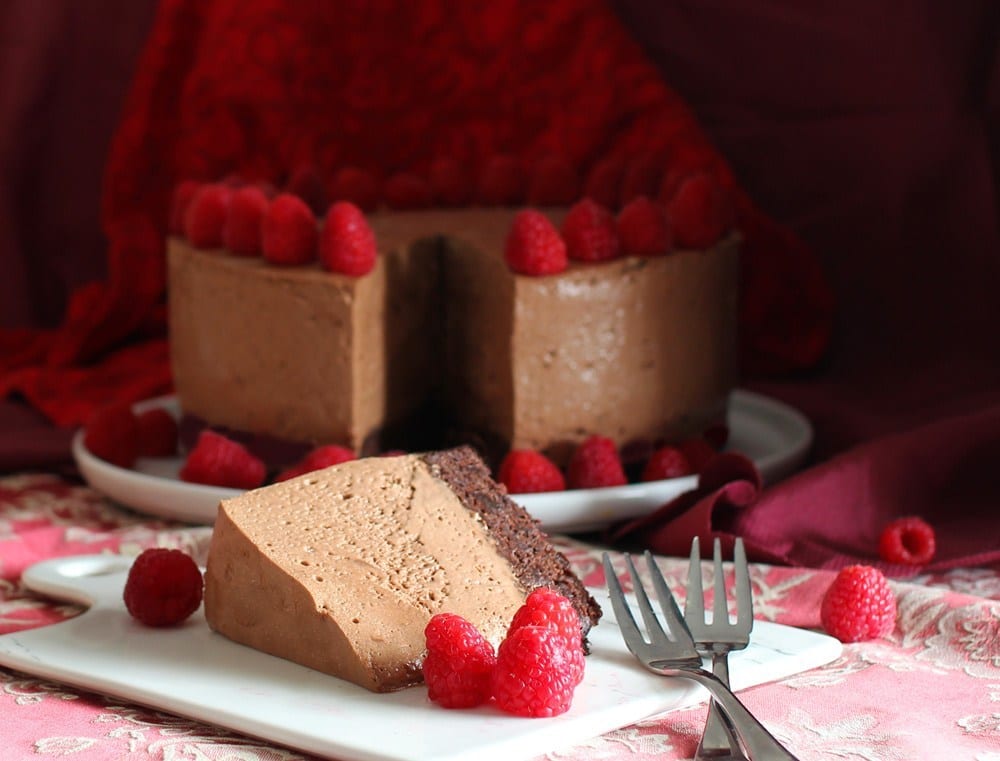 Have you heard the phrase, ‘Death by chocolate’? I suspect it applies quite nicely to this Double Chocolate Mousse Cake, with its chocolate studded brownie base and towering mountain of melt-in-your-mouth double chocolate mousse topping.

“Make a decadent dessert”, my (normally healthy minded) sister suggested for our family dinner this weekend. As it happens, I’d just seen the recipe for this Double Chocolate Mousse Cake which fit the ‘decadent’ bill perfectly. Without hesitation (and with eyes as wide as saucers), ‘Sis’ gave it the thumbs up, though in hindsight I reckon she’s a little more appreciative of the phrase, ‘Be careful what you ask for’…

Which brings me to the recipe at hand, borrowed from Delicious.com.au. Right from the start, I questioned the abnormally large amount of ingredients – 800 grams of chocolate; nearly a litre of cream, six eggs… and that’s just the mousse… But, I was reassured by the fact that the recipe stated that it served 10 people. I should have known better. I reckon it’s likely to serve more like 15-20 people, maybe more. The thing is, it’s SO rich that you really can only handle a sliver. I’m not kidding when I say my family was ‘done in’… They willed themselves to finish (God bless them), but they were ultimately forced to surrender. The spirit was willing; the body was not! Half of the cake went back into the fridge. 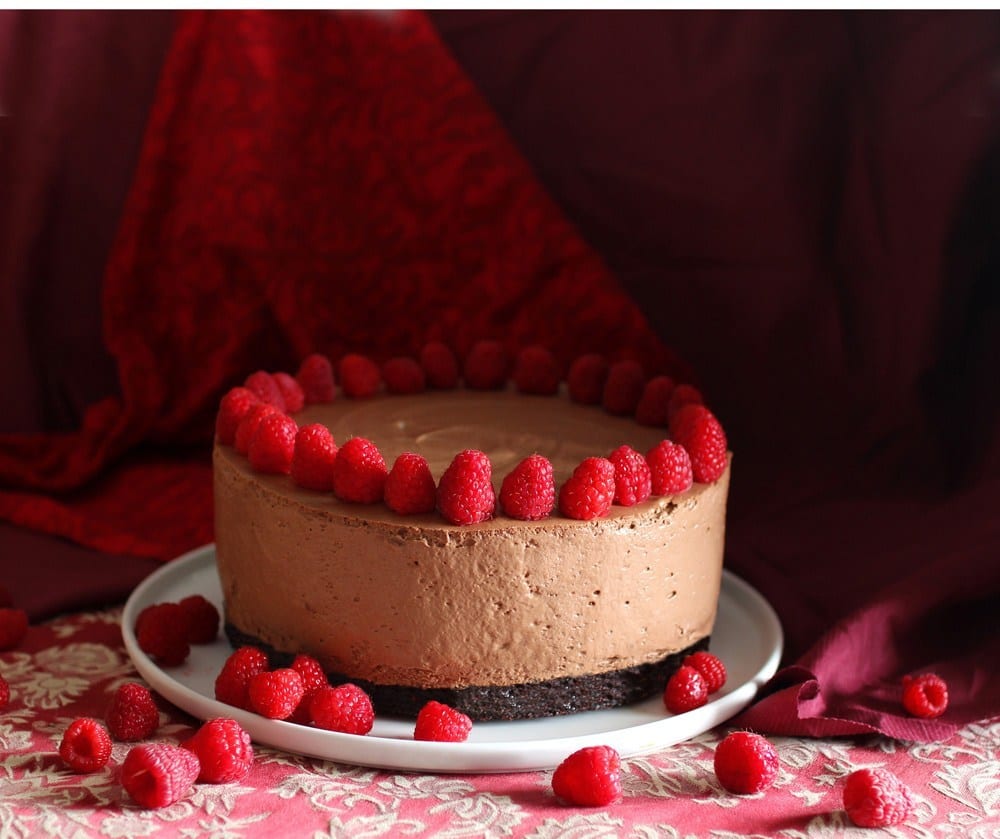 But… in case I’m actually turning you off from the start, let me also assure you, it WAS sublimely delicious. The mousse – the crowning glory of this dessert – was like a thick silky cream, holding its shape when cut thanks to the added gelatin. Then, of course, there’s the brownie. The recipe paired the mousse with store-bought brownie mix, but I decided to make my own gluten-free brownie instead, which provided a dense, rich and chocolatey contrast to the cloud of mousse on top. It seemed to me that one thing that was missing was something fresh to cut through all the richness… enter raspberries – the perfect partner to chocolate.

To be honest, given the size and expense of this dessert, I’m not likely to make it again, at least not in the same proportions. I’m convinced that both the brownie and mousse components could be halved and placed in a smaller 18-20 inch pan, and I reckon it would STILL serve 8-10 people. If, however, you’re after a show-stopper dessert fit for a large party of chocolate fanatics, go no further. Enjoy! 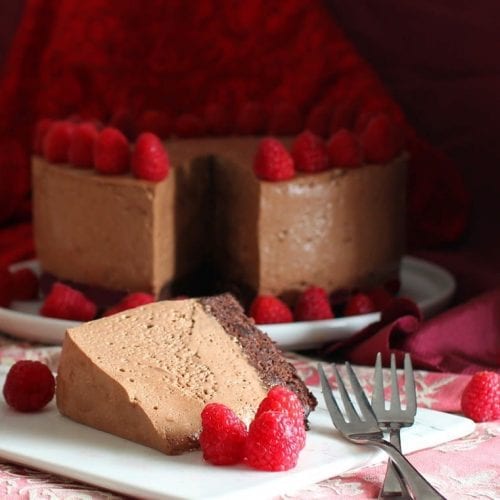 For the brownie base:

If making your own gluten-free brownie:

When ready to serve: