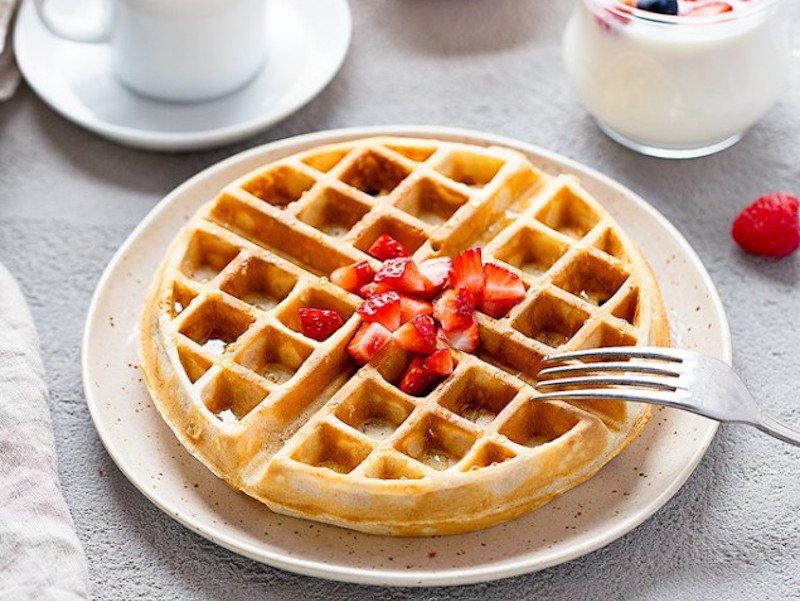 Sweet or savory, here are our favorite waffle recipes.

Did you know March 25th is National Waffle Day? What a great excuse to whip up a batch of one of these fabulous recipes. 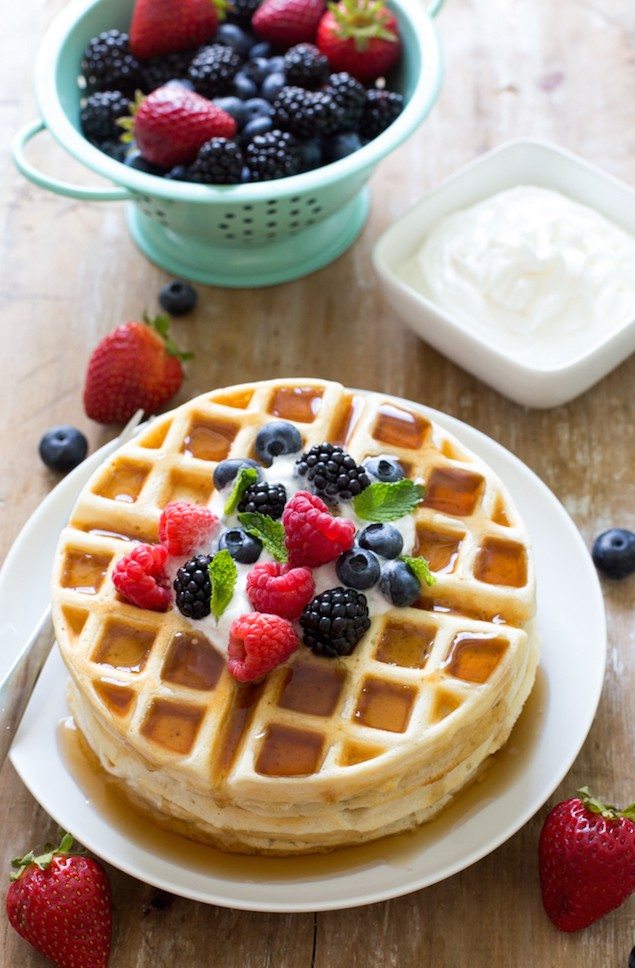 Crispy on the outside and soft on the inside, these Greek yogurt waffles can be made in less 30 minutes with delicious tangy flavor and plenty of protein. See the recipe. 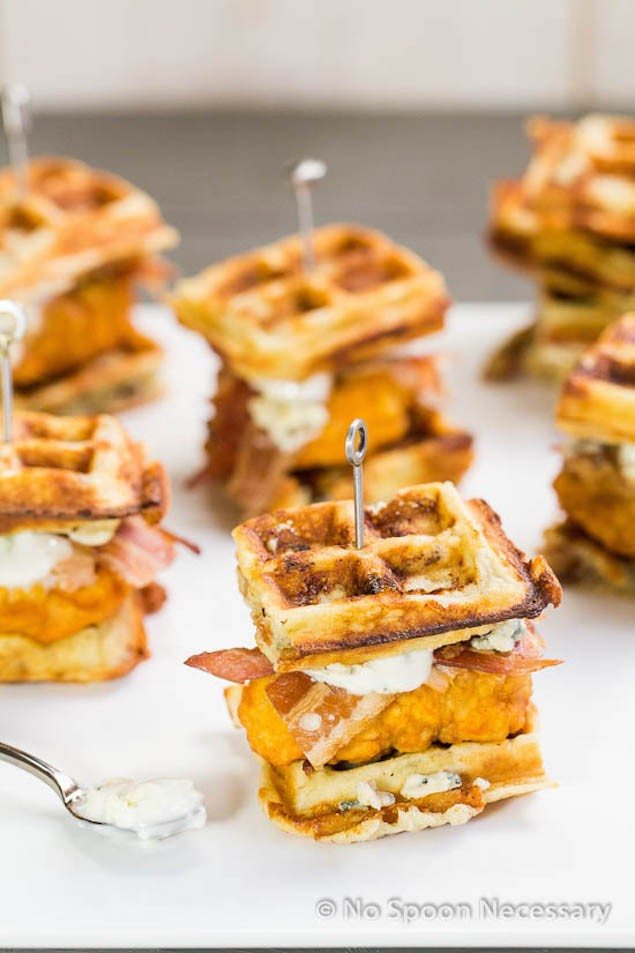 Chicken and Waffle Sliders with Blue Cheese and Bacon

Go savory! Savory waffles are stacked with salty, smoky, bacon, chicken and blue cheese, with a hint of subtle sweetness. Serve the sliders for brunch, lunch, dinner, appetizers or simply as a snack. See the recipe. 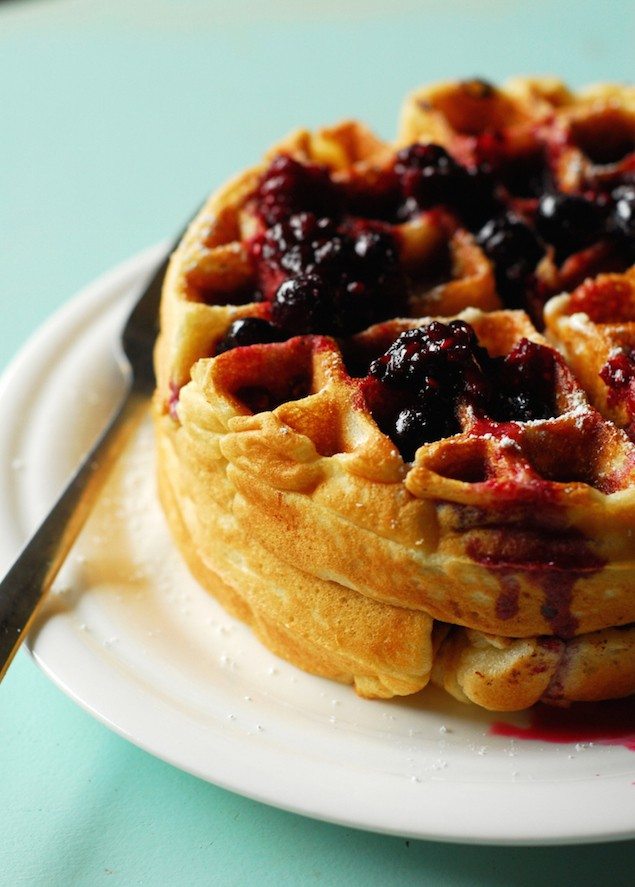 Fluffy waffles are hiding a delicious cheesecake center and then topped with a maple syrup that has be spruced up with lemon and summer’s frozen berries. See the recipe. 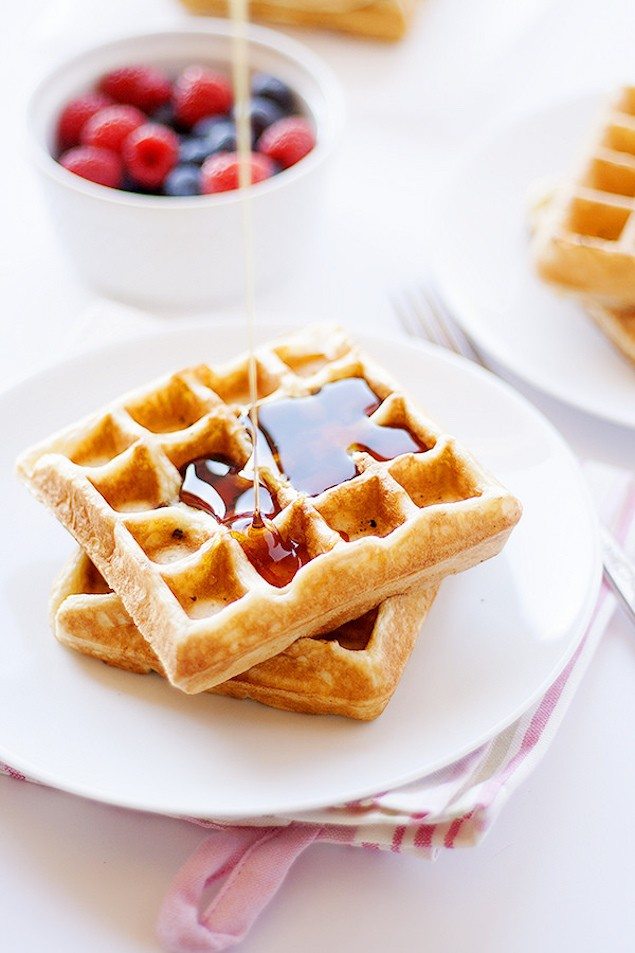 With a slice of bacon cooked into the center of the batter, this recipe is a sweet and salty delight. See the recipe. 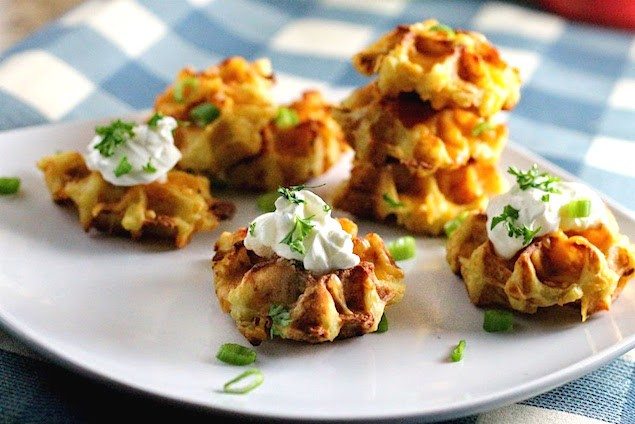 Grab your waffle iron and a healthy dose of mashed potatoes to easily create crispy potato appetizer bites loaded with whatever you choose. See the recipe. 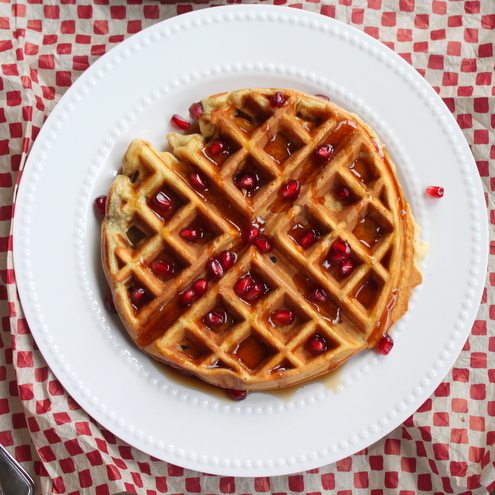 The addition of oats gives these hearty waffles a burst of flavor and fiber and the pop of red pomegranate seeds makes for a festive breakfast. See the recipe. 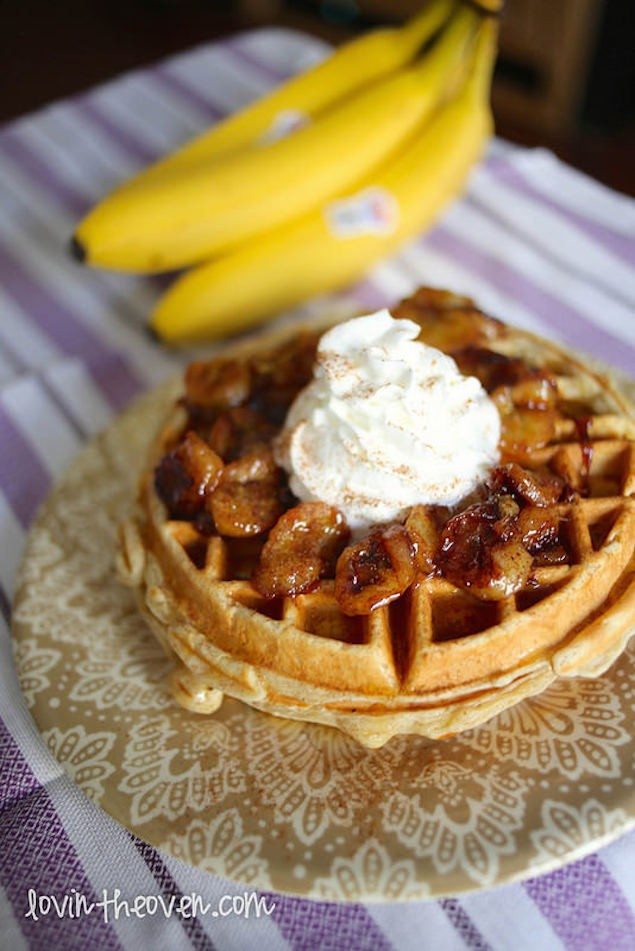 Waffle batter is spruced up with cinnamon, bananas, and yogurt and topped with rich, caramelized bananas. See the recipe. 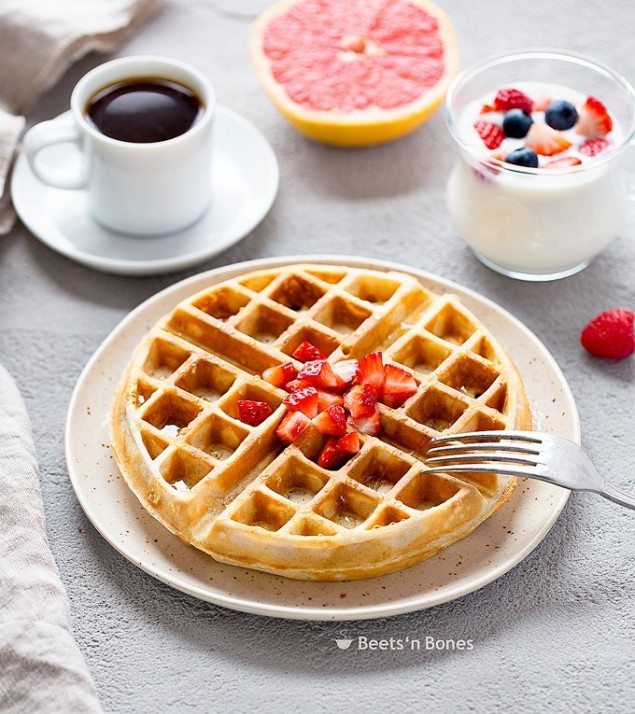 The perfect balance of crispy and light, while still being made with whole grains, these waffles a morning delight. See the recipe. 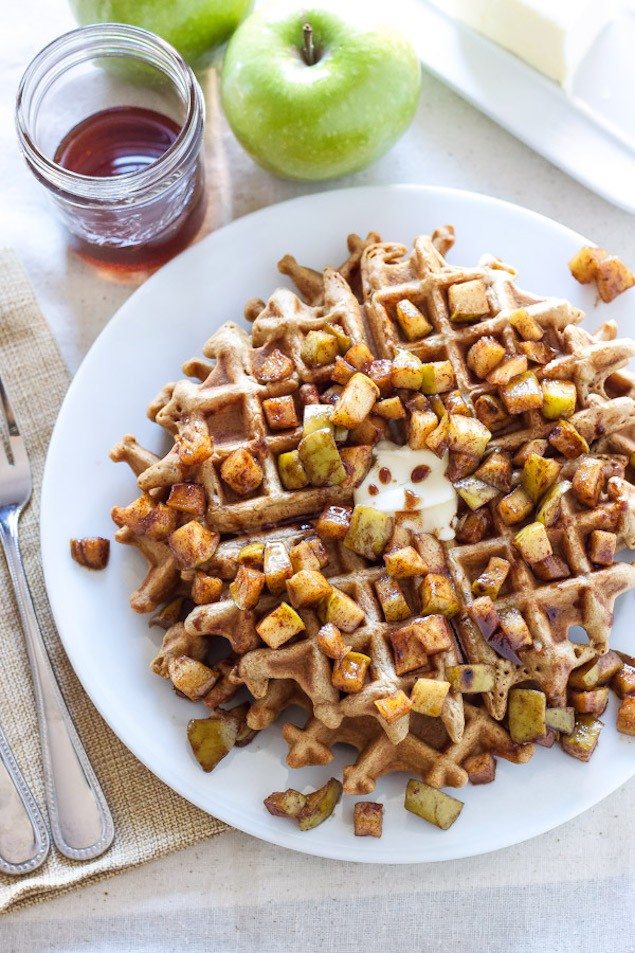 Perfectly spiced cinnamon waffles topped with sweet caramelized apples are sure to get you out of bed even on the coldest morning. See the recipe.