Filling dumpling soup served with a ginger and chili spiced dipping sauce that is irresistible. If there happens to be any leftovers, and we doubt there will be, dumplings for breakfast are always winners.
By Christina Soong Kroeger 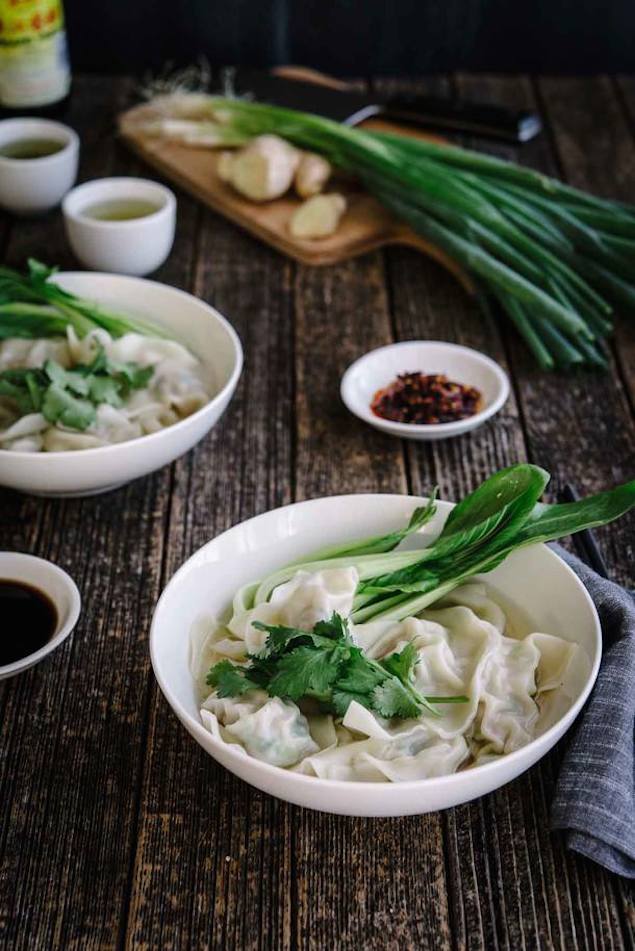 My dumpling soup recipe includes spring onions and ginger (ingredients 2 and 3) but I make my kids a modified version, substituting 1/2 cup finely diced bok choy leaves for the ginger and spring onions. This was my mum’s idea and while I’m not fond of adapting recipes for kids, my kids can’t get enough of the bok choy ones.

I’m completely addicted to the spicy dipping sauce I’ve included below. I love spooning it over my bowl of dumplings – the vinegar cuts through the richness of the pork while the ginger and chilli explode across my tastebuds like fireworks.