It’s like a pumpkin spice latte for your breakfast. Only healthier and more filling.
By Ruth Kirwan 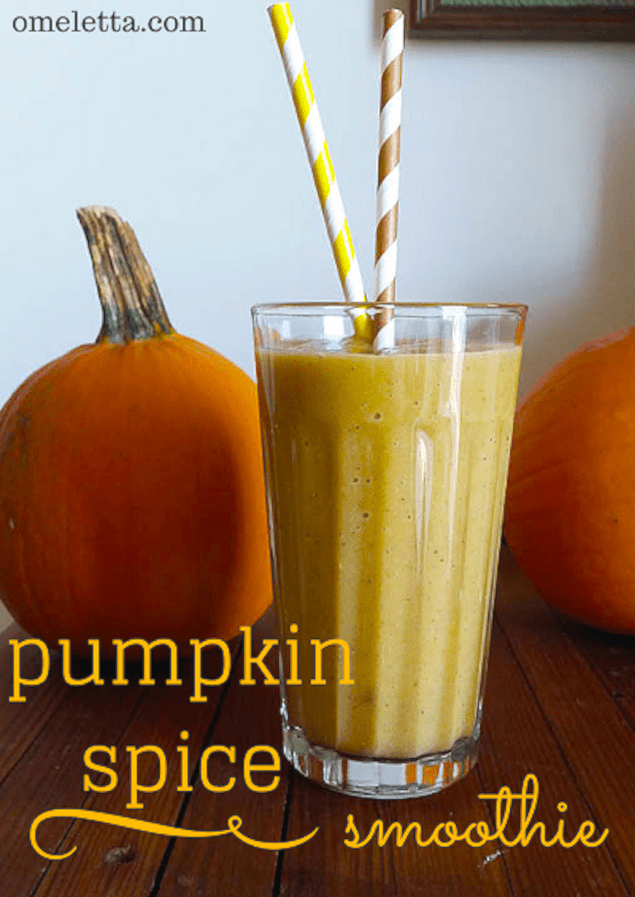 Know what I don’t get? The Great American Pastime of the PSL. Yep- Pumpkin Spice Lattes, of which is am so not a fan. They taste like pumpkin cupcake flavored coffees, which I’m assuming is the draw, but that’s just not my jam. I’m a sucker for a good flavored coffee but I was just never able to jump on the PSL bandwagon.

So I’m forging my own pumpkin path! I’m doing my own pumpkin thing! I’m making pumpkin smoothies and drinking them like a boss! And then the baby will eat all the rest of the pumpkin puree I’ve made, because she has suddenly decided its the greatest tasting thing in the entire known world, and when I plop a spoonful of puree down on her high char tray she will scoop it up with her fingers so assiduously that most of it even gets in her mouth. And not, say, on the floor, or the wall behind her, or smeared down the side of the standing fan that is stupidly placed next to her high chair.

So pumpkins are a thing around here. Just not the way that Starbucks likes it. We’re such rebels.

Print
It's like a pumpkin spice latte for your breakfast. Only healthier and more filling.
Author: Ruth Kirwan
Recipe Type: Breakfast, Drink
Ingredients
Instructions
For the pumpkin puree
3.2.1275