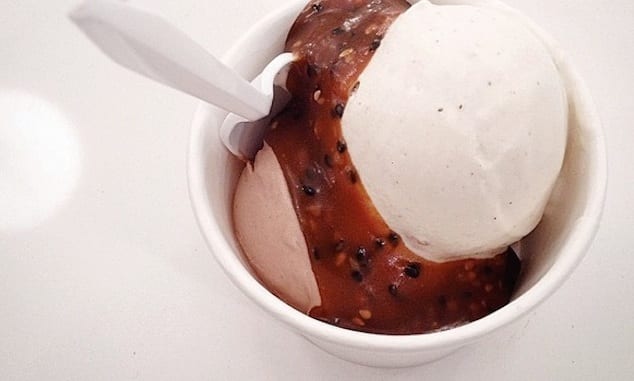 Morgenstern’s is an NYC parlor making egg-less ice cream and may have developed the quintessential frozen dessert. The texture is light—rich, but not overly indulgent. The flavors skew savory and are all about subtlety.
By Carly De Filippo 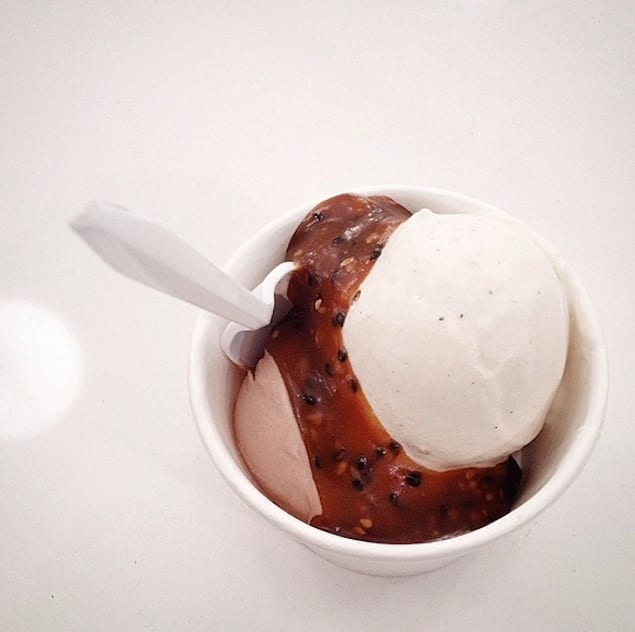 As a born-and-bred American, it seems there are a few foods that I’m required to like. Peanut butter, first and foremost. Pizza, or anything with melted cheese for that matter. And don’t forget the ultimate nostalgic dessert: ice cream.

Yet just as my cravings for peanut butter, pizza and gooey cheese have receded into distant memories, somewhere between my Ben and Jerry’s pint for dinner college days and now, I seem to have lost a sweet tooth for this most sacred of sweets. Sure, I’ve had grown-up flings with “froyo”, gelato and vegan coconut ice cream (now a staple in my freezer). But when it comes to the sweet, dairy-heavy scoops that top my friends’ favorite cones, my fond memories deceive my taste buds. 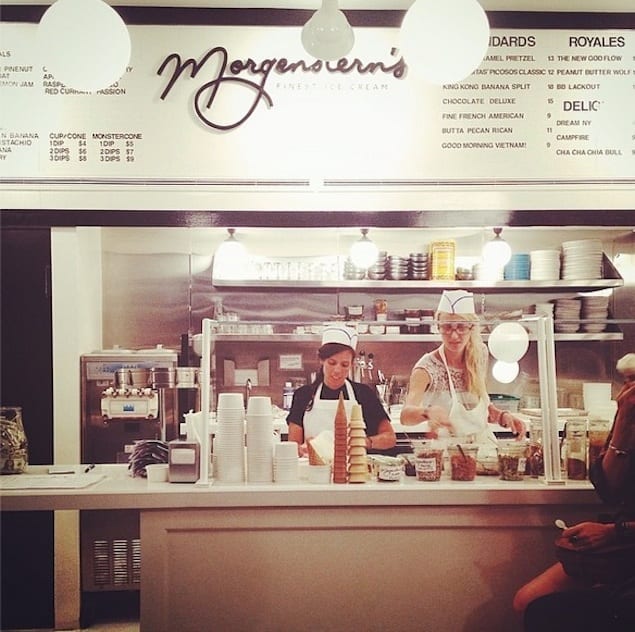 That was, until I met Morgenstern’s. This prince of egg-less ice cream may just have developed the quintessential frozen dessert. The texture is light—rich, but not overly indulgent. The flavors skew savory and are all about subtlety. There’s not just one vanilla, chocolate, coffee or caramel, but rather, anywhere from three to seven of each on the menu at any time. But most of all, there’s the house specialties, including salt and pepper pine nut. 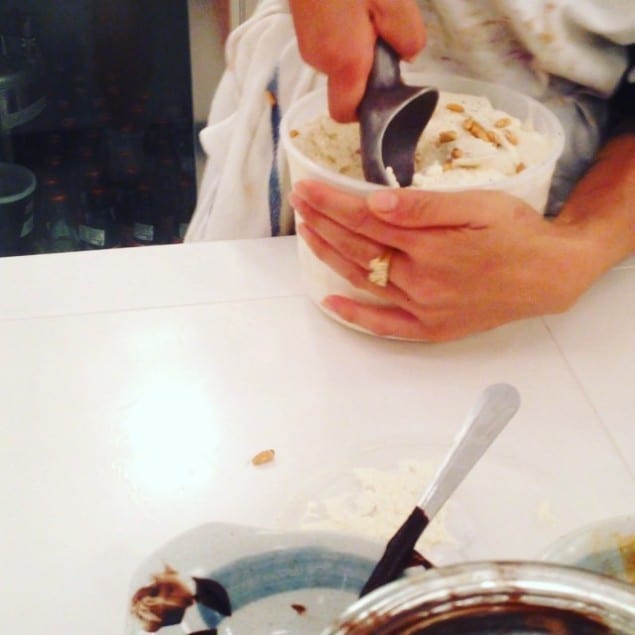 Oh, salt and pepper pine nut—you may be the most beautiful ice cream creation I’ve ever witnessed. On a cream-colored, small batch base of lip-tingling pine nut ice cream, the Morgenstern ‘creamistas sprinkle coarsely ground pepper, salt and caramelized pine nuts. They cradle these crunchy bits with each flick of the wrist, hiding them inside a hand-carved scoop. It’s the tootsie pop of ice cream. 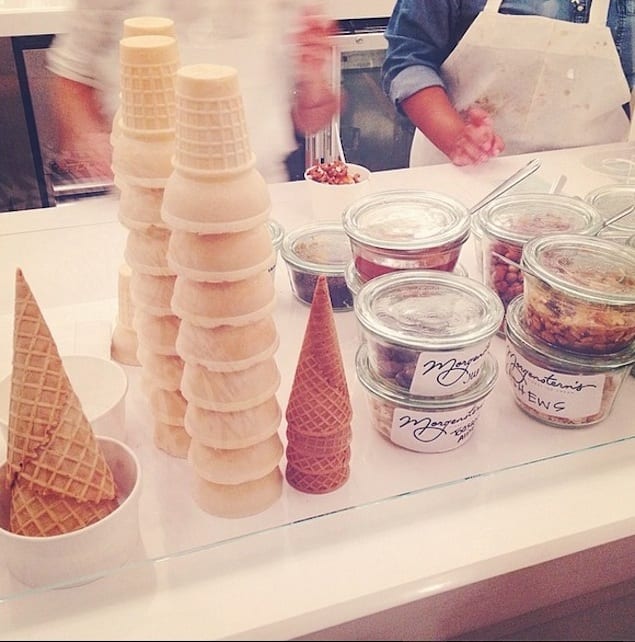 And yet, returning five times within my first month of meeting Morgenstern’s, I’ve discovered even more unique flavors to love. The best coffee ice cream I’ve ever had, swirled around a core of shatteringly crisp honey comb. A szechuan peppercorn chocolate that burns smoky, instead of merely lip-numbing. The gamey combo of black walnut and fernet branca. And the platonic ideal of vanilla—creamy madagascar beans that transport you to a 1950s diner with a single bite.