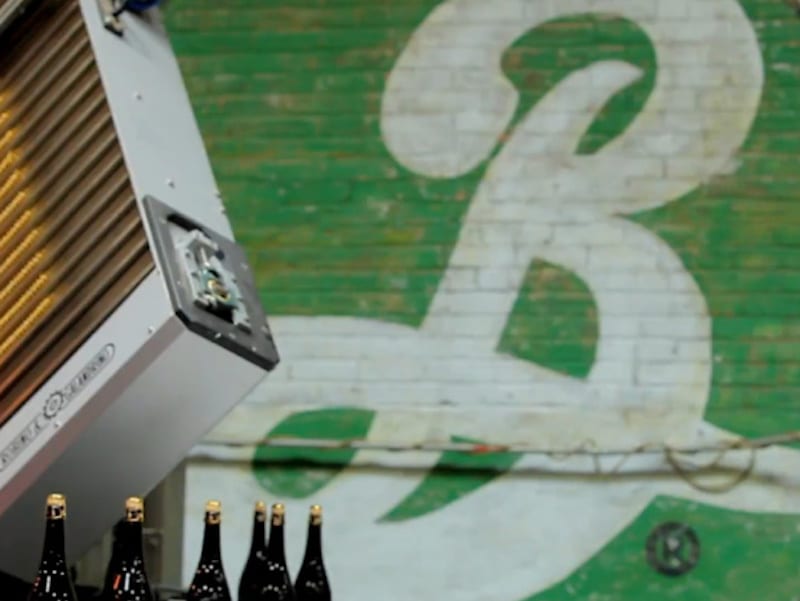 By Emily Arno for Relish

True to its name, craft beer is most certainly a honed craft. And few know this better than Garrett Oliver. After a hobbyist fascination with creating rich, flavorful craft beers at home bloomed into full-blown brewing passion, Oliver worked his way from assistant at the now-closed Manhattan Brewing Company to Brewmaster at the beloved Brooklyn Brewery—a brewery routinely ranked as one of the world’s best. Now revered as the “go-to beer guy,” Oliver even took the role as editor-in-chef of the Oxford Companion to Beer.

So who better to shake down for home brewing advice? In the following interview, we tapped Oliver for his story, some priceless advice on making home-brewed craft beers, his personal favorites and a few hints on what’s in store for Brooklyn Brewery (Hint: Things are going international).

Relish: Do you recall a distinct “lightbulb” moment when you decided to pursue brewing as a career?

Garrett Oliver: Actually, sort of, kind of, yes. When I was home brewing, I had a day where I went in to see Mark Witte, who was the Brewmaster at Manhattan Brewing Company back in 1989…And I said, “How are things going?” And he said, “Well, things are about to get a lot tougher now that my assistant is leaving.” And that was pretty much the moment.

I virtually grabbed him by the collar and said I wanted the job. Now, of course I had no idea what that entailed, and a few weeks later my income had dropped by 75%, and I was in the middle of summer in a room full of boiling liquid with no air conditioning.

And this is what I had asked for, you know, and I’m sure the same thing happens to people who decide that they want to cook professionally…The real life doesn’t look much like the hobby, in the same way that cooking at home doesn’t really resemble in any way cooking in a restaurant kitchen. That was the serendipitous moment where I made the decision in probably about five seconds that this was a leap I wanted to take.

R: How long had you been brewing at home at that point?

GO: I guess at that point it had to have been four or five years…back in those days people really brewed largely so that they could get decent beer. There wasn’t anywhere else you could get it, except maybe you could go to Manhattan Brewing Company or eventually there were one or two other brewpubs.

R: So it wasn’t so much for the art, it was more of a necessity.

GO: Well it started with necessity, and then it went to art. I fell in love with brewing after actually doing it. My best friend got me a home brewing kit for Christmas in 1984 because he was tired of hearing me complain how I couldn’t get a decent beer…So he’s like, “Here you go, stop complaining, make your own.” So I did. And once I started doing it, I was like wow, this is really cool.

R: Do you have a home brewer kit that you’d recommend? Maybe a brand that you specifically like?

GO: Here in Brooklyn there are a couple of home brewing shops—Brooklyn Brew Shop and some others. I think the best thing to start out with is a set of basic equipment…And it really doesn’t involve all that much. I like the old style, what they call a carboy, old five-gallon glass jars that used to be used on top of water dispensers. Today those are made of plastic…[but] those glass jars are still around, and they’re widely used by home brewers. They’re perfect for making the standard sized batch of home brew beer.

So that’s a good place to start. You need a good brewing pot, and you need tubes and hoses and a few other things. But really, for probably less than $150, you can have a very workable kit. There are some kind of smaller instant kits and things like that. They’re good for one or two uses—maybe just to get your feet wet. I started pretty much with the full rigged set.

R: Where is a good place to begin when it comes to brewing beer? Maybe a type of beer to brew, or different materials that you should start off with?

GO: I think there are two main philosophies going about brewing. One is that you simply want to be creative, have a little fun and see what happens—in which case you can start with whatever you feel like your favorite brewing style is. Say you love Saisons, which are Belgian farmhouse ales. You could decide you’re going to try that first.

But the thing is, if you try something different every time, you don’t eventually learn very much, because when you change one of the parameters you won’t know what happened. So you can kind of play around, which is perfectly fun, or if you’re trying to actually get better, you might for example start off with pale ales and say, “Okay, I have an idea in my head for a pale ale and I’m going to brew it over and over again until I hit it.” Of course, you can mix it up—brew a few of those and then go off on a different tangent and you can combine them however you like.

R: So there’s not a particular beer that’s easier to brew than another?

GO: I think most people these days tend to start with relatively familiar styles like pale ale or brown ale. Not that many people start with lagers because they require cold fermentation, and therefore you need refrigeration…so that’s relatively rare.

R: What are your top words of advice for someone who’d like to start brewing their own beer?

GO: There are some good books out there. There’s one called How to Brew by John Palmer, which I hear is good. Charlie Papazian’s The Complete Joy of Home Brewing is considered a classic…The online community for home brewing is very large. There is, of course, the American Homebrewer’s Association, which is a big organization that’s full of info for starting home brewers.

The biggest thing I would say is—join a local club. There are home brewing clubs, and going to meetings is always fun. You get to meet people who are in your hobby, and by talking to them [more experienced home brewers], you can really remove years of trial and error.

R: What is the most difficult part about getting a craft beer right at home?

GO: The home brewer, depending on his or her point of view, might want consistency, or they might just want something that’s really tasty. In which case, I think the challenge really is to make something that’s balanced and has good structure to it. Beer should be fun and interesting to drink.

I don’t think it’s very interesting to make a beer that is gratuitously challenging. For example, you see people who are trying to make the strongest beer, or the bitterest beer, or something like that. Which is kind of like cooking a stew, and trying to make the saltiest stew anyone’s ever had…The goal of any brewer really should be to make something that’s delicious, and if you’re not going to do that, there’s really not much point.

Relish: What is your favorite beer to brew at home?

GO: I haven’t actually brewed much at home for a couple of decades now, but when I was home brewing, I was particularly an aficionado of stouts, often with some fun ingredients.

R: Do you have a favorite beer of the moment? Not necessarily one you’ve brewed, just one you really love right now.

GO: There are really so many things that are in my head—we’re opening a brewery in Sweden, in Stockholm, and probably the best beer that I’ve had recently was by a tiny little brewery in Sweden called Brekeriet. It’s three brothers who are making beers that are mostly fermented by wild yeast, and they’re funky, they’re sour, and they’re real throwbacks to the way a lot of beers used to taste hundreds of years ago.

Among beer geeks like myself, you’ll find that what are referred to broadly as “sours” are very much on our minds. I had a couple of glasses of a beer called Fritz Briem 1809 Berlinerweisse, and I’ve had it before, but it’s probably still my favorite beer that’s come out in the last 5 years or so. He [Professor Fritz Briem] is basically making this old style of Berlin beer, which is a sour wheat beer the way Napoleon would have found it when he wrote about it in 1809 and called it the “Champagne of the North.”

R: Why did you choose Stockholm to open your new extension of Brooklyn Brewery?

GO: We’ve been there many, many times and for a great many years. We love Sweden. We have great partners in Stockholm, which is a brilliant city, and it was just a great opportunity. The brewery is right there in these beautiful old buildings on the water at a harbor right in the middle of Stockholm. People said, “Hey, do you want to join us in this thing?” and we looked at it and said, “Duh!” It wasn’t too hard to figure out.

The Beer for Breakfast Milkshake