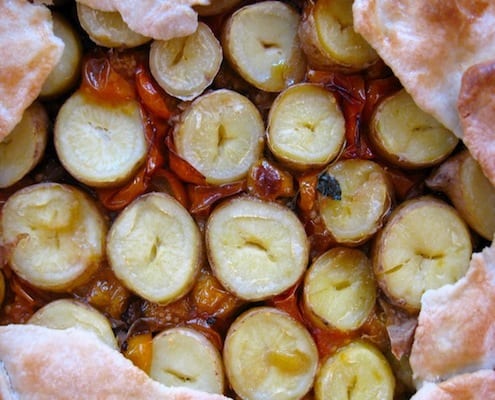 The husk cherry tomatoes in this galette certainly blur the lines between sweet and savory, keeping your taste buds guessing.
By Carrie King 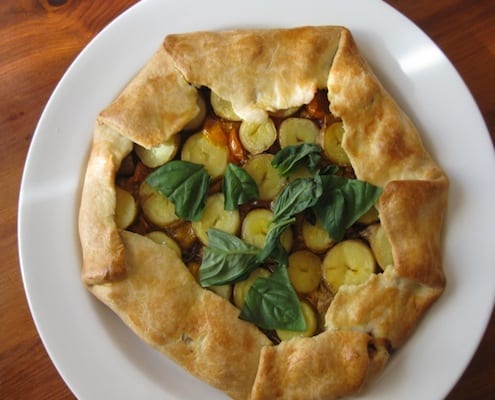 It’s rare that I peruse the greenmarket and find a new fruit or veggie that has somehow escaped my radar. On the occasion that I do make a new discovery, I cannot wait to get said fruit or veggie home to my kitchen where I can experiment. Tomato season has handed me husk cherries and they have sufficiently blown my mind. 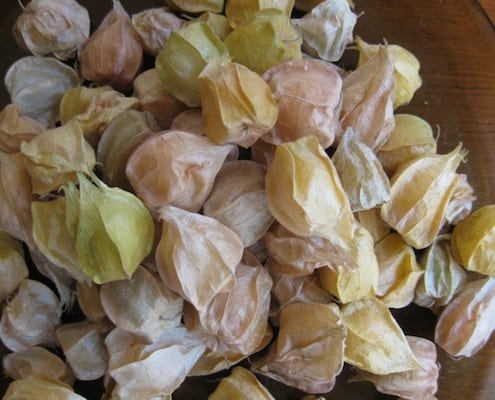 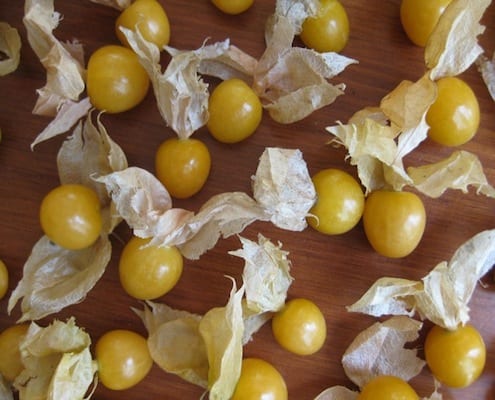 Until recently, I had no idea what a husk cherry, aka ground cherry, was. In my last post, I wrote about the unparalleled sweetness of fresh summer corn. Well, it’s time for corn to move over, because there’s a new sweet in town and it also comes all wrapped up in a husk, but inside there lies a teeny-tiny tomato.

These cherry tomatoes are kind of an anomaly. They are sweet and tart at the same time, making it hard to pinpoint what it is exactly that you are eating. On first bite, I was sure it was a berry. Then I had another, and was convinced of its tomato status. As if their unique taste wasn’t perplexing enough, their appearance seems equally designed to confuse. The actual fruit is hidden inside a papery husk, which makes it resemble a gooseberry or a very small tomatillo, both of which are relatives.

I was unsure whether to make a dessert or to go the savory route. I guess because I was on the fence, I decided to go with a galette, somewhere in the middle of tart and pie. I took advantage of the natural sugars that ooze from the caramelized onions and roasted husk cherry tomatoes, adding discs of fingerling potatoes, so new and soft that they act as sponges, absorbing a lot of those sweet flavors and helping to provide balance. The addition of fresh oregano and basil help to remind that, in spite of its naturally sweet inclinations, this is a savory dish.