Warm up the kitchen with the beautiful aromas of this pear and apple oatmeal crisp served with a scoop of ice cream. 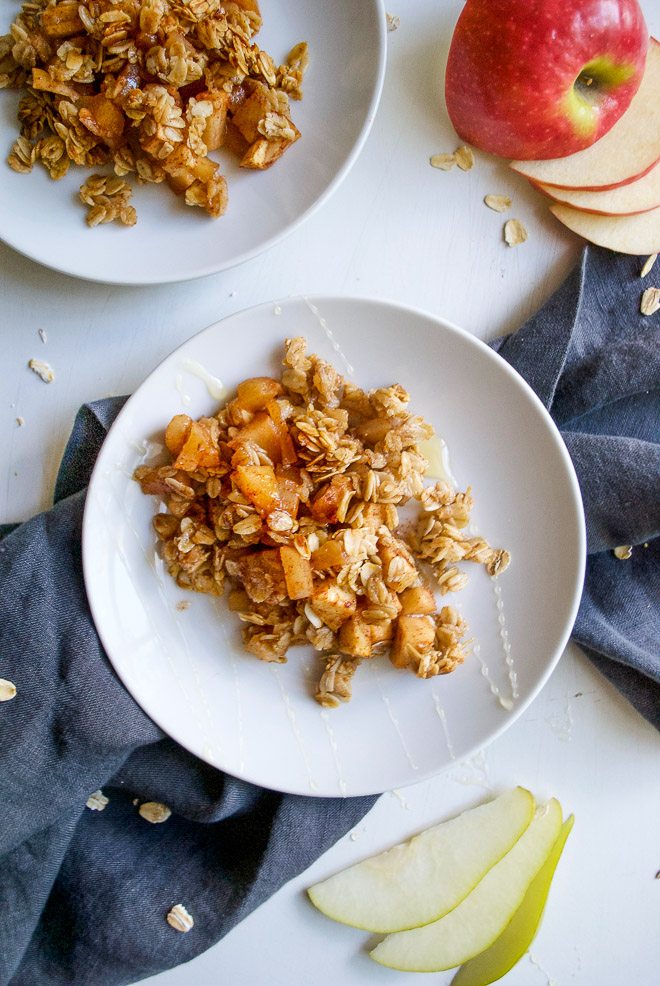 Healthy, refined sugar free, dairy free and gluten free. Another one of those feel good desserts.

My husband has been eating this for breakfast and dessert because we’re trying to greatly reduce the amount of sugar that we eat. Did I mention that that’s a struggle?! But we’ll get there. This crisp is also kid-approved. My toddler loves it! He already loves fruit as it is, but adding in some oats with some coconut oil helps him to get a little extra fiber and healthier fats.

Alright, to make this crisp is super simple. It’s similar to my mixed berry oatmeal crisp. Grab some of your favorite types of apples (we love to use Pink Lady apples) and pears, cinnamon, vanilla extract, oats, salt, coconut oil, honey, and maple syrup and you’re good to go! 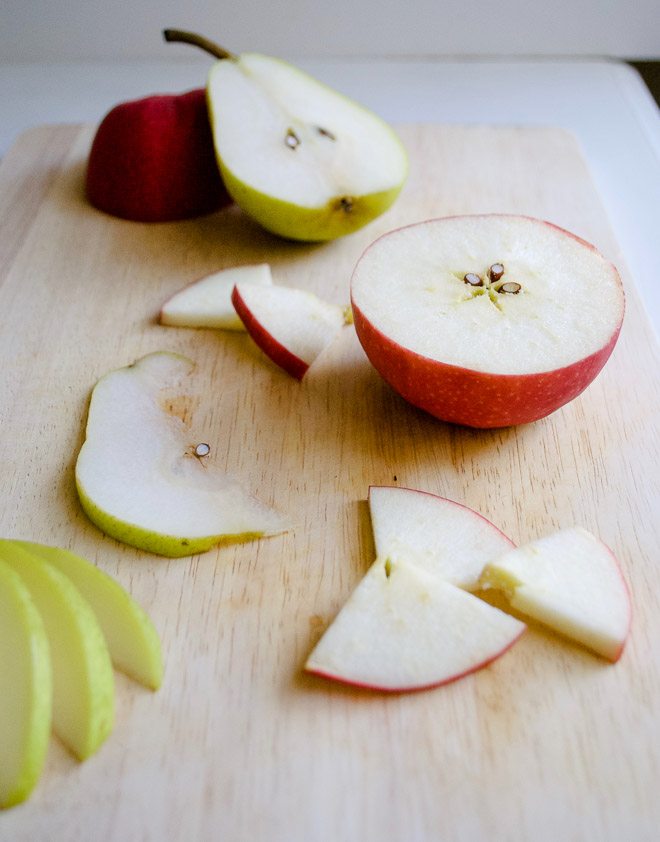 In a medium bowl or baking dish (I just use the baking dish because less dishes!), mix together apples, pears, cinnamon, vanilla, honey and salt. In another small bowl, combine oats, coconut oil, maple syrup, cinnamon and salt. Sprinkle topping evenly on top of the apple pear base. Then bake at 375 degrees F for 17-20 minutes or until the topping is golden brown, sides are bubbly and fruit is soft. 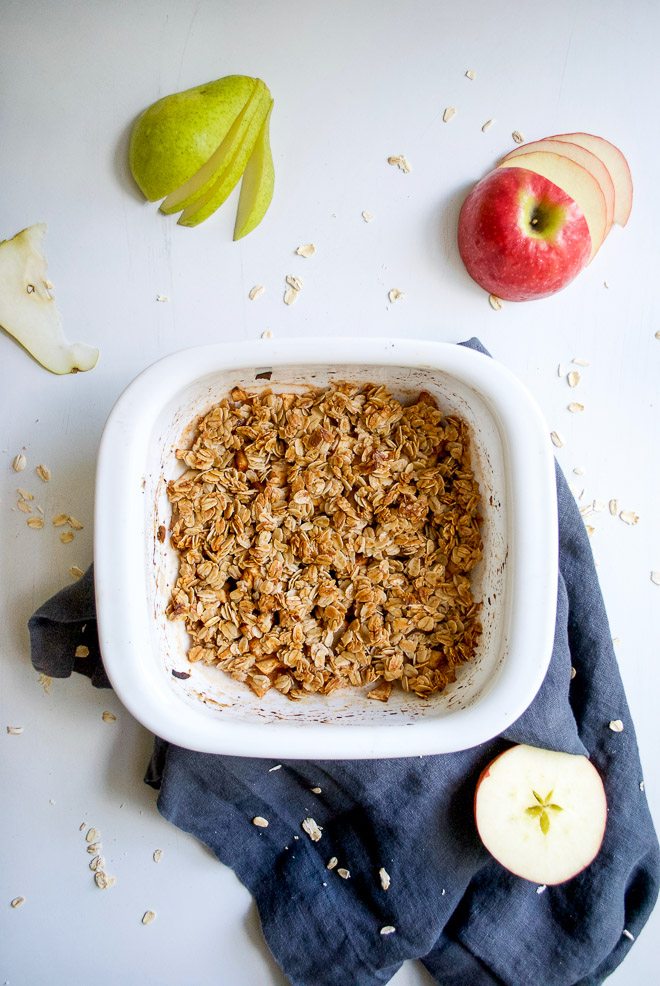 Now you can add a delicious scoop of vanilla ice cream to this Pear Apple Oatmeal Crisp and it would take it over the edge. But if you’re trying to be on the healthier side, it’s wonderful as is! You’re getting servings of fruit, fiber, and healthy fats! You’ll never realize that it doesn’t actually have any refined sugar because of the natural sugars of the fruit. And the maple syrup helps to add a “buttery” like flavor which makes it YUMMM!!! 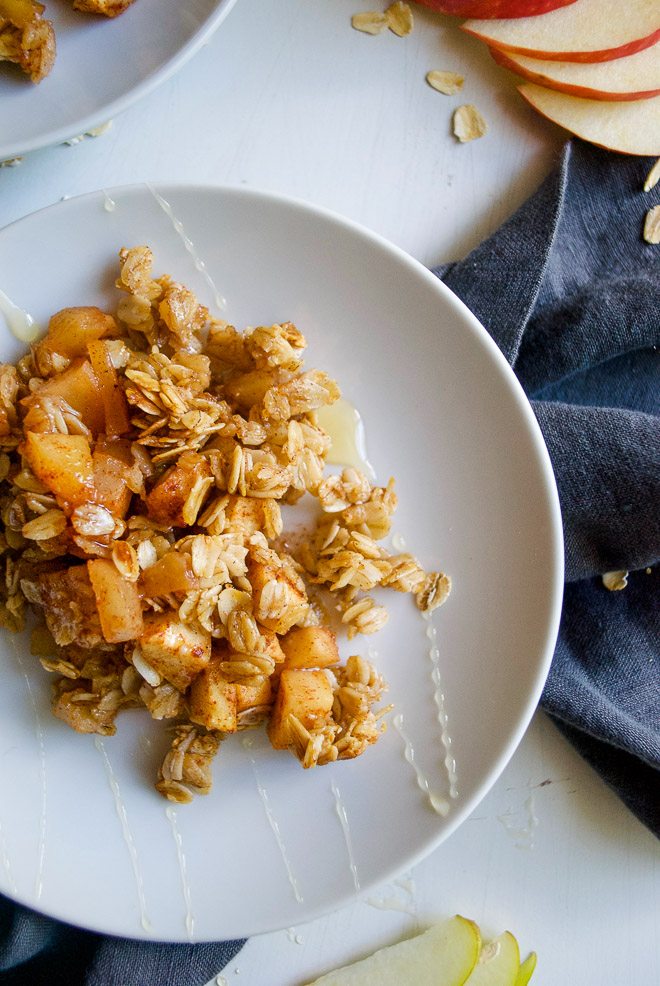 So enjoy this Fall like dessert with those you love!