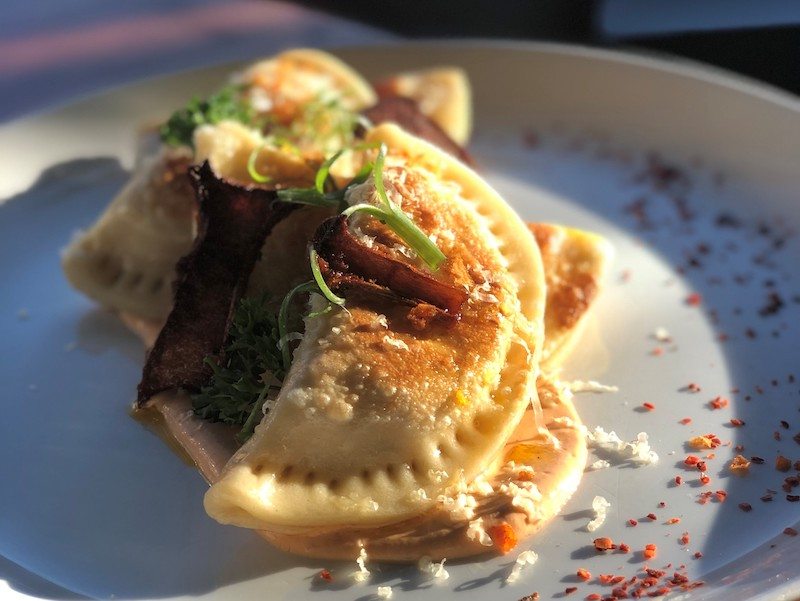 The pierogi, a Polish comfort food that is well-loved in Michigan and beyond into the Midwest is now being served with a twist by some of Detroit’s favorite chefs, Joe Giacomino and John Vermiglioof of Grey Ghost. 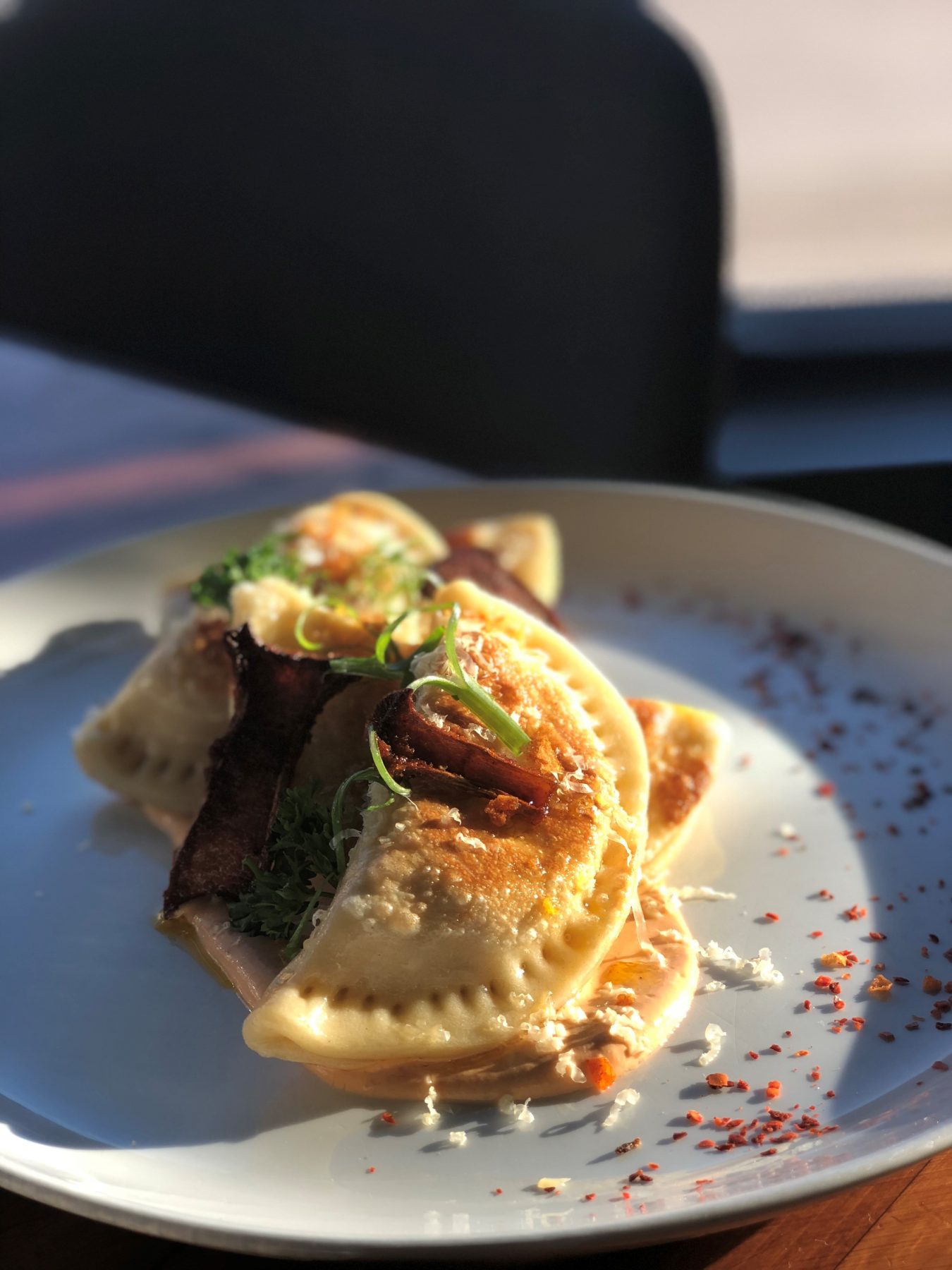 What happens when you combine a beloved Midwestern dish with Polish roots and some of Detroit’s best chefs? Delicious, delicious comfort food. For Co-Chefs Joe Giacomino and John Vermiglioof Grey Ghost in Detroit, the answer is a crave-inducing ode to the pierogi: Loaded Potato Pierogis with Bacon Mushrooms. Their dumpling dough that wraps around the potato-cream cheese filling is made with sour cream and served seared with a garlic-chili paste, sour cream, and vegetarian bacon mushrooms that have been smoked to perfection. It’s loaded with umami and such a refreshing presentation for the classic pierogi from one of our personal-favorite Detroit restaurants.

Why present a new rendition of the pierogi? Chef John wanted to pay homage to the strong Eastern European culture that is such a big part of Metro Detroit. Growing up in the area, he fondly remembers being introduced to the warm, happy flavors of the pierogi as a child.

“I knew it was a risky maneuver to recreate something with such a rich and storied history in the area, but I couldn’t shy away from the challenge. Putting our own touches on a classic dish is what regularly inspires the menu here. My favorite memory of eating pierogis stems from my childhood, when we would go to the Michigan State Fair. There was always a huge variety of food vendors, with the fancy light up booths, I would walk by funnel cake stands and corn dogs on a stick, just to get to the Polish food cart. I would order as many pierogis and stuffed cabbage as my parents would allow, and eat them all until I couldn’t move.”

And bacon mushrooms, what’s that about? Chef John explains…

“The accoutrements for this dish were inspired by a loaded baked potato, of which I strongly believe has to have some bacon on it to meet “loaded” qualifications. We always keep our vegetarian guests in mind when we write our menus (hence the menu section “Not Meat”) and felt strongly that we wanted this dish to be available to them as well. Marinated, roasted and smoked trumpet mushrooms were the perfect way to bring the goodness of salty, smoky bacon to the dish, without the use of actual bacon.

Chef John offered up the perfect drink pair with this dish that we can’t stop thinking about. Imagine a riff on the Old Fashioned, made with Irish whisky, smoked sea salt and maple. At Grey Ghost, this drink is called Strange Clouds and it’s the perfect sweet and smoky match to the hearty potato-based dish.

Besides being excited to showcase one of his childhood favorites on the menu, Chef John is excitedly awaiting tomato season’s arrival in Michigan. Be prepared to see them all over the Grey Ghost menu when they do make their debut! In the meantime, go try their take on pierogis and check out the recipe below. 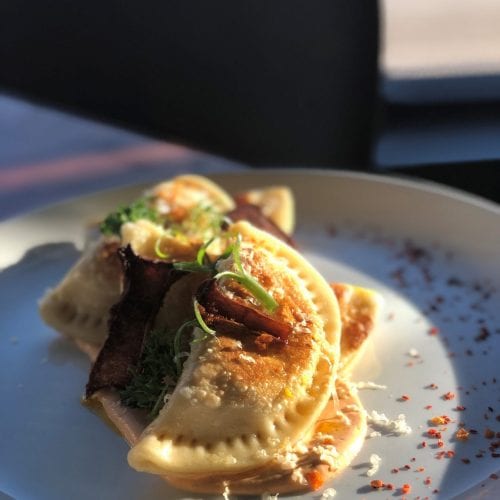