by Taylor Mathis and Sally James 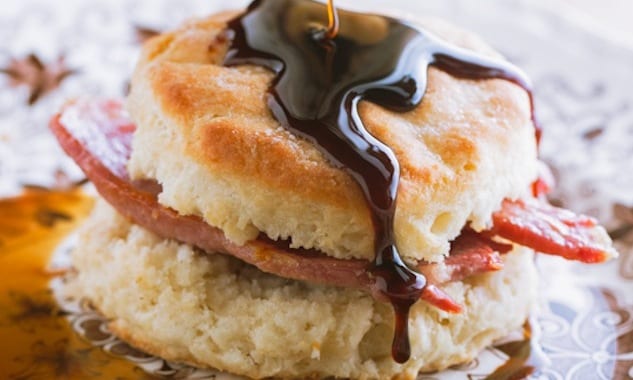 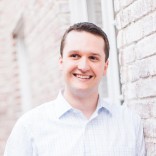 Sally James and Taylor Mathis are a mother and son…

Perfect for a weekend breakfast, this fluffy biscuit sandwich is great with a slice of salty ham and doused with gravy.
By Taylor Mathis and Sally James 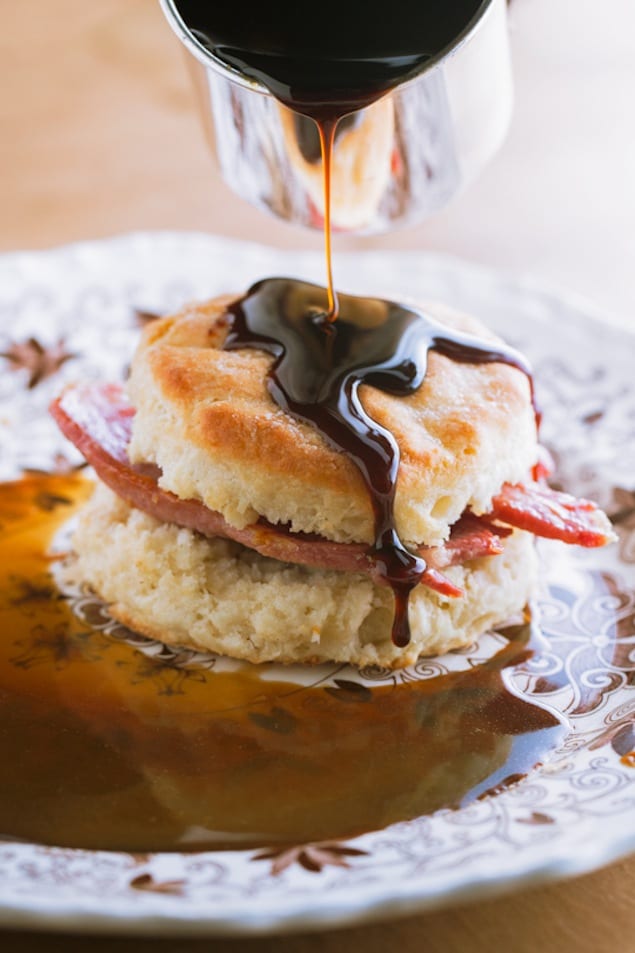 Taylor’s great grandmother, Elizabeth Hancock James could flat cook. She was a little girl in upstate South Carolina when her mother passed away. Raised thereafter by the family cook, Mama J’s collard greens were the best I have ever eaten. Salty country ham and sweet potlikker that tasted like candy! Coconut cake, Impossible Pie and Franklin Nut cake were always on the sideboard when I visited. As a child, I loved to watch her work her magic in the kitchen. I smile as I remember Mama J barking at my father, Carl, to get outside as he tried to sample whatever she was cooking.
Mama J. would make buttermilk biscuits without measuring. She was an intuitive cook and had made biscuits so many times that she just had a feel for it. I would watch her pop the dough in the oven and walk away while telling me, ” not to worry, the biscuits will tell us when they were done.” I loved the idea of talking biscuits! 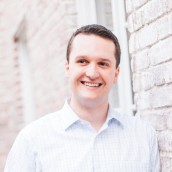 Sally James and Taylor Mathis are a mother and son duo from Charlotte, NC. Sally, a professional recipe developer, and Taylor, a professional Food and Lifestyle photographer, work together to create beautiful and delicious recipes designed to be eaten anywhere! Together they are the creators and authors of the food Blog Taylor Takes A Taste and worked together on The Southern Tailgating Cookbook.