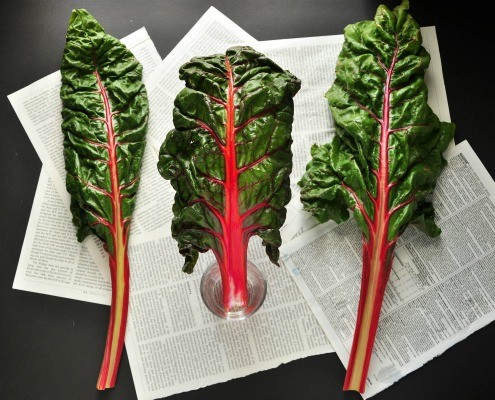 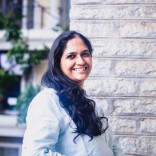 Radhika Penagonda is a vegetarian food blogger, ardent photographer and…

Mango Melon and Lime Soda with Mint and Geranium

There are many more leafy greens to Indian cooking than the only ever popular Spinach made famous through Restaurant menus blistering with a single most common side dish – Palak Paneer.
By Radhika Penagonda 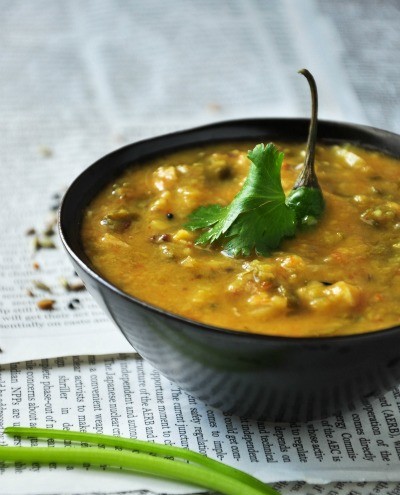 There are many more leafy greens to Indian cooking than the only ever popular Spinach made famous through Restaurant menus blistering with a single most common side dish – Palak Paneer.

However, sparing the Spinach, Fenugreek and Dill, an occasional Amaranth too is quite a luxury, even on the fresh produce days at an Indian or world foods market here in the US. Albeit, If you happen to peek  into a South Indian kitchen, at least one variety of leafy green is a must in a week, many of whom I hardly know the English names for.

Notwithstanding the dearth of variety in Indian leafy greens, I was seeking some random solace in the locally abundant chlorophyll rich produce. Having not been familiar with most American leafy greens such as Kale, Collard greens or Swiss Chard, I had taken the easy route so far – simply avoiding them. Until recently neither did I really show enough interest in the equally beautiful and nutritional Swiss Chard to bring it home and explore, nor did I have a tiny clue that they are a cousin of the colorful beet root. Their vivacious bright red stalk and broad sheeny leaves must have made the calling for me, on the day I felt compelled to buy.

Paanch Phoron is my latest obsession and I catch myself adding it to anything and everything possible from sides to chutneys. The aroma of the spices as they pop and splutter in hot oil has such an amazing effect on the olfactory system, that craving for more is not an option, but a must!

Paanch Phoron Dal being a speciality in that region is the inspiration behind my version where I include Spinach as well for known comfort. Though Swiss chard is almost invisible in the final appearance, it is much like butter that it makes its presence felt in taste, blended with the aromatic spices.

Combine it with hot roti or steaming rice and a spoon of pure ghee for a comforting meal. 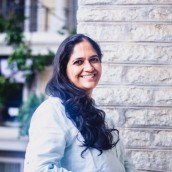 Radhika Penagonda is a vegetarian food blogger, ardent photographer and enthusiastic cook who loves to explore new ingredients and believes strongly in eating with our eyes first. Passionate about home-made food prepared from natural ingredients, minimally processed and close to nature, she shares through her blog how home style or not 100% vegetarian food can be lip smacking tasty and simply delicious.