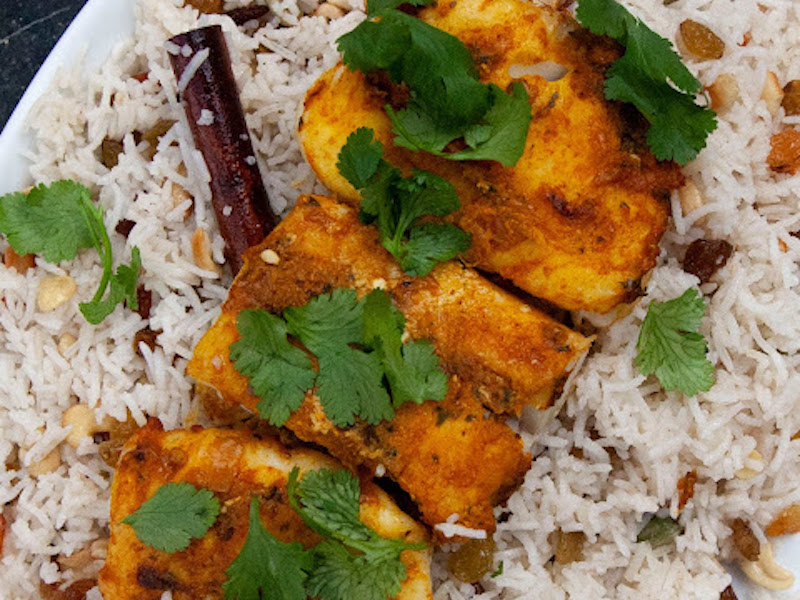 Covered in an Indian spice blend, this kerala baked fish is a delightful and easy seafood recipe full of flavor. 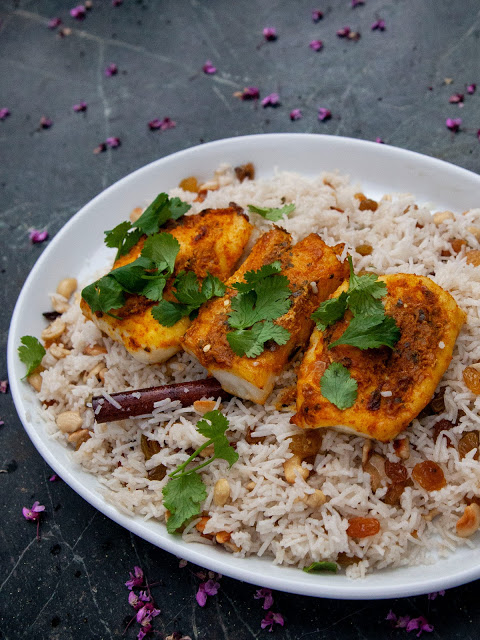 My mother practiced what I like to call Brutalist Cuisine. Fish was cooked into carbon covered with breading, cakes came out raw molten in the middle. The oven was never preheated, one just turned it on shoved the food in and hoped for the best. Directions and recipes? Those are for suckers. Thoughts and prayers was what we used. None of this was accidental, this was deliberate. This was how things were cooked at Fran’s house. Did I mention she didn’t like to cook? A lot of it was based on the fact that she never thought she would ever have to cook, but hey, she married the immigrant’s son her family didn’t like, so the money-train pulled out of the station and she got behind the stove.

My moms fish skills even gave me fish trauma. It took quite a while to learn that fish could actually be fantastic if cooked correctly, and when I started cooking Indian food nearly 30 years ago, I discovered Indian cuisine has lots of amazing fish recipes from all parts of the subcontinent. Some of the best come from Kerala and since Alan was no longer demanding meat every day, but was open to the idea of fish in his diet, I got to work introducing him to some great Indian fish dishes.

It’s one thing to cook on a weekend with time aplenty, but I cook every day in the middle of a writing schedule, so what I cook on weekdays has to be relatively quick and easy. Our main meal is lunch at midday, Alan has an early dinner of the left-overs, or I cook something simple for him. I eat a few vegetables and then we basically fast for about 12 to 15 hours until the next morning. So a good hearty lunch is important. Fast, healthy, filling. That’s the name of the game, which is why I love this recipe. 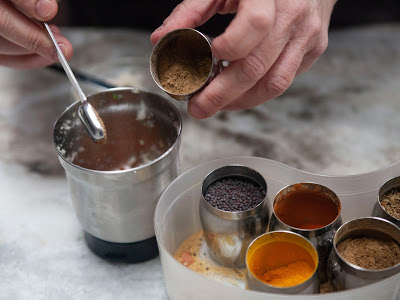 I served this with Cashew Rice and an Indian creamed spinach. 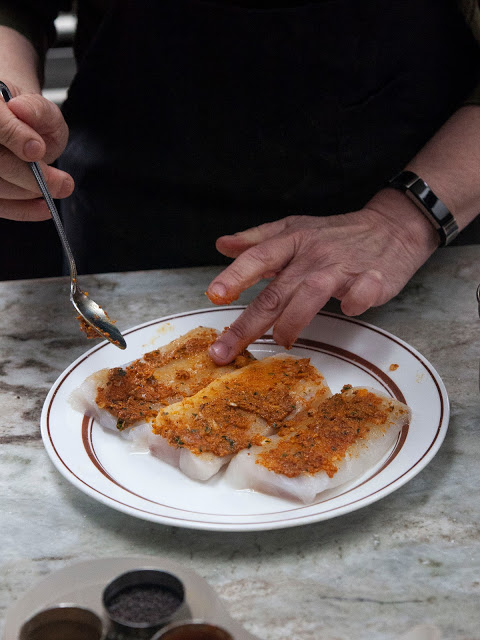 Spicy hot, slightly crispy, lying on a bed of rice studded with cashews, and sultana raisins, it hit the spot taste-wise and time-wise, and the leftovers reheated up easily for Alan’s dinner that night. He loved it and it’s going in my regular rotation. I think he’d have started eating fish a long time ago if he’d had recipes like this, as it’s a great dish for the fish-curious. 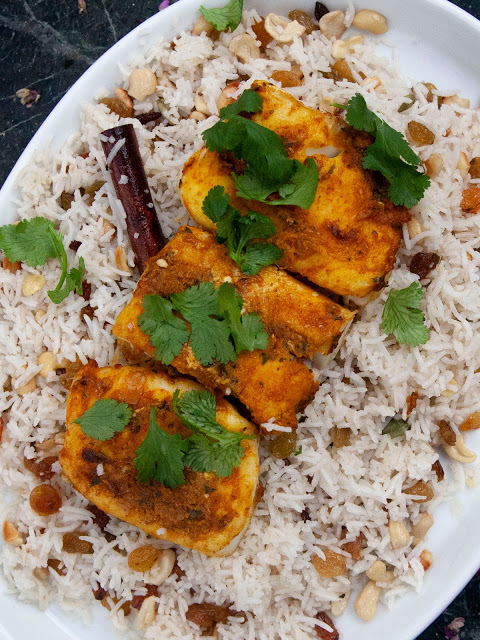 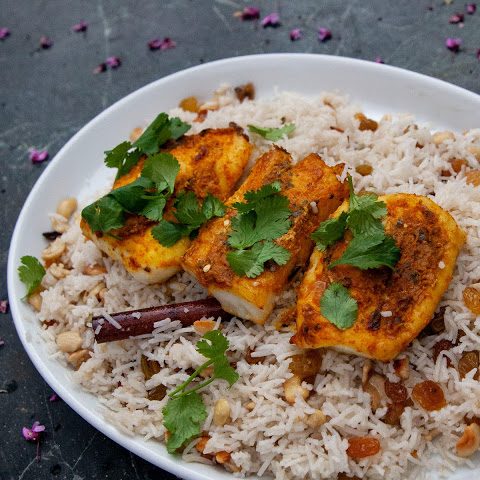 10 Things to Make with Pumpkin Spice this Fall

10 New Seafood Recipes to Add to the Menu