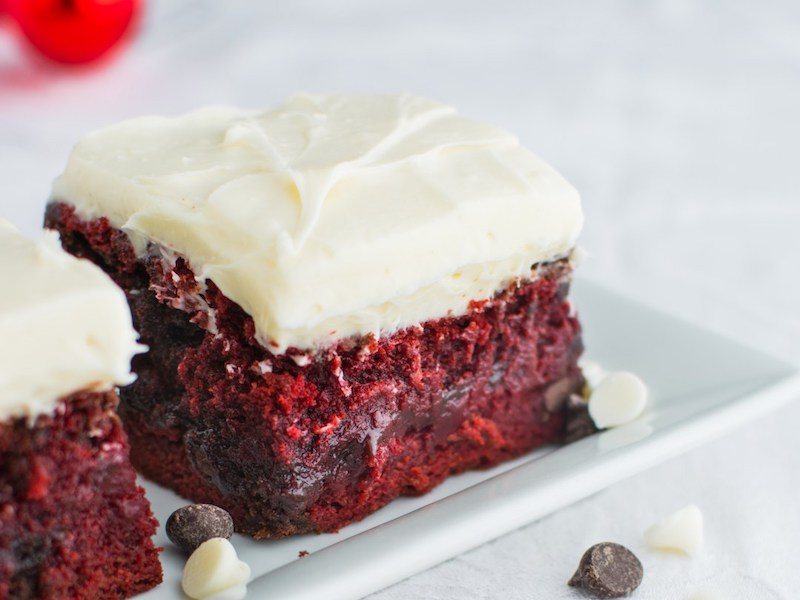 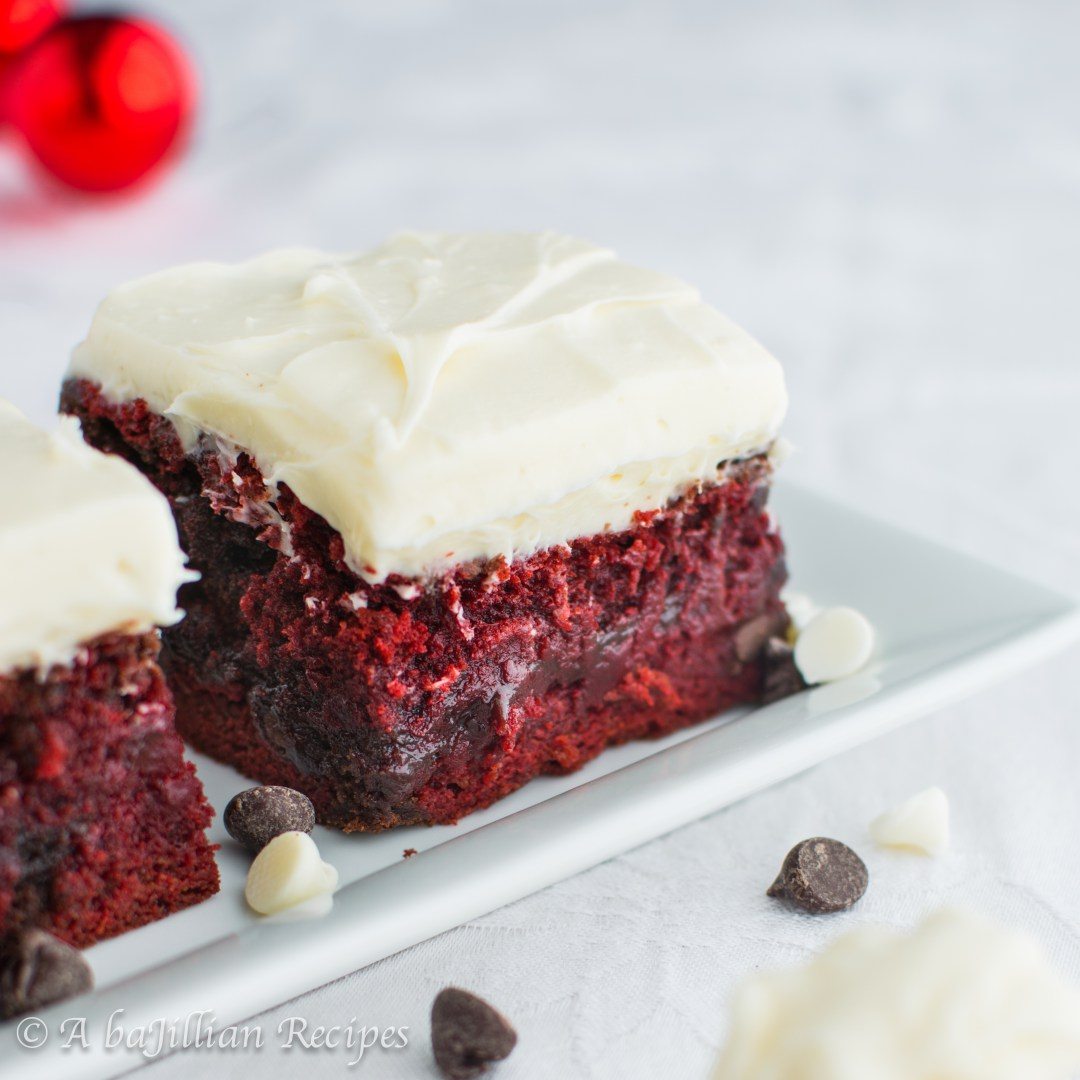 Answer: The most decadent brownie cake your tastebuds will EVER meet.

To say that these brownies are rich is any understatement. I mean, just look at how fudgy and gooey these babies are. I lost about ten pounds of drool while taking these photos. 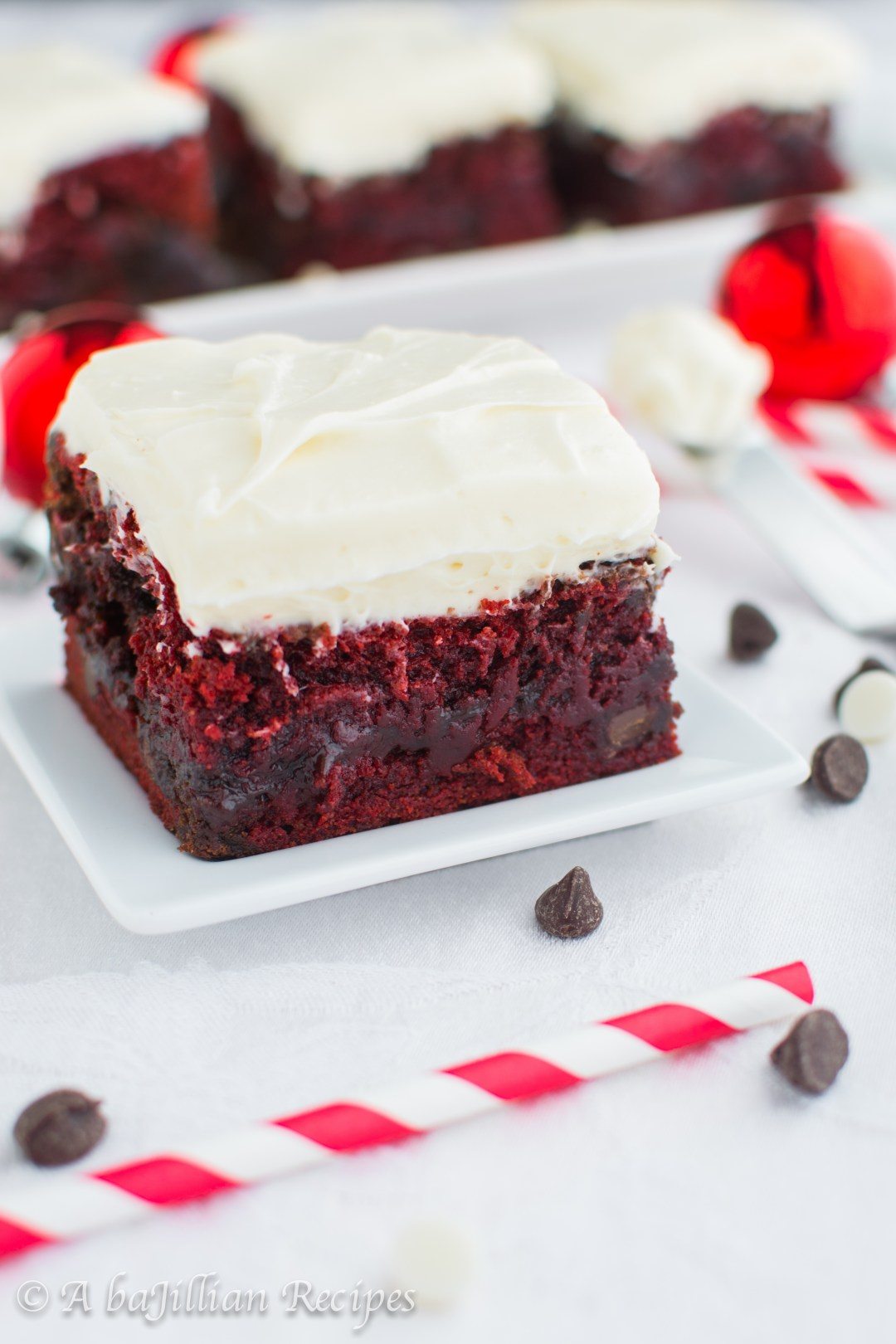 You might notice that these brownies are pretty gosh darn massive. For one thing, I baked them in an 8-inch square pan instead of a 9×13-inch pan. I wanted maximum thickness, so I opted for the smaller pan. This recipe can also be made in a 9×13-inch pan, but keep in mind that the baking time will be cut in half—about 20-25 minutes.

For picture purposes (and because I’m just a fatty), I cut these brownies nice and BIG. Because it’s all about presentation. And having an excuse to eat a gigantic brownie that could feed a small country…

Luckily, this recipe is a *snap* to throw together. Why? It uses two box mixes, which means less ingredients to gather and less dishes to wash! You’re welcome.

Any old brownie mix will do, but for this recipe I used Ghirardelli’s brand which had milk chocolate chips. If your brownie mix doesn’t have chips in it, you can always stir in about a half a cup. 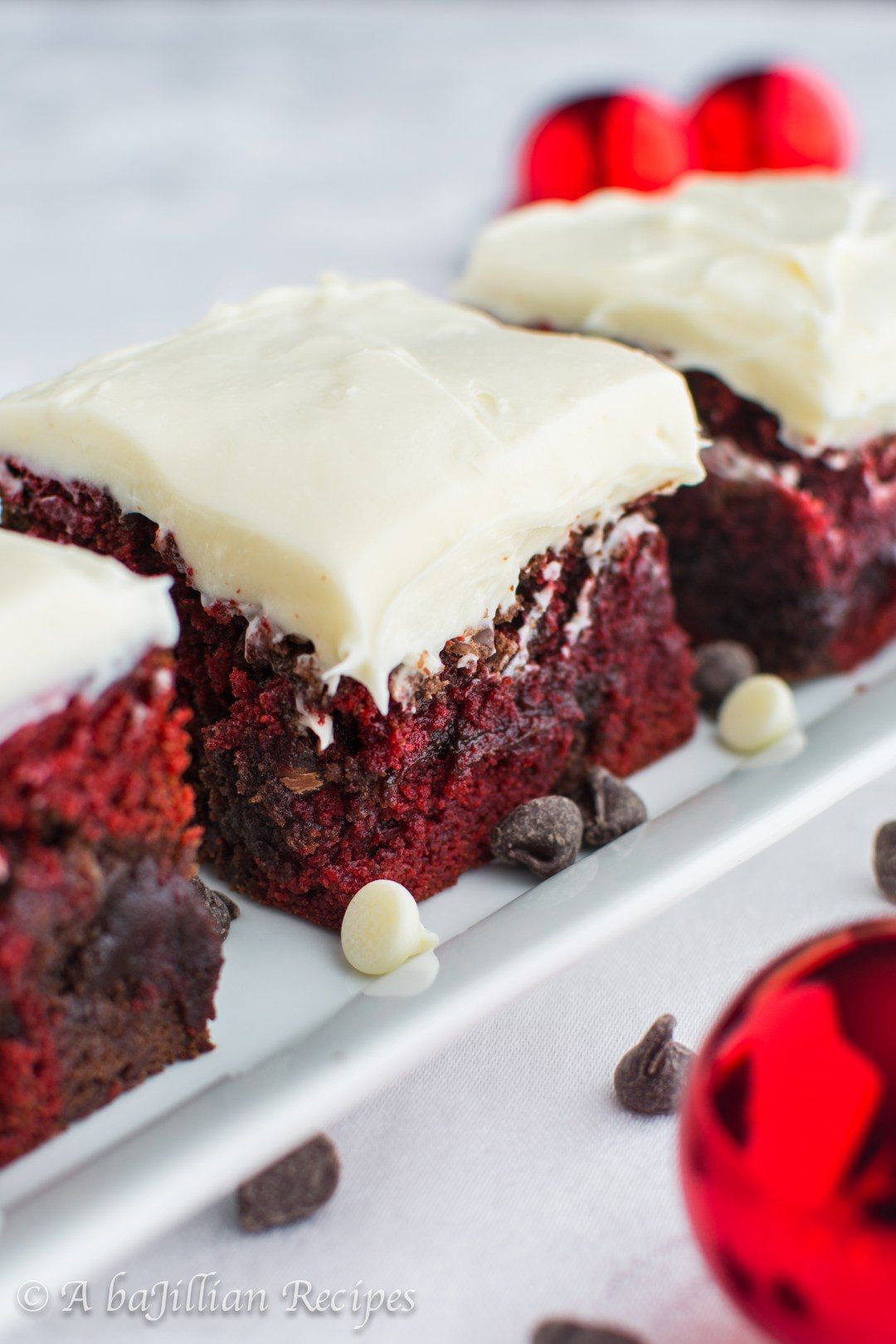 As opposed to the brownies, the red velvet mix is not made according to the box. Instead, you’ll combine it with some instant cheesecake (or vanilla) pudding, eggs, milk, and oil. The pudding mix not only lends that wonderful cheeseakey flavor to the red velvet, but it contributes to the all-important fudgy factor.

Speaking of fudgy, as these brownies bake up, you can’t really use the toothpick test to check if they’re done. They should look baked on the top and be pretty firm yet slightly jiggly when you shake the pan. If you do insert a toothpick into the center at the end of baking, there will still be some gooeyness—that’s good. You don’t want to pull out a dry toothpick or you won’t have that nice fudgy middle layer.

Once the two batters are swirled and baked together in perfect harmony, they get a “healthy” helping of white chocolate cream cheese frosting. This part IS homemade. And yes, it’s definitely worth whipping out the ol’ stand mixer for. If you’re a fan of traditional cream cheese frosting, you’ll no doubt be licking the bowl clean once you’re done frosting the brownies. Lucky for you, even with a sky-high layer of frosting, you’ll still have a little leftover for a frosting shot or two 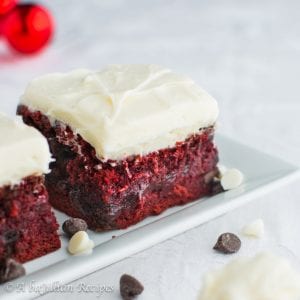 Make the Brownie Batter: Preheat oven to 350ºF and line an 8-inch square pan with parchment paper. Spray with with cooking spray.