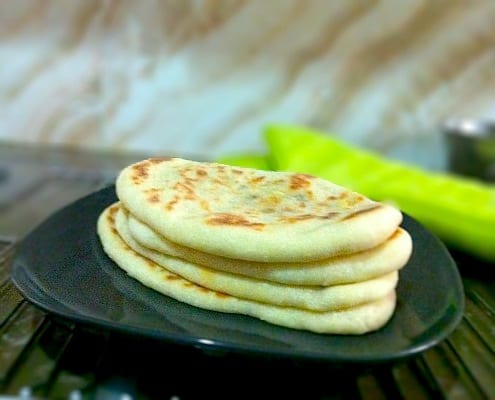 Suchitra is passionate about cooking flavorful food and loves fusion…

A creative, potato filled take on the international superstar of Indian bread. The Naan.
By Suchitra Vaidyaram

Naan is the international star of Indian bread. Anyone who has some knowledge of Indian cuisine will eventually come up with naan. Is it a big deal to make? Compared to other flat bread versions, nope – it is easier to make and you can play around the stuffing to bring a whole new meaning to Naan.

Typically, Naan is made in a clay oven/furnace – and you can actually eat the best ones with a road side vendor. The difference between naan and other flat bread varieties is we use yeast in the preparation. It fluffs up well and is delicious to eat.

Suchitra is passionate about cooking flavorful food and loves fusion cooking. She records her recipes on the blog Flavors, which focuses on simple and easy to cook recipes.