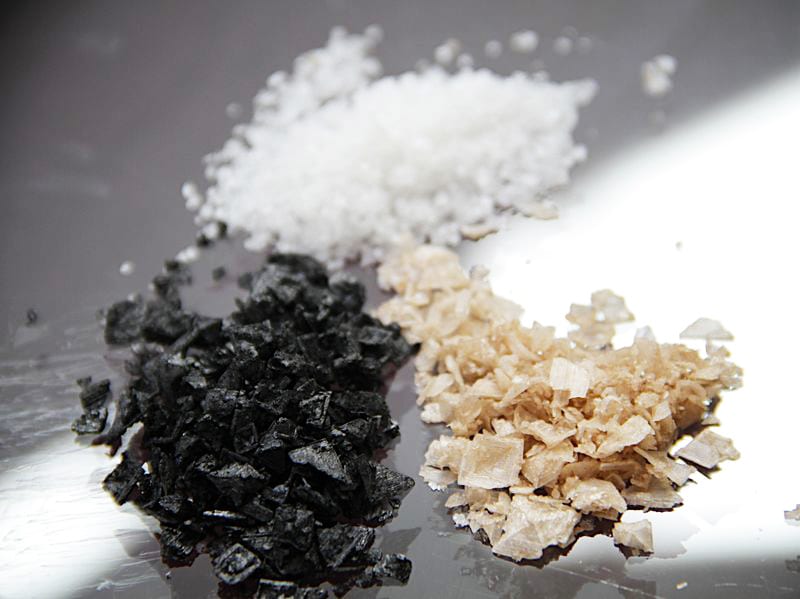 Gourmet sea salts are all the rage, but is the flavor worth the hype?
By Judith Klinger 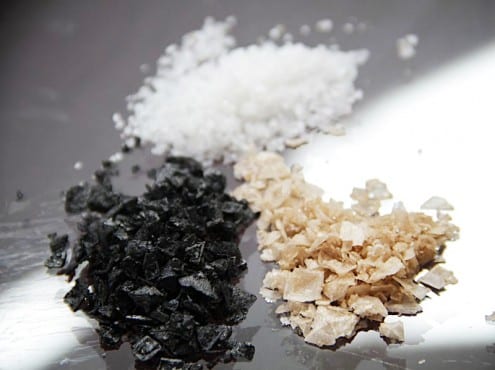 Let me see a show of hands. Are you a sweet or a salty person? Potato chips or gelato? And for the smug amongst us who are voting for umami..sit down. That’s a story for another day.

I’m salty. I’ll take a good pickle over a pastry anytime. Which is a good thing because living in Umbria, you better like salt.

Good sea salt is about 20 cents a kilo in Italy, so we use it with wild abandon. You can pour an entire kilo onto a baking sheet to roast a fish and not blink a parsimonious eye. Which also means you can take salt for granted, and not pay attention to all the flavor possibilities.

When I was in cooking school in Italy, our Sicilian chef brought over some of their renowned sea salt. He boasted that it actually has the ‘highest possible salt content’ of any salt in the world. And when we tasted it, we all agreed…it was salty. What a revelation.

Then I started seeing the word: selmelier. It’s like a wine sommelier, only for salt. Could there actually be a trend at restaurants to provide a selmelier to help you choose your salt. Really? I still can’t decide if the post was a spoof or not; can you imagine a gorgeous man in a sleek black suit handing you a salt menu and asking if you would like some assistance this evening? No, me either.

Am I sounding like a ‘gourmet salt’ skeptic? Why, yes, I do believe I am. Just pairing those words makes my ‘you-are-a-sap’ marketing alarm go on full alert.

Cooking on pink Himalayan salt blocks was all the rage a few years back. At least among those people whose hearts beat faster when a new trend comes along. Anyone have a sous vide machine collecting dust in the cupboard?
Frankly, I thought it was just a gimmick until we went to dinner at the Antica Osteria restaurant here in our piazza in Montone. That’s where I had my eureka moment: the pre-seared steak comes to the table on the bloody side of rare, sizzling on the hot block of salt. It continues to cook while it sits on the salt, absorbing some of the salt, but also ensuring that each subsequent bite is warm.

As soon as we got back to New York, I bought a nice slab of Himalyan salt and we’ve been happily experimenting with all sorts of meats and fish on the salt block. 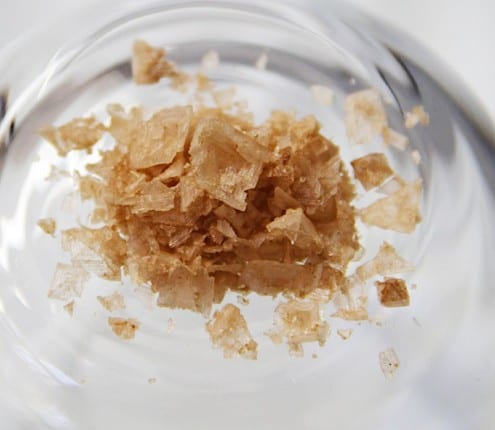 Then we went to Barcelona and for some reason, the idea of buying smoked salt was irresistible. I got home and thought, well now what do I do with it. It’s a flaky, warm amber colored salt, and as our American friend Bert said, it smells like Maypo. Y’all remember Maypo, right? For those of us who are younger than Moses, Maypo was a kind of sweetened oatmeal that was supposed to taste like maple syrup. Not, that I’m old enough to remember….

I started crunching a bit of this smoked salt on potatoes. Instead of just a pinch, you take some between your fingers and gently grind the flakes, so the diner gets tiny bits of salty surprise. It was divine on the last of the good tomatoes from the orto. I was using it anywhere that might benefit from a little crunch of salt and in my mind, that meant just about everywhere.

My reverse salt snobbery was beginning to dissolve.

This past Sunday, we went to Pietralunga for their annual white potato and truffle festival. It was pretty quiet this year, no nearly nude Brazilian dancers, no pizza throwing contest, just a stand up comedian telling political jokes. Blame it on the ‘crisi’; guess it was just too expensive for elaborate entertainment this year.

One of the market stands was full of spices and for me that is pretty much like giving a cat catnip. It’s not easy to find spices in Umbria, it’s simply not part of the culture. Plenty of fresh and dry herbs, but exotic spices just never made it over the Appenines from ritzy Venice to our humble hills.

There was an entire salt section, with enticing colors and shapes. I immediately reached out to touch the black flaky one labeled “Sale Nero di Cipro”. I needed to know if the flakes were brittle and crunchable or rock hard tooth crackers. And just as immediately, I was loudly told “Non toccare!”..don’t touch! So I had no choice but to buy some of the salt so I could feel it. The verdict: deliciously crunchable.

The salt comes from the island of Cyprus and gets it’s black color from vegetal carbon. It’s used extensively in alternative medicine for the abundant mineral properties. This sale nero doesn’t have a particular flavor, but it does have eye-catching color and crunch possibilities.

We tried it on a risotto Milanese with peas and it tasted good, but more importantly, had a great crunch, which was a nice contrast with the soft rice. Unfortunately, it is not color fast…so be warned! 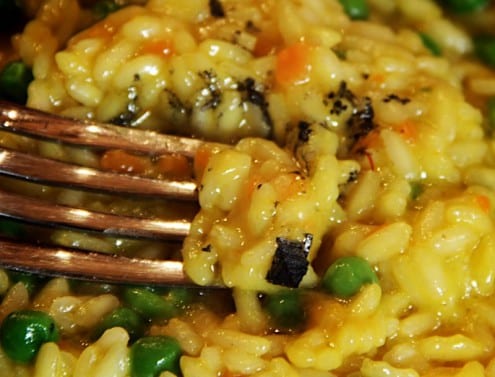 The other salt to catch my fancy was the “Sale dei Papa” or Pope’s Salt. It comes from Cervia, which is south of Venice, between Ravenna and Rimini on the Adriatic coast of Italy. It’s called a ‘sweet salt’ and it really does have a certain sweetness to it. The official explanation is the salt is harvested and sun dried in the ancient manner, using the local sea water, which produces a salt that is not bitter like commercial salt. I’ve also come across it as “Sale dei Doge” and it seems it was quite popular among the rich food snobs of the mid-1400 to 1500’s.

It has a ‘wet’ consistency, tending to clump and it does taste sweet-ish. It would probably be good in a recipe like salted caramel or on a fruit sauce with roasted meat. As always, half the fun is in the experimenting.

Have I come full circle and embraced ‘gourmet salt’? Maybe not full circle, but let’ s just say I’ve come to respect the salt and to recognize the power it could have in finishing a dish.

Alta Langa: Why You Should be Drinking Sparkling Wine from Piedmont