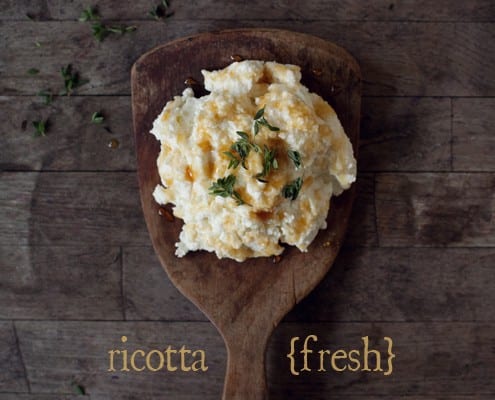 Making delectable homemade ricotta is easy, and it puts the store-bought variety to shame.
By Ilene Ross – Photos by Gina Weathersby/Kiwi Street Studios

Although often referred to as a cheese, Ricotta (derived from the Latin word “recocta” meaning “cooked twice”) is an Italian dairy product typically made up from milk whey left over from the production of provolone or mozzarella cheese. As there is no coagulation of casein in the process of ricotta, it is not considered a proper cheese itself. Historians speculate that Ricotta was first produced in Rome or Sicily in the second century B.C.E., based on its appearance in documents by the Greek author Athenaeus, who wrote a great deal about food in the second and third centuries B.C.E. In Italy, Ricotta is made from the milk of sheep, goats, or buffalo, while in the United States  it is most often made of cow’s milk. 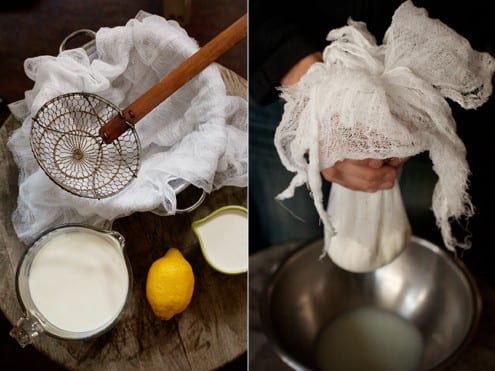 Ricotta has a smooth, creamy consistency, and can be used in either savory or sweet dishes. In its fresh, soft form, it’s popular as a stuffing for pastas such as ravioli, manicotti, and lasagna, and a superb focaccia topper in place of the more traditional mozzarella. When beaten smooth and mixed with sugar and additions such as chocolate or nuts, it is a decadently rich filling piped into cannoli shells for dessert. It can also be combined with eggs, cooked wheat, and citrus, and then baked into the hearty Neapolitan Easter pie known as Pastiera. Ricotta’s versatility means it’s a perfect base for bruschetta. Its subtle nature makes it the perfect foil for the more pungent flavors of roasted garlic, herbs, vegetables, and even honey for a delightful twist on dessert. 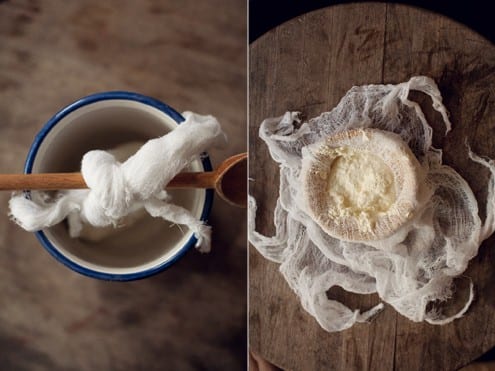 Techniques to combat Ricotta’s particularly short shelf life are worthwhile and particularly delectable. Ricotta Salata is produced when the Ricotta is pressed, salted, dried, and aged. It becomes firm in texture and crumbly, perfect for grating over salads, and pizza. Place a large lump of soft, fresh Ricotta in the oven until it develops a slightly charred crust, and you have Ricotta al Forno. Ricotta Affumicata is similar to Ricotta al Forno, except that it is smoked with wood, juniper, and herbs. Either of these is a rich, mellow addition to pasta. 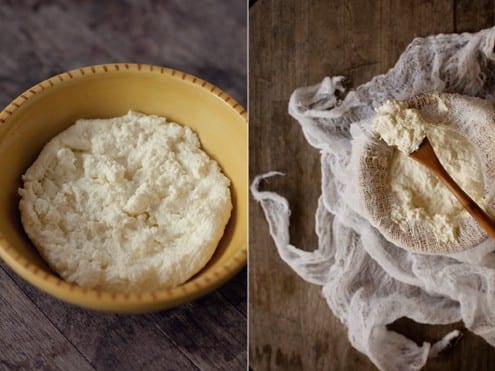 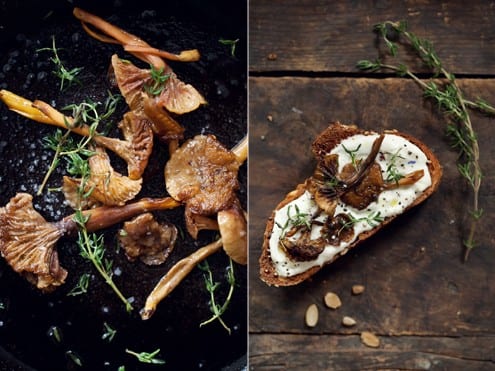 Print
Making your own fresh ricotta is simple. Swirl honey into some and use as a decadent topping for your breakfast toast, or use it as a delicious base for foccacia. Fresh ricotta will keep in your fridge for about a week.
Author: Ilene Ross
Recipe Type: Side
Serves: 1 cup
Ingredients
Instructions
Notes
Recipe adapted by Gina Weathersby from Donna Hay
2.2.6