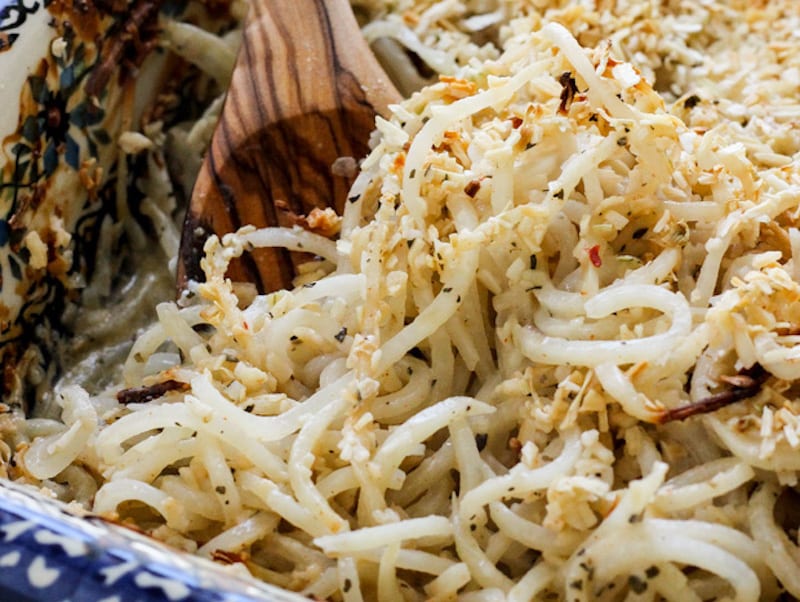 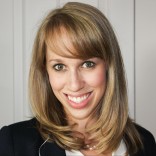 PARTNER POST: The versatile potato is perfect in a multitude of recipes showcasing flavors from around the globe. Get creative with your spuds.
Spiralized potato hash browns are tossed with delicious ingredients, including cheese and Greek yogurt, and then topped with crispy onions. Try this warm, hearty breakfast as a great way to start your day. 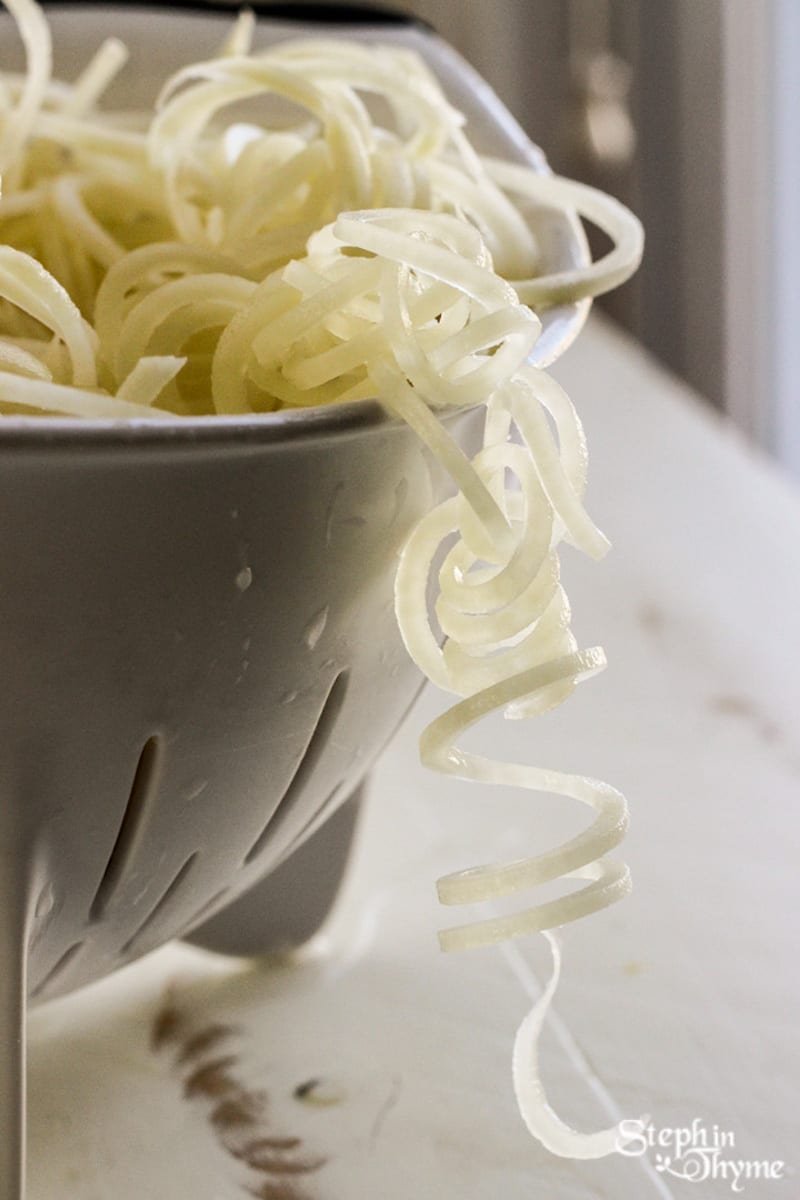 Have I mentioned recently how much I adore hot breakfasts? I freely admit that I am not one of those people satisfied with a cold green smoothie first thing in the morning, especially in the dead of winter in New England. I need something more substantial than cold juice or a smoothie to get me outdoors and on with my day. 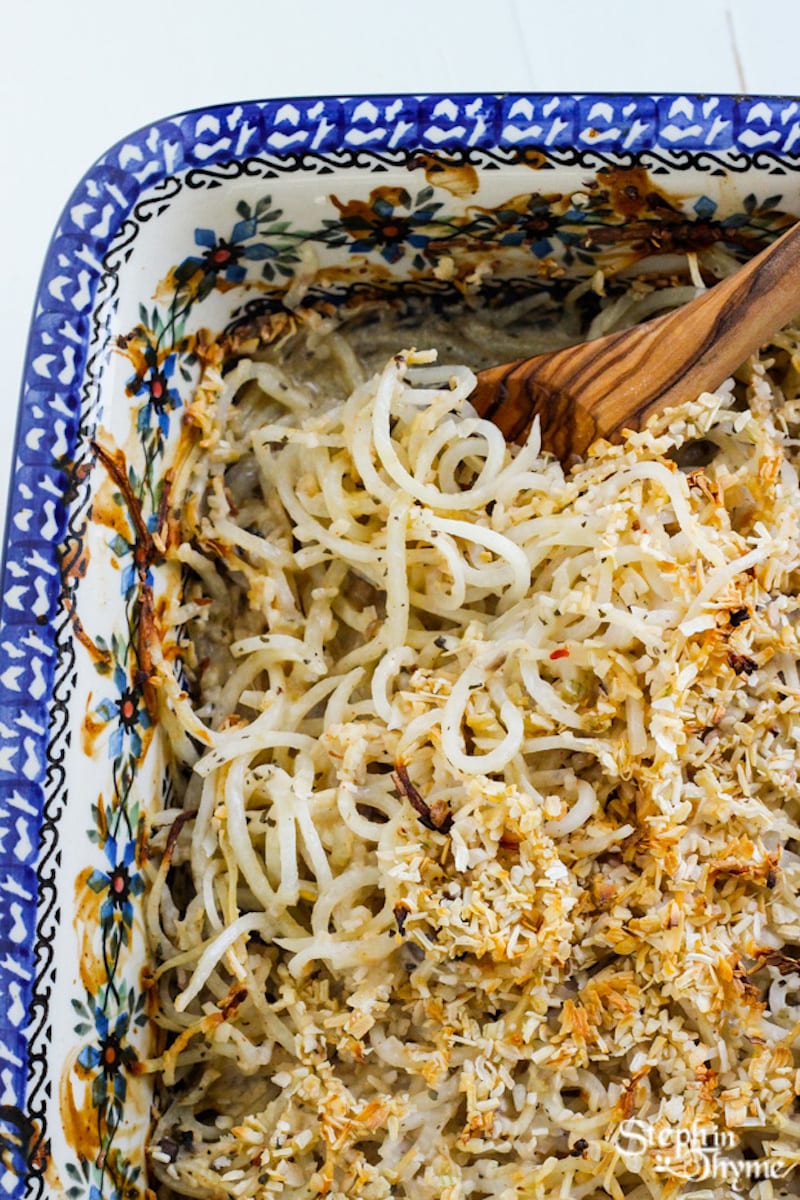 Because I seek any excuse to use my beloved Spiralizer, I combined the two together into a gluten-free spiralized breakfast dish I simply cannot get enough of these doldrum winter days.

This warm, cozy, creamy, hearty breakfast side dish is a spiralized, lightened up twist on classic breakfast hash browns.

No frying or smothered in oil. Rather, baked and topped with a crunchy layer of dried minced onions. So simple, yet so delicious and satisfying.

Being gluten-free often means missing out on such carby classics as pancakes, waffles, toast…any comforting bread goodness, really, unless I happen to have a gluten-free substitute on hand. Potatoes at breakfast are my saving grace. Naturally gluten-free, potatoes offer classic comfort without the complexity of gluten-free baking.

Potatoes are often the spotlight of health nut naysayers, but they do offer positive nutritional benefits. I was surprised to learn that one medium-size potato with skin has 110 calories and more potassium than a banana. How’s that (and more) for a plot twist. 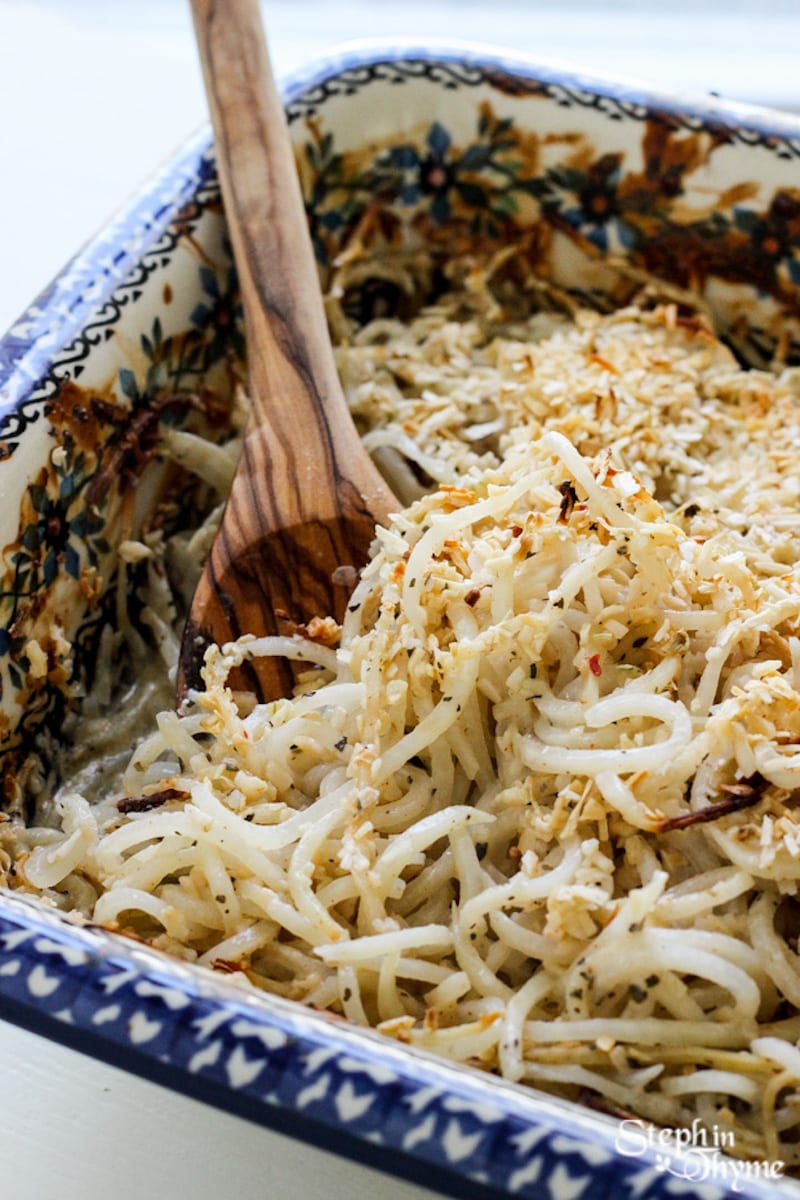 In this recipe, four Russet potatoes are spiralized and tossed in a creamy combination of Greek yogurt, gluten-free Organic Cream of Mushroom Condensed Soup, and a bit of shredded mild white cheddar.

After initially baking for ten minutes, a light layer of dried minced onion is added over top the casserole for a golden crunch finish.

Baked until bubbly and golden, this Gluten-Free Hash Brown Breakfast Casserole is creamy without feeling heavy with subtle earthy and tangy notes and a subtle edge of cheddar sharpness. The spiralized potatoes are soft but still have bite, and the minced onions crisp up for a side dish with plenty of texture.

For another hearty potato recipe, try these Bombay Spiced Potatoes: 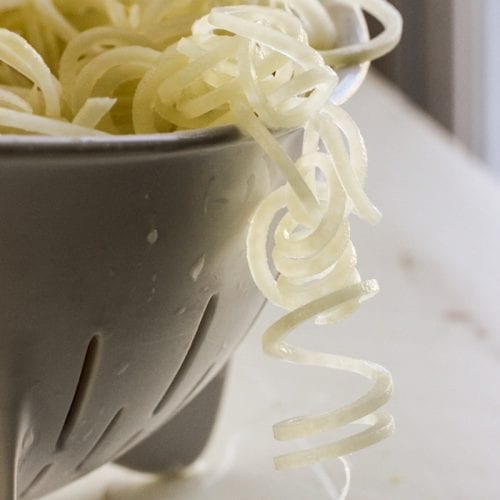 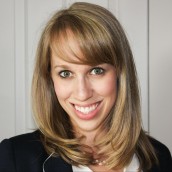 Steph is an adventurous foodie, cooking class connoisseur, former military brat, and newlywed eating and blogging from Boston. With her blog, Steph in Thyme, she explores creative, delicious, and wholesome approaches to gluten-free, vegetarian, and vegan fare to inspire a healthy lifestyle.