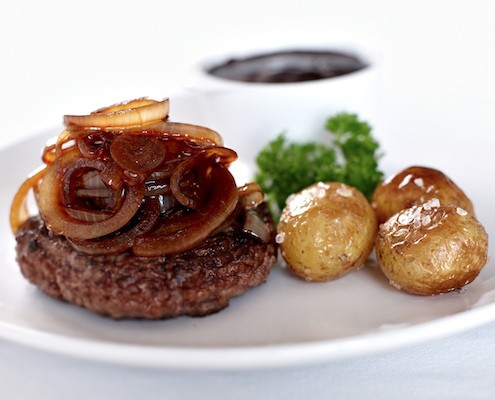 The story of how the hamburger came to Denmark, and a classic Danish fall recipe.
By Kalle Bergman – Photos by Mads Damgaard 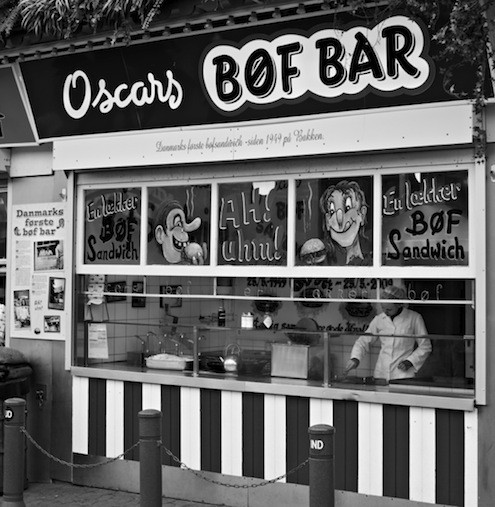 The history of the hamburger is still a matter of much dispute. There are several different versions of historical origins, and I honestly have no idea which is the correct one. But, one of the legends is that the Hamburger was invented by a Danish butcher’s apprentice in the US around the turn of the 19th century.

Whether or not that is the true story of the origin of the Hamburger is probably best left unsaid, but since it is undeniably fitting in the context of this recipe – let’s all agree to pretend that it is, ok?

What is absolutely true, is that a Danish food writer visited USA in the mid 40’s and immediately fell in love with the country’s emerging fast-food culture. He brought his new found love for burgers back to old Denmark and started spreading its gospel to anyone that would listen. Married couple Oscar and Anni Pettersson jumped on the idea of a burger joint in Copenhagen and opened Oscars Bøf Bar (Oscars Beef Bar) in late May 1949 in the amusement park Bakken (which by the way is the oldest amusement park in the world) on the outskirts of Copenhagen. And the Beef Sandwich – as the Danish version of the American Hamburger was called – was an almost instant success.

Today Oscars Bøf Bar is still going strong as an active institution in Danish culinary life, now run by the third generation of the Pettersson family at the same place in Bakken as always.

Hakkebøf Med Bløde Løg (Chopped beef with soft onions) is what might could call the “dinner version” of the beef sandwich. In this dish, the traditional burger bun is removed and replaced by potatoes, gravy, pickled accessories and lots and lots of soft onions. A great fall dish!