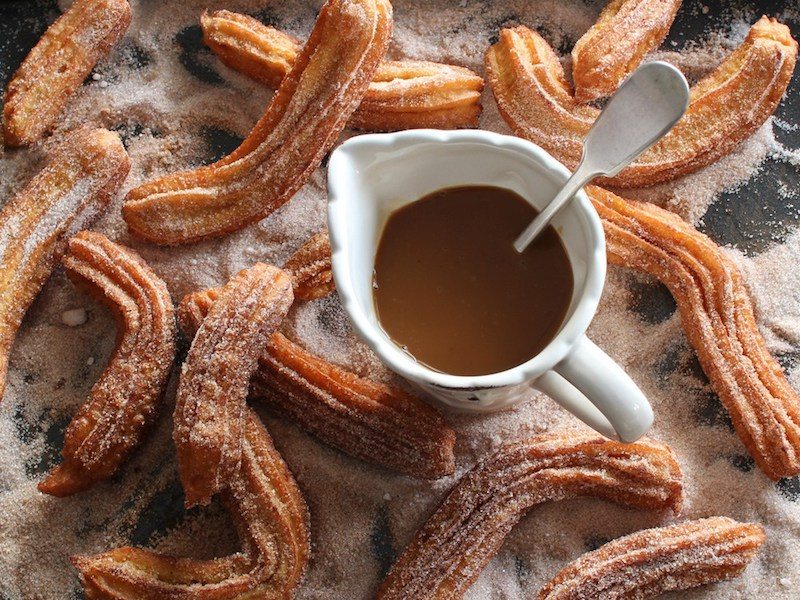 This fried dessert of gluten free churros is totally delicious and served with a rich caramel rum dipping sauce. 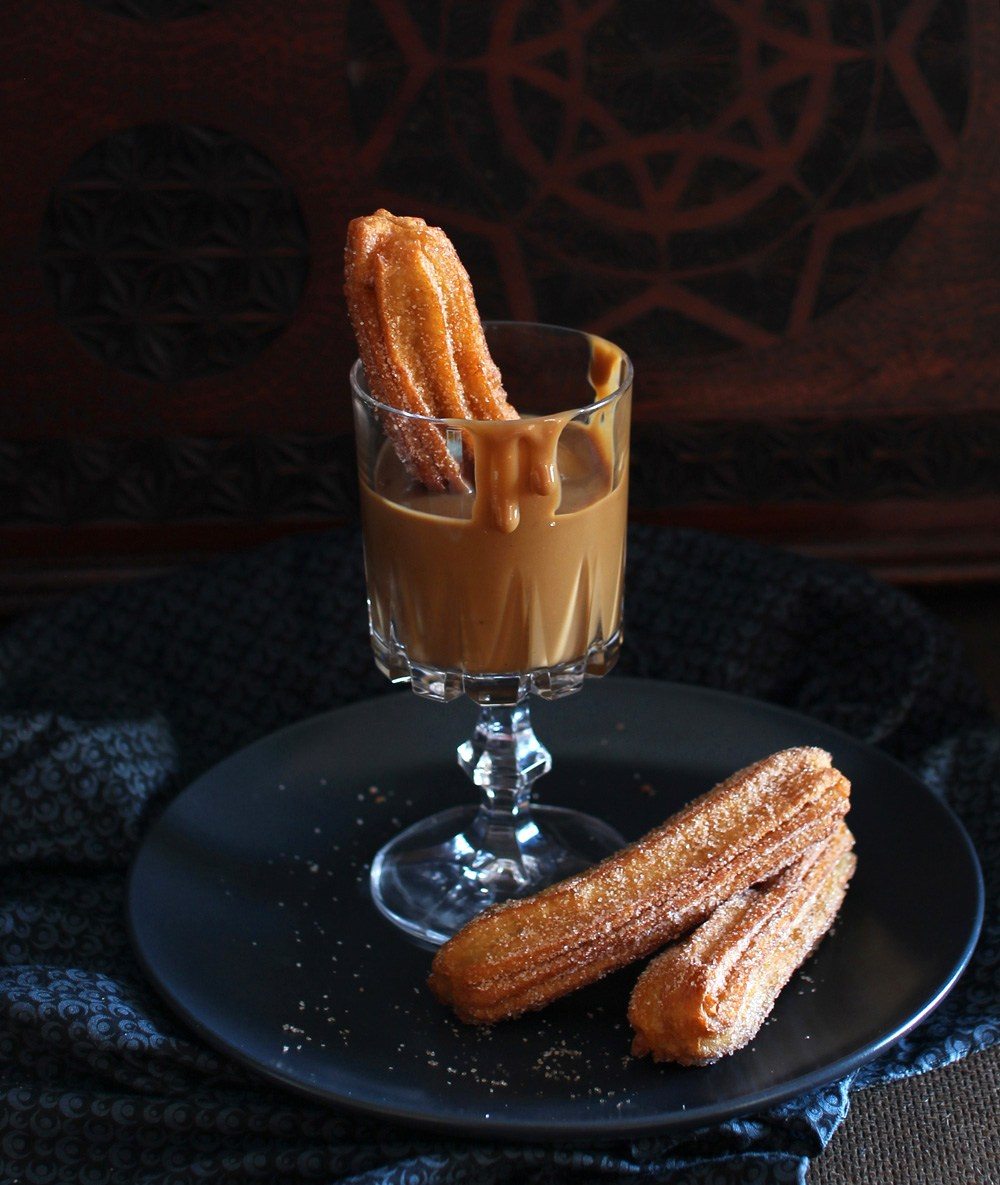 Churros – the deep-fried choux pastry snacks popular in many parts of the world – are pretty unfamiliar in my neck of the woods. So I’ve been keen to give them a try and see what all the fuss is about.

And wow, I’m glad I did – they’re the bomb! I LOVE how they puff up in the oil to create a delicately crispy exterior, with a light as air interior. Dredged in cinnamon sugar they’re good enough to eat as is, but paired with a kick-ass coconut sugar/coconut cream caramel sauce spiked with dark rum (which actually tastes like Bailey’s Irish Creme, only better), they’re insanely good!

What I’m super-pumped about is that these babies are gluten-free. The original recipe thanks to Claire Aldous of New Zealand’s Dish magazine suggested a gluten-free flour blend. However, I opted for a blend of buckwheat, brown rice and corn flours which worked incredibly well – you’d never know these churros are gluten-free when you devour them.

I made the pastry dough several hours ahead of time, piled it into a large pastry bag, and refrigerated it until needed. I took it out of the fridge about half an hour before I needed it, to let it come to room temperature. I chose to pipe the batter directly into the hot oil, although if you’re concerned about doing that (there’s always a risk, especially if there’s any air bubbles in the pastry bag, that they’ll plop into the oil and splash you), you can pipe the churros onto oil-sprayed lined baking trays, refrigerate them for about 30 minutes to set firm, and then transfer them into the hot oil from there.

By the way, I kept some left-over batter in the fridge for about 24 hours and it was still perfectly good. And, as I discovered, the caramel sauce is WAAAY better the next day too – a lot thicker and far more flavoursome. So, I’d definitely suggest making it a day ahead.

If, like me, you’re a complete newbie to the world of churros, or if you’ve been looking for a gluten-free option, I can wholeheartedly recommend this recipe. As a sumptuous brunch, an afternoon treat, or a decadent dessert with ice cream on the side, you’re gonna love it! 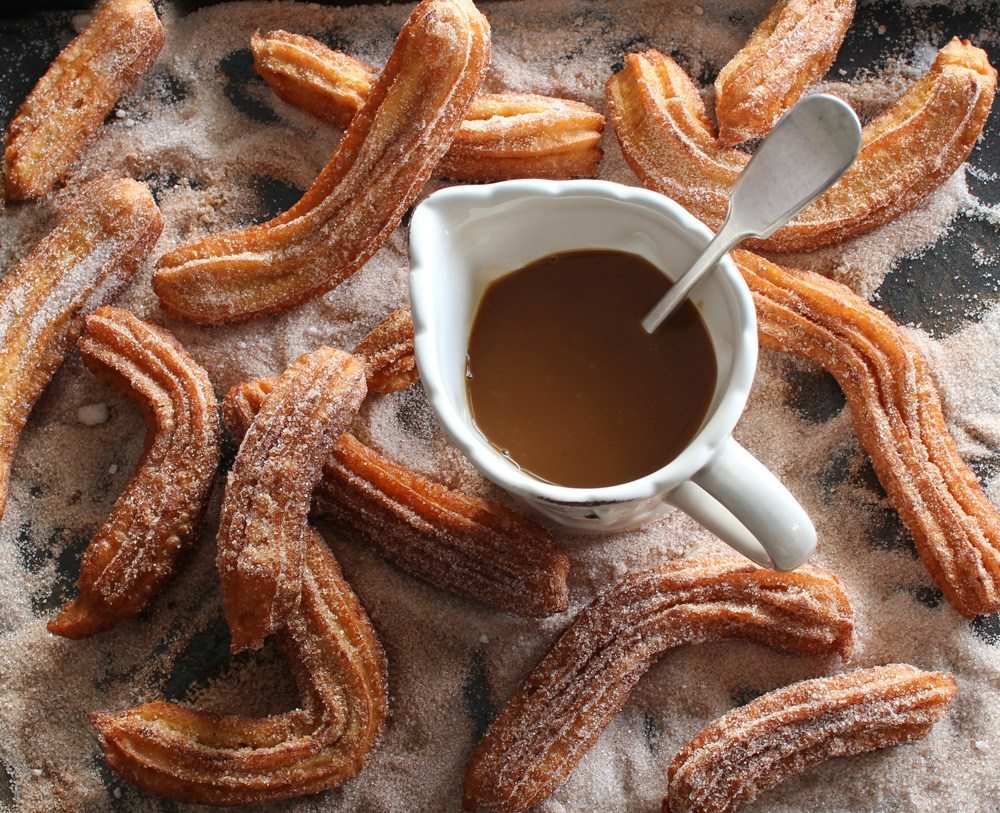 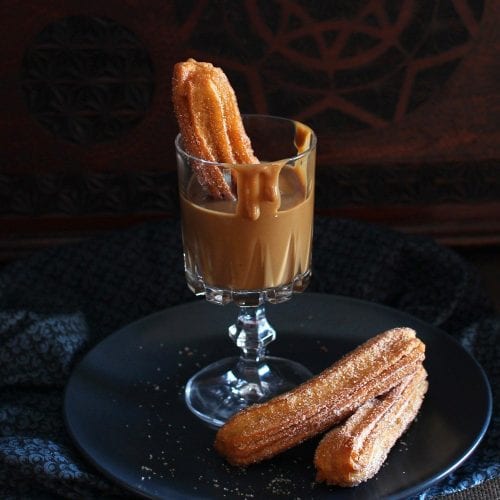 For the caramel sauce:

For the caramel sauce: (Make this a day ahead)