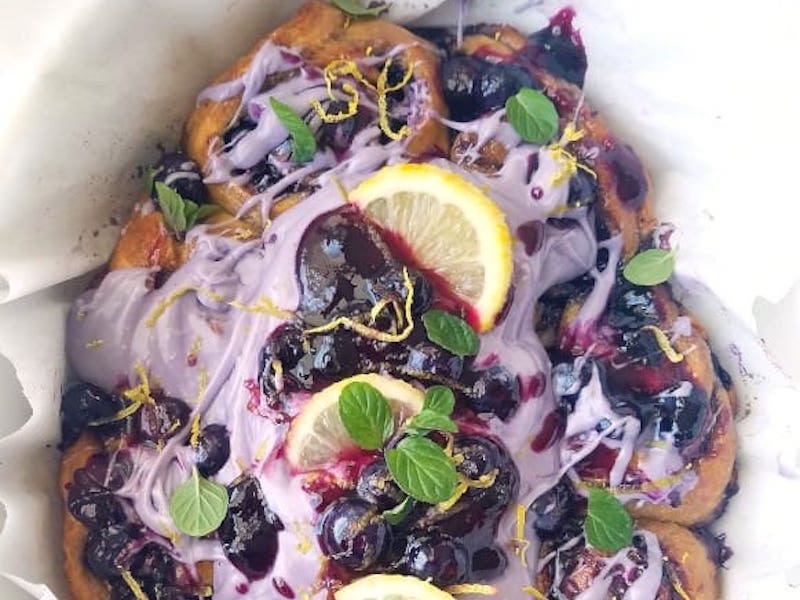 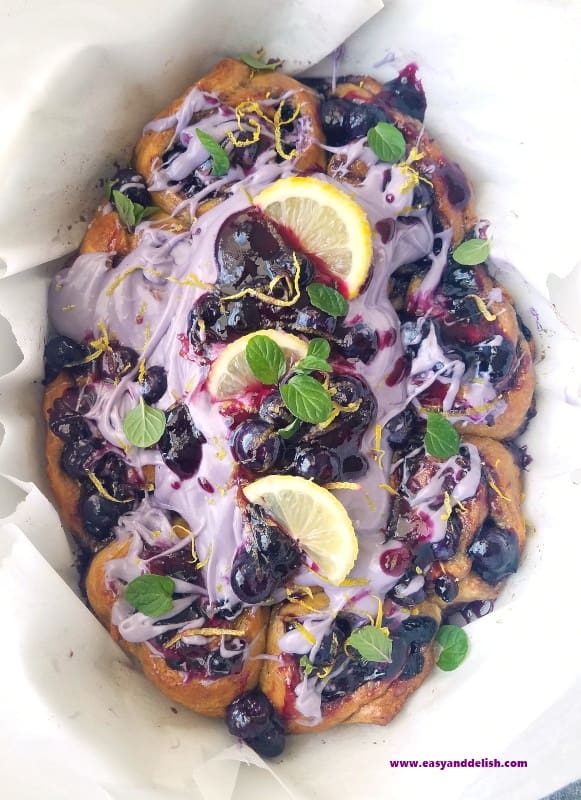 Love cinnamon rolls? Me too!

They are great both for breakfast and as a sweet snack… especially served with a good cup of joe.

But they can take a while to prepare, killing your cravings.

Well, not these Blueberry Pie Cinnamon rolls (A.K.A. Blueberry Sweet Rolls). Believe me, they are ready in 30 minutes. Yep!

If you enjoy variety, you will go crazy over this variation of traditional cinnamon rolls.

As for the filling, the dough is brushed with melted butter and then filled with a mixture of fresh blueberries and blueberry preserves.

The topping is a real star itself — because of its creaminess, yummy flavor, and beautiful purple color. 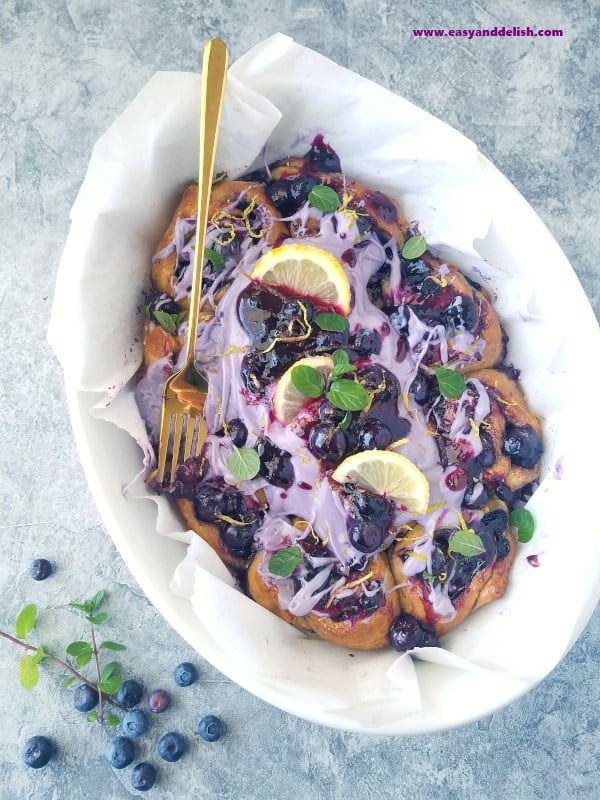 My husband was a bit skeptical about the changes, but he was sold at the very first bite.

I ain’t kidding, folks! He ate several and then came back for more.

And don’t you worry! This “cinnamon roll” recipe does not call for actual cinnamon — as blueberry and cinnamon would make an odd combination.

Our Blueberry Pie Sweet Rolls have the same shape as cinnamon rolls but not exactly the same ingredients.

It is simply an adaptation of traditional cinnamon rolls — although more delicious than the classic, in my opinion.

It’s almost like blueberry pie and cinnamon rolls had a baby! Well, make these, and enjoy! 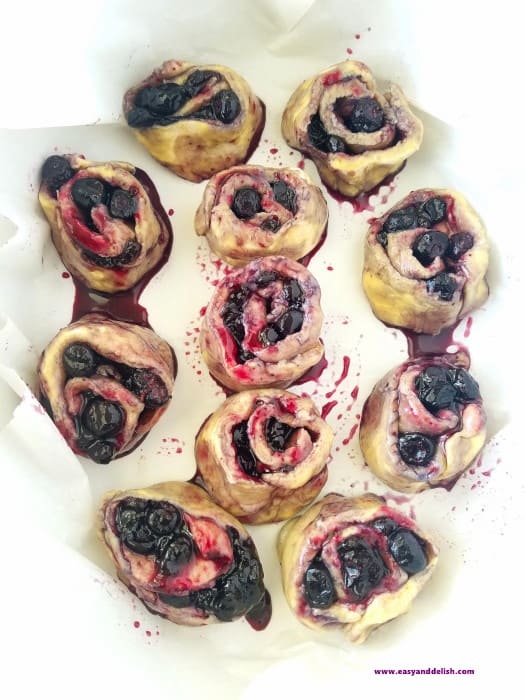