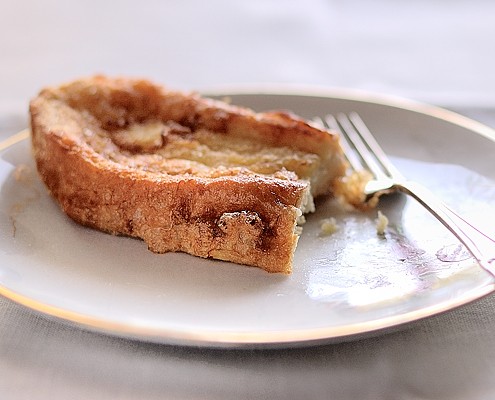 Easter Memories And The Secret To Perfect Roasted Potatoes

Miriam Garcia let’s us in on the secrets to making perfect Spanish Easter Torrijas, the Iberian answer to French Toast.
Text And Photos By Miriam Garcia

All relevant religious holidays in Spain have a reflection in the food. Spain was a strictly Catholic country for centuries with the liturgical periods tightly marking the habits, and with food rules that had to be obeyed. Though nowadays the religious rules regarding food, like fasting during Easter, are largely overlooked, funnily enough the food traditions remain and making torrijas at home for the Easter celebration, usually a labor holiday lasting four days, is one of them. Also you can find them in pastry shops, restaurants and bars all over the country during this feasting period. Torrijas are apparently a rather ancient recipe, as they first appear quoted by a Spanish author in the 15th Century. Now… listen to yours truly pronouncing this funny word here. 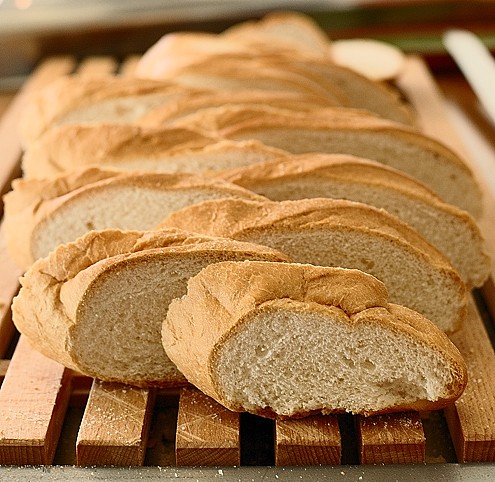 Torrijas are a very simple dish, quite similar to French toast and pain perdu, most often made by soaking slices of stale bread in sweetened milk, also flavoured with cinnamon or vanilla, then bathed in beaten egg, fried in oil and sprinkled with a mixture of sugar and powdered cinnamon. In fact, another one of the many ways developed by the not so well-off to use up bread leftovers. Though today bread especially baked for the purpose of making torrijas can be bought. As it usually happens with most traditional dishes, the perfect ingredients and method are controversial matters, torrijas made with sweet wine instead of milk and others bathed in syrup after frying being also popular. But of course, the best torrijas are always one’s mother’s, no discussion about it… 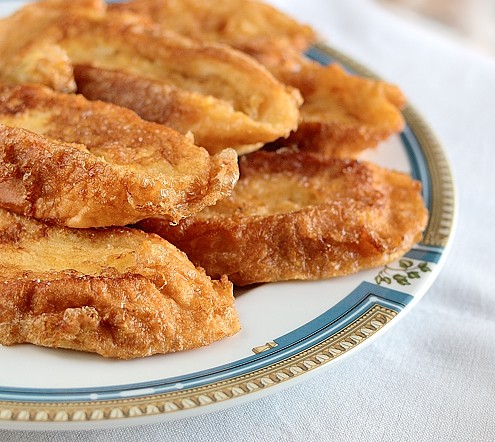 Tips for superb torrijas: I find the result is best when you let the bread go very stale before soaking, so that the slices can soak as much milk as possible and yield a very creamy inside afterwards. So what I do sometimes is to slice the bread before letting it dry overnight, to assure that the loaf dries thoroughly (and because slicing is a lot easier while the bread is soft). And I recommend you make sure that the slices soak as much milk as feasible, so it is best to check how they are doing within say 20 minutes after pouring the warm milk on them, because you can always add a little more if the slices have soaked up all the liquid in the dish, say another cup. For me these are indeed the secrets for a lusciuosly creamy interior that looks and tastes more like pastry cream than like plain milk-soaked bread. Because that is what I really love about torrijas, that the alchemy of soaking and frying metamorphoses the simplest ingredients into something different and truly delicious.