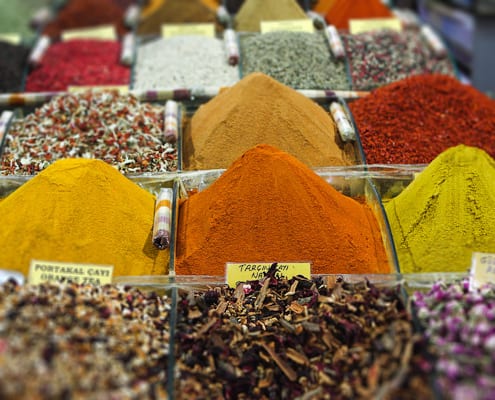 Why are we so obsessed with the authenticity of a recipe or a dish? Isn’t it more important that it actually tastes good?
By Reena Pastakia

My friend Raf once said that you have seven seconds to redeem yourself by saying “No offense” after saying something particularly offensive. I reminded myself of this when a colleague said to me “I would rather try Gordon Ramsay’s Indian recipes than yours because they are more likely to be authentic”. I waited for the “No offense” but it never came.

What did she even mean by “authentic”? My Pocket Oxford Dictionary (my school merit prize in 1985) defines authentic as “genuine, of legitimate or undisputed origin”. Well the majority of my recipes are family recipes, handed down through the generations from mother to daughter, aunt to niece, cousin to cousin. How much more authentic can an Indian recipe be than one from my grandmother, mum, auntie or cousin?

Other people have complained that my recipes are too easy to cook. They believe that Indian cooking should be difficult and that I must have dumbed them down in some way. They like the taste of my food, they just believe that they should be using special equipment or a multitude of spices in order to create the dishes. The recipes that I share are the recipes that my family eat when they come home each day. They aren’t designed to impress maharajas or to be eaten in Michelin starred restaurants. I’m not a trained chef and neither are any of my relatives. We just like to eat well and by that I mean fresh, healthy food.

Having said all that, my Dam Aloo recipe (a Kashmiri dish) is from my Gujarati cousin. Does this make it less authentic? Probably (assuming authenticity is regional). Does it make it any less tasty? I don’t think so. So why the obsession with authenticity? If I want an authentic English dish do I need to refer to the recipe books in Hampton Court Palace or do I need to go even further back than the days of Henry VIII?  Is evolution in cooking a culinary crime or is the authenticity requirement unique to Indian cuisine?  A few Google searches revealed that authenticity is a valued trait in recipes for any cuisine but the adjective is used liberally without any thought to its meaning and the assumption is always that authentic means good.  After spending several weeks in Hong Kong I couldn’t wait to get home to inauthentic Chinese cuisine.

Mass migration and the globalisation of food production have led to unprecedented changes to cuisine. For example when my mum arrived in the UK in the 1960s she often struggled to find the ingredients she needed for her recipes and would substitute with whatever she could find. Some of these substitutions were less successful than others e.g. the time she used rhubarb leaves (which are poisonous when ingested) instead of colocasia leaves to make a delicious dish called patra.  Luckily no one fell ill but this is an example of how migrants adapt recipes to their environment.  Another (more successful) example of this is the rise of Chinese-Indian food which is thought to have been developed by the Chinese community living in Kolkata.

All in all my journey to understand the meaning of the word authentic when applied to recipes has led me to believe that the word has been given too much importance. How can you determine whether my chicken tikka recipe is more or less authentic than Gordon Ramsay’s?

As long as you enjoy the flavours then that is all that really matters and just because a recipe is authentic doesn’t mean that it is good.