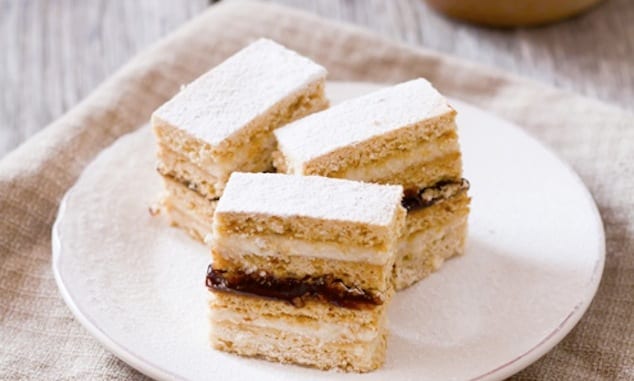 Thin cinnamon-honey biscuits layered with vanilla cream and jam make for an authentic Croatian pie. This crisp and filled dessert is a wonderful finger food at gatherings.
By Tamara Novakoviç 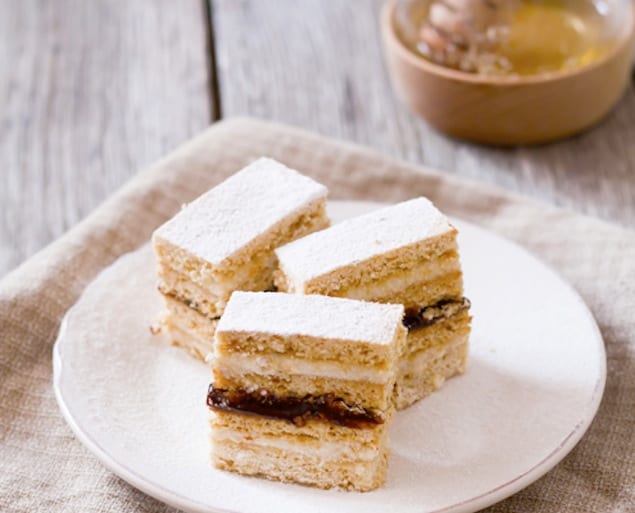 This cake is a staple in traditional Croatian cuisine and is called a pie, although it doesn’t resemble the notion of a pie in some other parts of the world. To us, this is a pie: made of several thin biscuit layers alternating with filling.

The dough is made with eggs, flour, butter or often lard, sugar, baking powder or soda and in this case, honey. Because of honey, the dough tends to harden pretty fast so I advise you to work it quickly (it doesn’t require resting). I added some cinnamon to it as it pairs nicely with honey. The filling is mild and consists of cooked milk and vanilla cream, but it is combined with tangy jam in between the layers. All together it makes this pie a well-rounded cake. 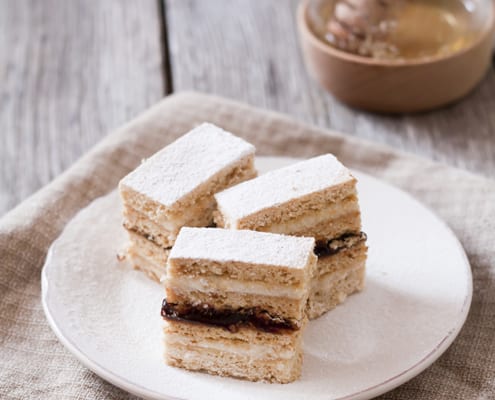