A sweet and tangy fudge with a fresh hint of rosemary to beautifully complement the orange flavors.
By Patricia Conte 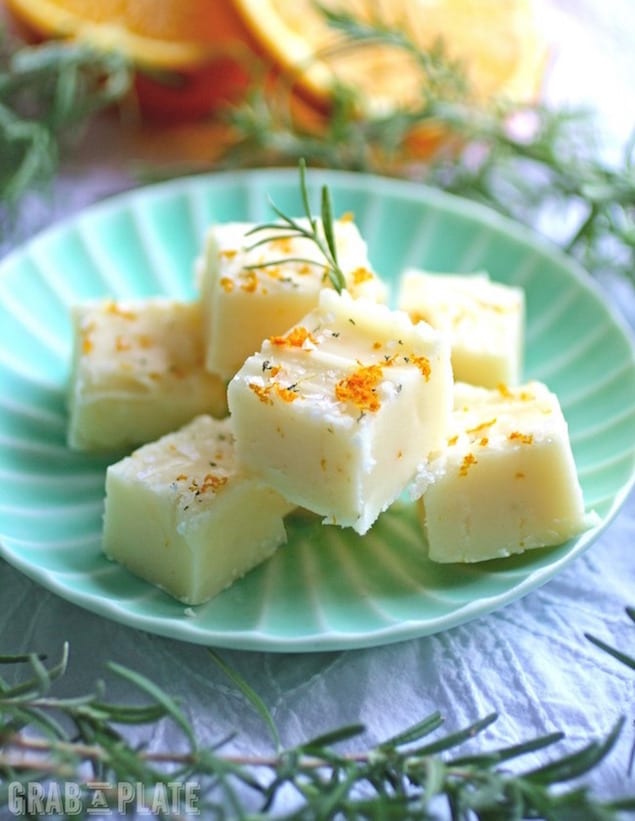 This recipe for Buttermilk Fudge with Orange & Rosemary is sweet, citrusy, and full of fresh flavor.

Rosemary might be an unexpected flavor when you think of fudge, but I think it adds brightness to this candy. The orange zest is the perfect complement to the rosemary.

This fudge is sweet, yet tangy, and the fresh herbs and rosemary impart a nice cheerfulness to the candy.

There are a few things I learned while making this recipe:
-If you want to make a double batch, make two separate batches instead. I think a double batch is too much to control.
-Be patient when you’re boiling the mixture. It took me a bit longer than expected to reach 240 degrees F. on the candy thermometer. I didn’t let my first batch reach the recommended temperature (I was being impatient), and it never firmed up.
-If the mixture seems too thick after you’ve mixed it, add just a touch of buttermilk and mix it in quickly. Don’t overdo it. A small amount (1 teaspoon or so) should do the trick.
-Bon Appétit notes that the fudge can be made a week in advance, wrapped tightly, and kept at room temperature.