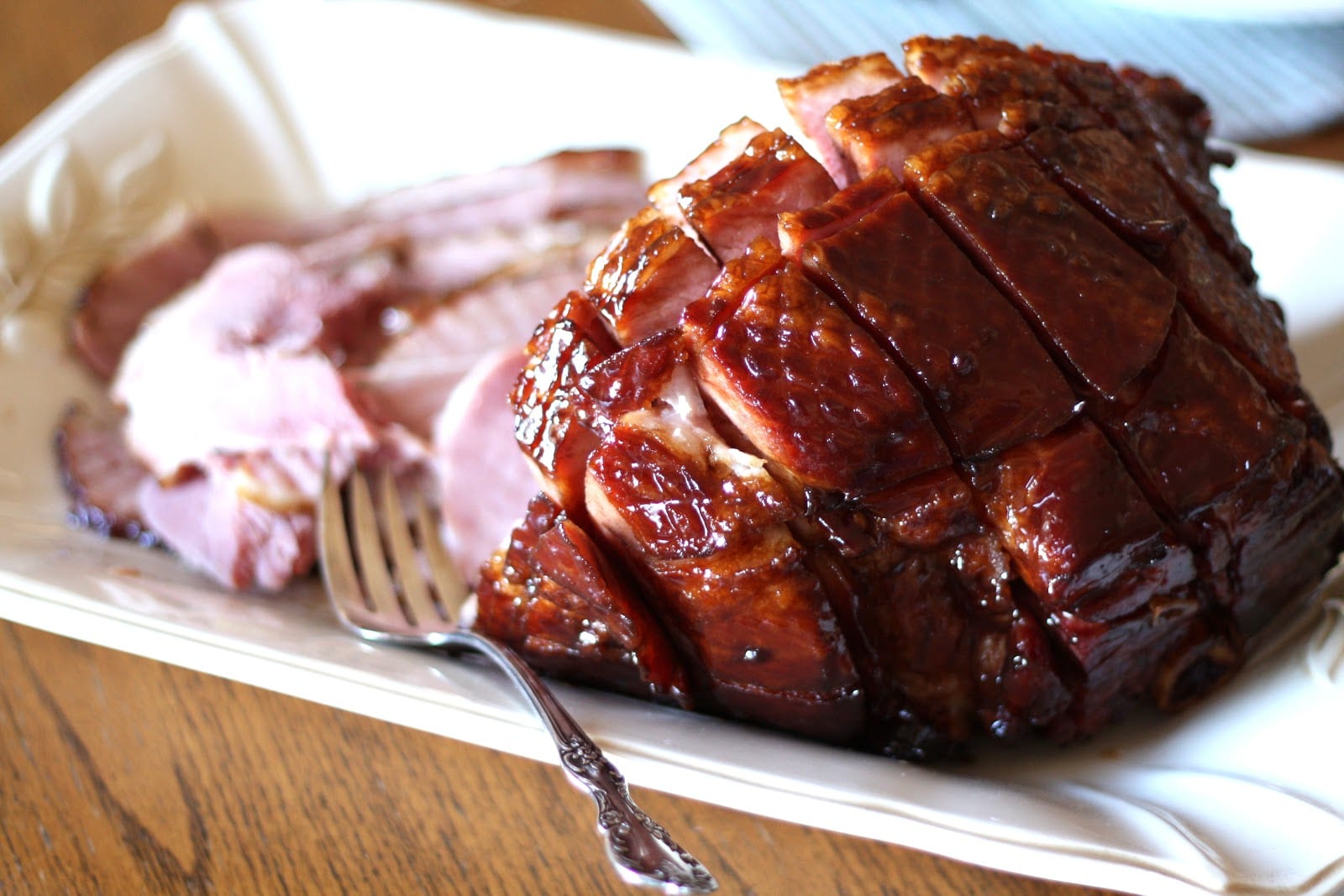 There is nothing more festive than a baked juicy ham for a true family meal. Perfect for a large gathering on Sunday or during the holidays. Follow this simple step by step guide for guaranteed success. 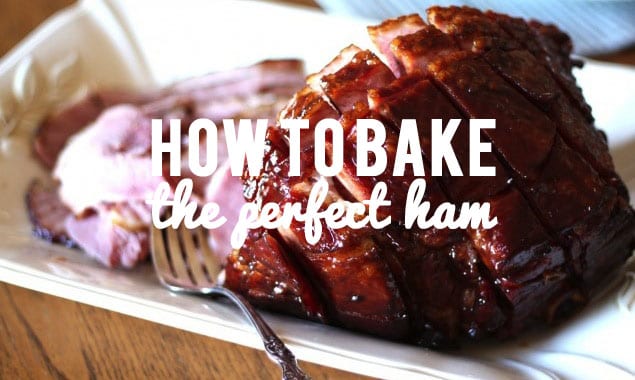 This step is the first and most crucial of the necessary steps in order to ensure your guests line up for seconds. The weight of the ham depends on the amount of people being served at brunch. For example, a 14 pound ham will serve about 20 people; depending on how much each person is being served. It is better if you can buy a fresh hame rather than a frozen one. The thawing process of a frozen ham can have a major impact on the taste and texture of the ham so it is necessary this is done correctly. You also want to make sure you are buying a bone-in ham in order to ensure a tasty dish! 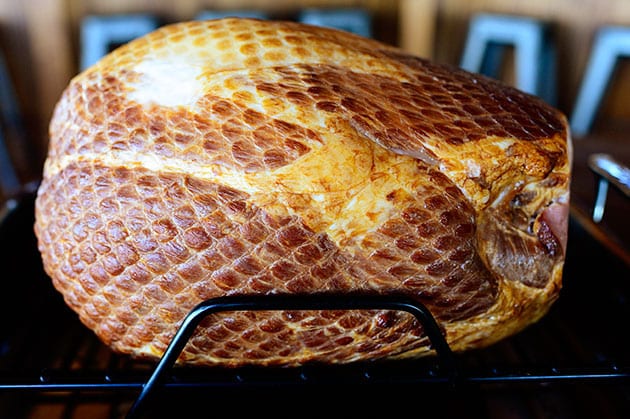 Use a knife to make diamond patterns across the surface of the ham. Next, press whole cloves in to the center of each diamond until the entire surface is covered. This gives the meat more flavor, but also makes it look presentable and traditional when it is fully cooked. If you’d like, you can rub tamari soy sauce on the outside in order to give the meat even more flavors throughout. 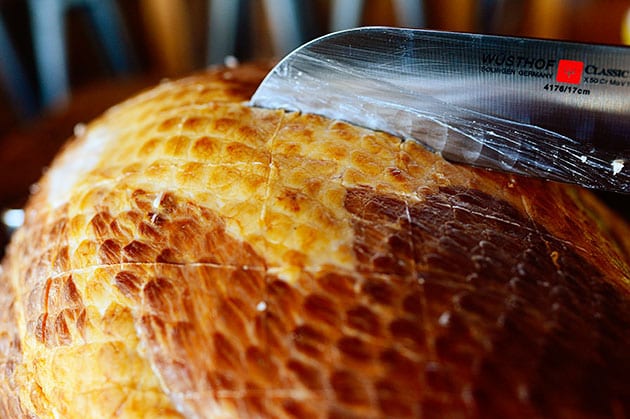 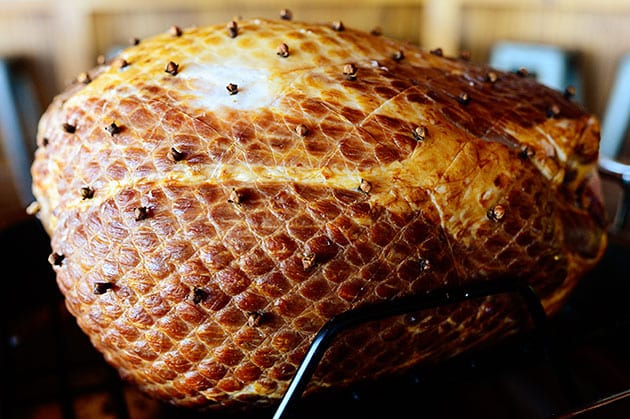 The most important instructions for this step is to cook the ham slowly. Remember this throughout the entire baking process in order to ensure a tasty, juicy ham. Cover the meat with foil and place it cut-side down in a shallow roasting pan. Then bake the ham in a 325 degree oven for 22-26 minutes per pound OR until the internal temperature reaches between 140 and 150 degrees. Remember, the key here is to cook the ham SLOWLY!

Also, differing from popular belief, refrain from basting the ham with its own juices as the salty liquid can overpower the overall flavor of the finished product. 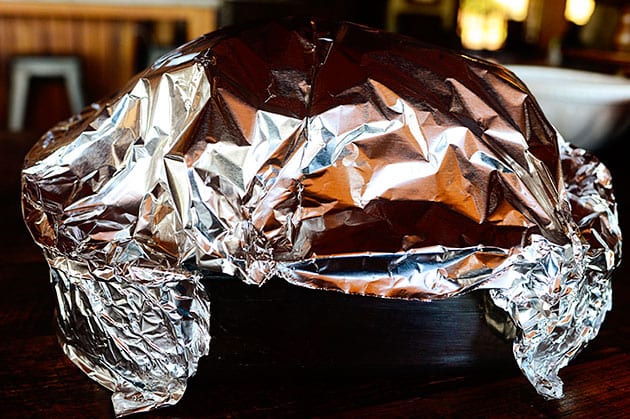 While the ham is baking in the oven, you can be mixing together the glaze.

Mix together the brown sugar, spicy mustard, apple cider vinegar, and cola. Bring the mixture to a boil and then simmer for about 20 minutes until it gets nice and darker in color. 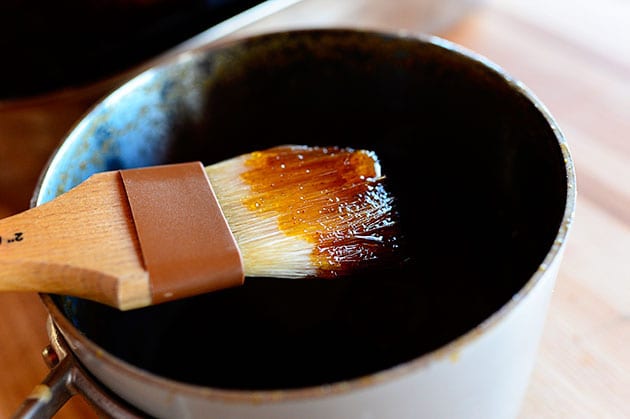 After the ham is done baking, cover the ham with the glaze. Put it back into the oven uncovered and cook for another 20 to 25 minutes. 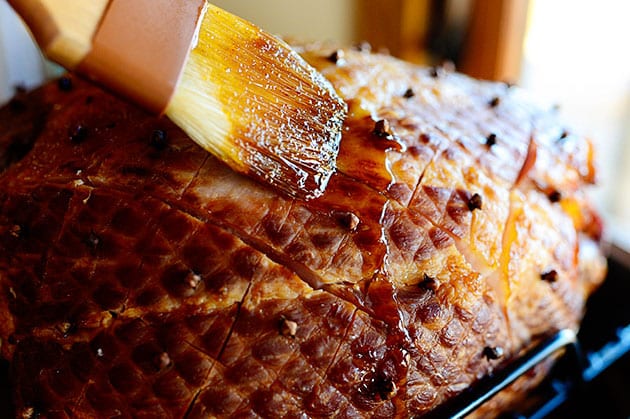 After it is done cooking, cover it with the remaining glaze. Let it it sit for 10 to 15 minutes outside of the oven before serving. Carve and enjoy. 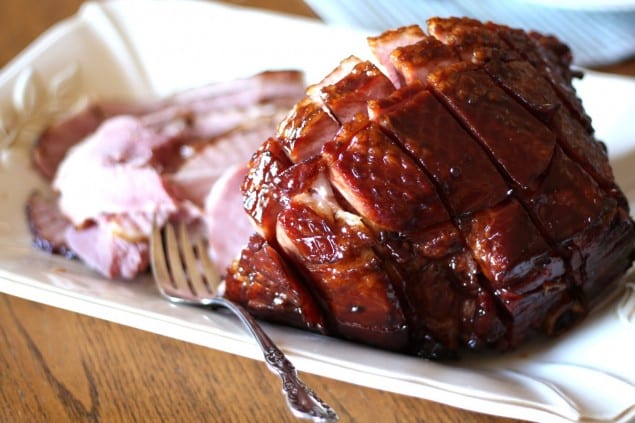 5.0 from 5 reviews
The Perfect Baked Ham

Print
There is nothing more festive than a juicy ham for any holiday gathering. Follow the recipe below and you are guaranteed to have your guests lining up for seconds.
Author: Mallory Davis
Recipe Type: Main Dish
Cuisine: Holiday
Serves: 18-25
Ingredients
Instructions
3.5.3251

Cooking your ham is a long feat, but an easy one at that–just remember to plan ahead to ensure enough baking time. And don’t forget to have fun while preparing your feast.