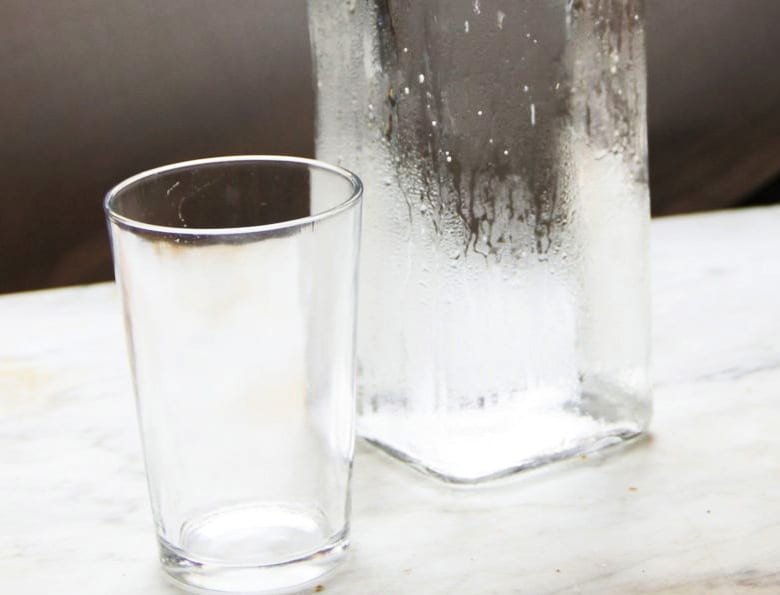 A Casa dell’ Acqua in small town in Umbria, Italy dispenses still or bubbly water for cheap and becomes a town gathering place.
By Judith Klinger 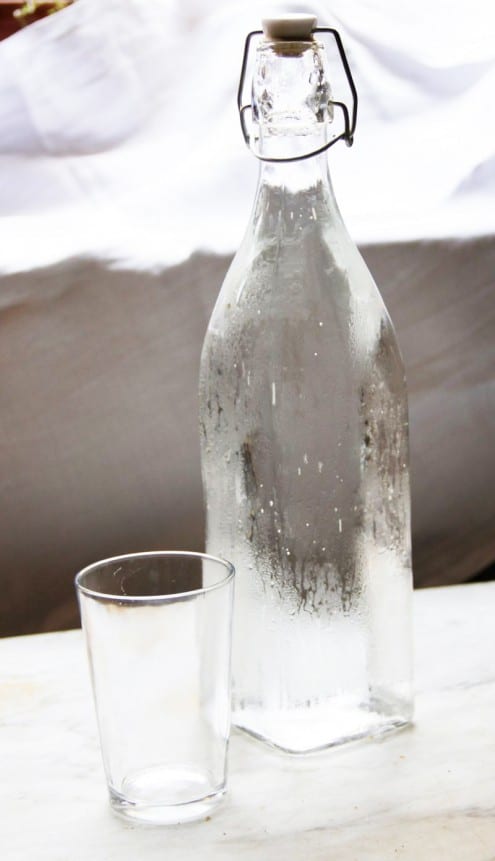 A funny thing happened last fall, maybe even in the middle of the night. We woke up one morning and there was a “Casa dell’ Acqua” in the Montone parking lot over by the elementary school. And another one had sprung up in the nearby town of Umbertide. When you live in Umbria, you get used to certain things: horrifyingly bad roads, spotty internet, wonky electric, and now, no bells in town. The story is always the same: no money and a fatalistic shrug of the shoulders. So when something new and shiny shows up, everyone notices.

The Casa dell’ Acqua is machine that dispenses fresh, filtered, cold water, in either the still or bubbly variety for 5 centesimi (a nickel!) a liter. In a country that is addicted to mineral water, it is said to be the world’s largest consumer of bottled water, and where the ubiquitous plastic bottle sits on the table at every meal, this is nothing short of revolutionary.

So why does Italy go through 6 billion bottles of water a year if there is nothing wrong with Italian tap water? One theory is that because we pay for water, this is a way of thumbing our noses at the municipalities. Ha! We won’t give our comune money, we’ll give it to the grocery store, bottle producer, and transport company instead! Really? I’m more willing to believe that we are willing victims of good marketing. If I say, “San Pellegrino”, your mind says “Oh, pretty green bottle, Italy….water good.” Hats off to Evian who taught us all that it’s chic to pay a few bucks for a bottle of water.

Now, before you brand me with the H for hypocrite, because I admit we’ve bought a swimming pool’s worth of bottled water, I’ve always been a little leery of our pipes. It’s a medieval village, you know, built right around the time that lead pipes seemed like a really good idea. And we’ve got a fair number of ‘off’ people in the village, which always makes me wonder about their drinking habits. Bottled water is also super cheap; a euro or so for a 6 liter pack. That doesn’t mean we didn’t feel guilty.

About a year or so ago, we started seeing restaurants using a water system where you got a cool carafe of water instead of the plastic bottle. I got all excited and tried to track down a company that would set one up for us at home, but could never find one interested in residential set ups.

Then the Casa dell’ Acqua shows up and life changes. Literally. Life changing. People now go to the town “well”. Most times there’s a little line, which means good opportunities for conversations and gossip. I bring along some extra change because someone always needs something and the machine doesn’t make change. Which also means you have the possibility of getting free water if someone puts in twenty cents and only takes 3 liters. Jeff hit the jackpot the other day, someone must have put in a whole euro because we got about 8 liters for free! See, one of life’s better moments.

However, as you know, life is not always fair, which is why the people in Umbertide get a liter and a half for their nickel and we only get a liter. But, they have longer lines than we do, so I guess it evens out.

I was in our grocery store the other day and noticed that the real estate usually set aside for bottled water had shrunk. Instead of ten palettes of bottle water, there were six. So, I guess it’s catching on.

If the stubborn Italians, can ban smoking indoors, become recycling fanatics, use re-useable shopping bags, then I think there is hope for the rest of the world. (Kicking the Berlusconi habit, now that’s another story…)

Imagine…. a Casa dell’Acqua on Spring St. in Soho in NYC. It would be fabulous!! (Any mayoral candidates listening?? We could have a Wet Weiner Water campaign…..sorry, I just couldn’t help myself…must be the heat).

Alta Langa: Why You Should be Drinking Sparkling Wine from Piedmont