Bowen Close steeps Thai tea in a mixture of milk and sweet condensed milk to make a cupcake that tastes shockingly like its inspiration.
By Bowen Close 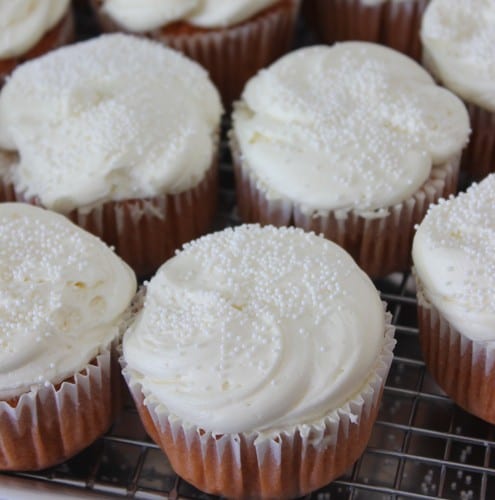 These cupcakes easy to make, and a little confusing to eat. (In a very, very, very good way.)

See, they exactly like Thai iced tea – you know, the delicious kind you order at Thai restaurants to calm down fiery curries and noodles packed with chili. (The one you inevitably end up drinking most of before your food even arrives …) You’d swear you were drinking a big glass of creamy, sweet, orange-colored Thai iced tea – but it’s a cupcake.

I co-hosted a bridal shower for one of my best friends this weekend, and developed a Thai iced tea cupcake to go along with a fresh, flavorful Thai barbeque-type menu (think: satays, spring rolls, larb lettuce wraps, Thai-inspired cole slaw). This is another in a line of recipes I’ve developed as I’ve been playing with basic recipes and adding new flavors and interesting combinations of things.  I’ve been experimenting in particular with steeping flavoring elements in the milk that goes into a basic yellow cake, and have been very pleased with the tasty items that follow. I steeped saffron in buttermilk to make this Persian birthday cake, and this time I steeped Thai tea in a mixture of milk and sweet condensed milk to make a cupcake that tastes shockingly like its inspiration. 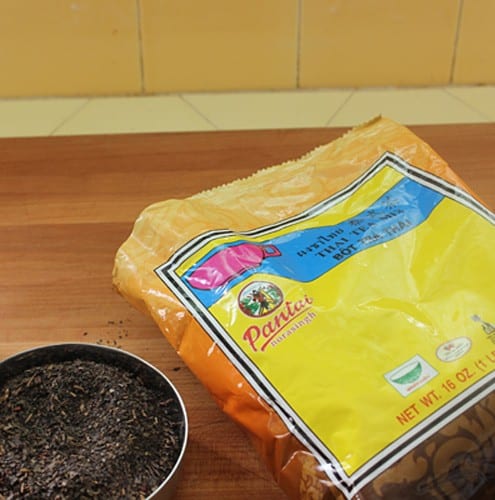 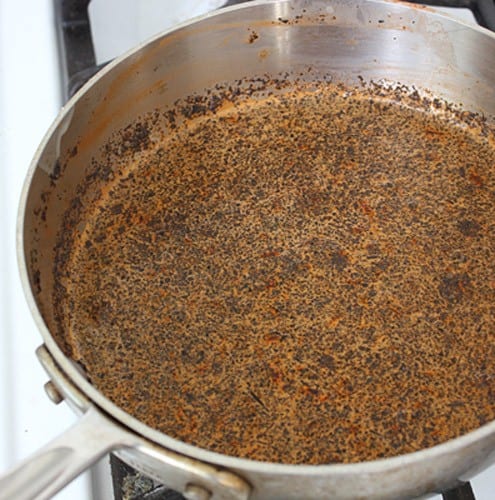 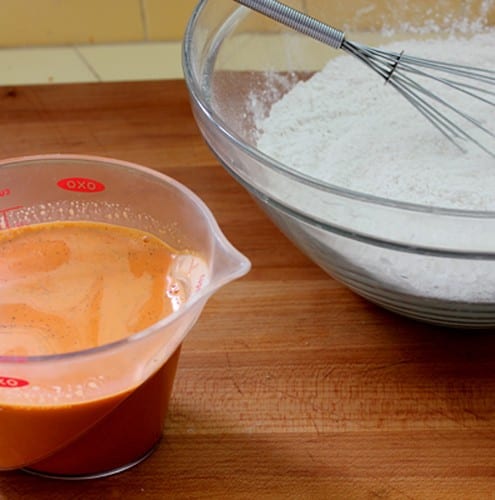 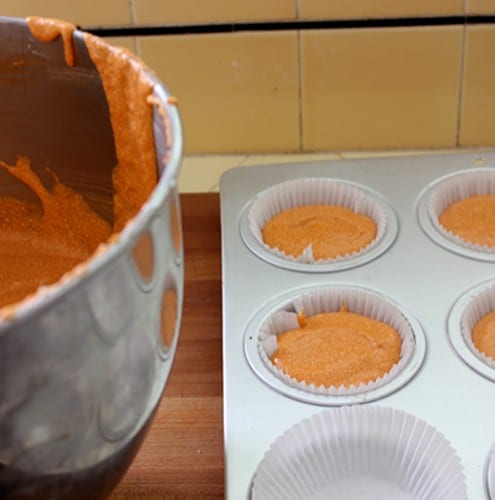 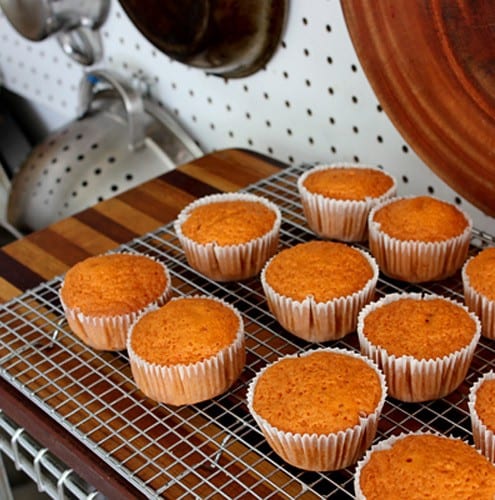 A tasty, easy condensed milk buttercream pulls together the flavor ruse even further and helps to mimic that layer of milk that often comes on top of the tea.

One of my favorite parts about making these cupcakes is handing one to someone without telling them what the flavor is and seeing their excitement as they recognize the flavor. 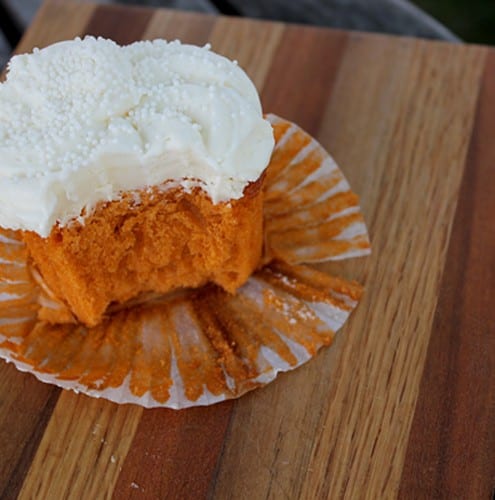 Print
Prep Time
20 mins
Cook Time
25 mins
Total Time
45 mins
Thai iced tea cake with condensed milk buttercream - tastes exactly like the beverage!
Author: Bowen Close (Bowen Appétit)
Recipe Type: Dessert
Serves: 24
Ingredients
Condensed milk buttercream
Instructions
Notes
- I purchased Thai iced tea mix&nbsp;from a Thai grocery store in Los Angeles (this brand: http://www.amazon.com/Thai-Iced-Traditional-Restaurant-Style/dp/B000UPNK9S). This recipe will work with any dry Thai iced tea mix that instructs you to steep in hot water and then drain (i.e. not an instant tea powder), whether you purchase it or make it from dry ingredients. Most mixes I've seen seem to contain food coloring, which I like to avoid - but I haven't yet tried making my own mix at home, but I found some good options doing an internet search for thai iced tea recipes. - The tea flavor develops as the cupcakes sit, so they're best if you make them 24 hours or so before eating. Finished and frosted cupcakes can be refrigerated for 48 hours before eating (bring to room temperature before serving), and unfrosted cupcakes can be frozen for up to three months (you can even frost them without thawing, if you want).
2.2.6

A Bite of Britain: Crowned Coronation Chicken for Diamond Jubilee