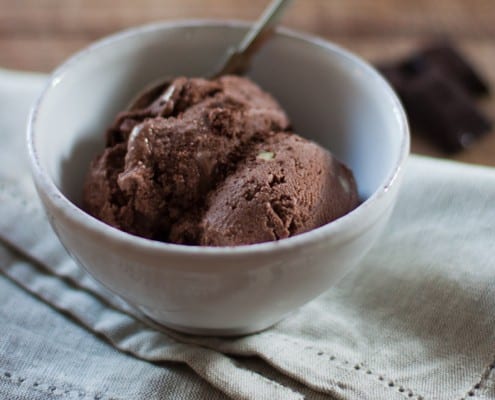 The base recipe for this gelato is inspired by Pellegrino Artusi’s century-old Italian recipe for gelato di cioccolata.
By Emiko Davies 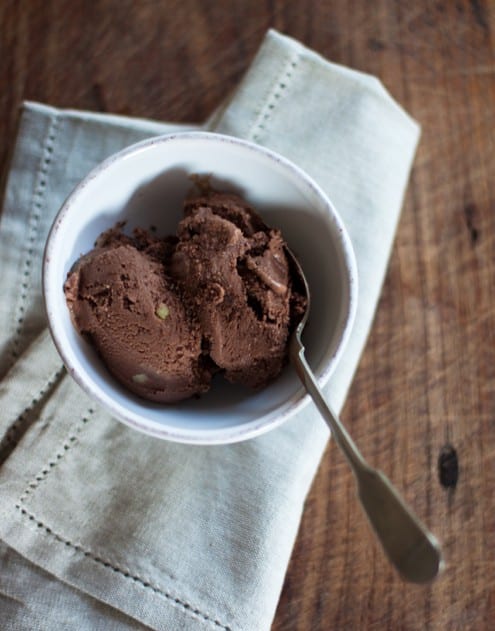 The base recipe for this gelato is inspired by Pellegrino Artusi’s century-old Italian recipe for gelato di cioccolata. In his 1891 cookbook, Science in the Kitchen and the Art of Eating Well, Artusi includes no less than twenty four gelato recipes.

The favourite frozen dessert of Italy has been around for centuries, although it was originally a specialty limited only to royalty. The Medici family held the secret to this delectable dish for a long time, with stories abounding of its invention by one of the Medici’s talented architects, Bernardo Buontalenti.

Gelato then made its way to Paris via Catherine de’ Medici, whose Florentine pastry chefs and cooks followed her in 1533 when she married Henry II of France. She wowed her French guests with gelato but, according to Artusi, the recipe was kept secret for at least another century until 1660 when a Sicilian, Francesco Procopio dei Coltelli, opened a café in Paris selling gelato and granita. The recipe was copied, spreading eventually to England and the rest of Europe and the mouths of the public.

This gelato recipe is richer than Artusi’s incredibly simple version of milk, sugar and chocolate. More chocolate and a couple of egg yolks make it more indulgent, then it’s laced with gooey, stewed figs. You could use canned figs in syrup if you can find them, or stew fresh ripe figs yourself. Even better (for a more intense flavour and sweetness), use dried figs steeped in hot water, then stewed until soft and gooey.