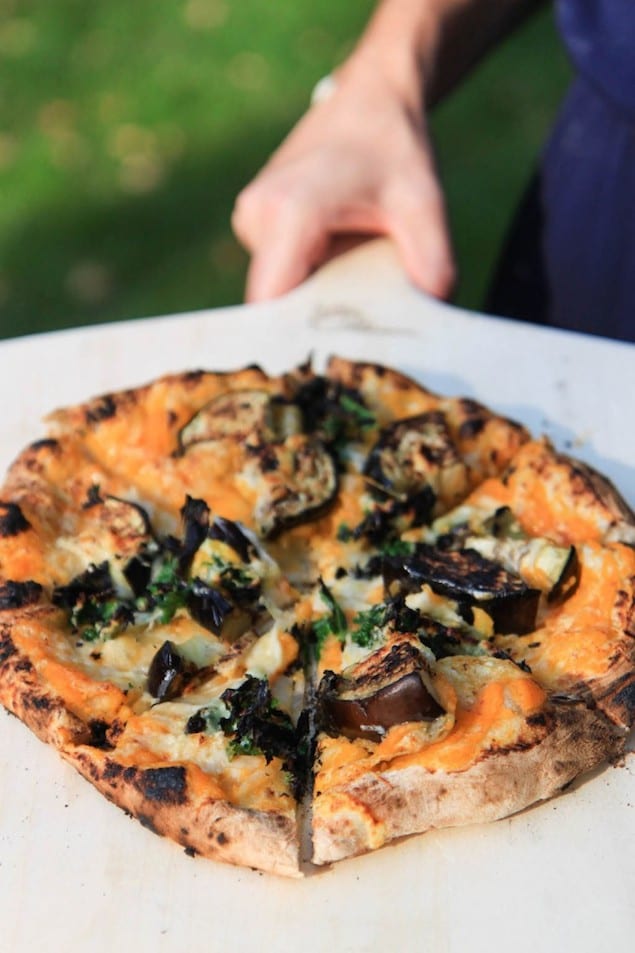 The squash gets it’s smoky flavor from chiles en adobo sauce, which also give it a good kick. I broiled the eggplant before putting it on the pizza to make sure they were soft, and threw on some raw kale which got nice and crispy in the hot wood burning oven. If you’re looking for a fun new fall-ish pizza to try – give this a shot! It was one of my favorites. 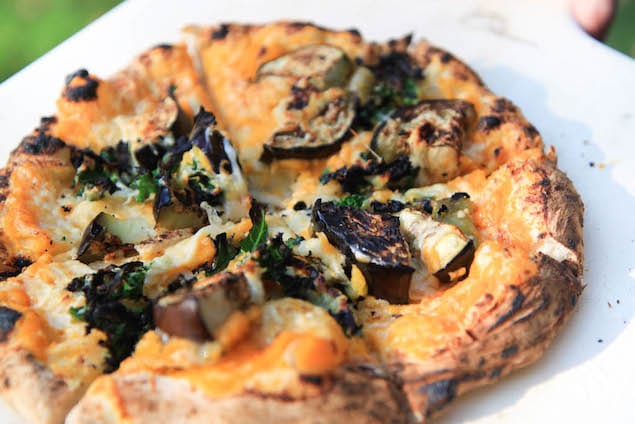 Print
Fall flavors were meant to be pizza toppings. Broiled eggplant, roasted butternut, and crispy baked kale give this rich pie some beautiful warm flavors.
Author: Taylor Kadlec
Recipe Type: Main
Ingredients
For the squash
for the eggplant:
for the pizza:
Instructions
To cook the squash
To cook the eggplant:
To make squash puree:
To assemble the pizza:
Notes
The toppings you prepare (the squash puree and eggplant) will certainly make more than one pizza, and the amount of toppings you use for each pizza will depend on how large your pizza crust is. If you are not making more than one pizza, or make a couple and have leftovers, the squash puree can be frozen. The eggplant will not hold up well if frozen, so you can throw leftovers in a salad or pasta!

*follow the instructions for the pizza crust you are making, as far as pre-baking the crust if the instructions call for it, oven temperature, baking time. Since the topping ingredients are already cooked, you just want to make sure the cheese gets nice and melted.
3.2.1275