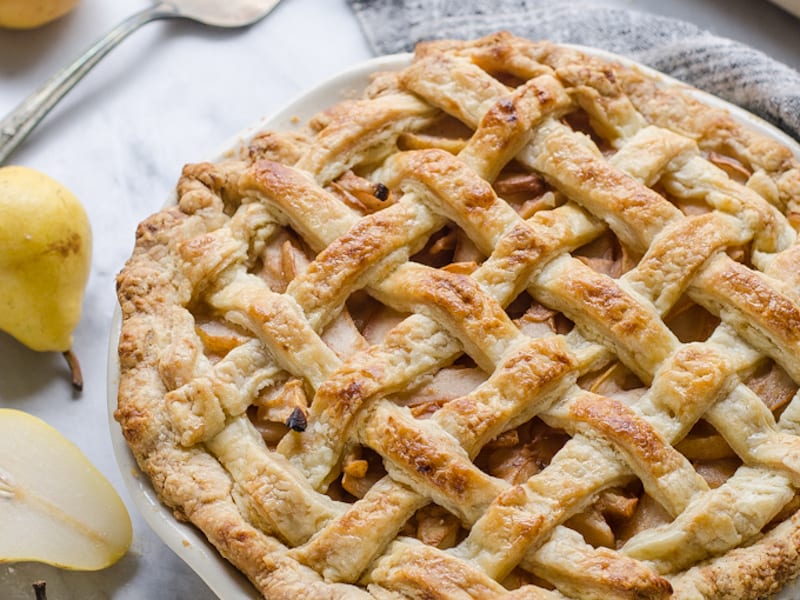 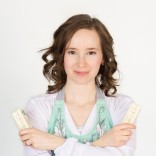 Hello! I’m Erica Lea. I’m a 20-something Christian living in…

The perfect end to dinner, this sweet and spiced pear pie is a true delight with an especially flaky sourdough crust. 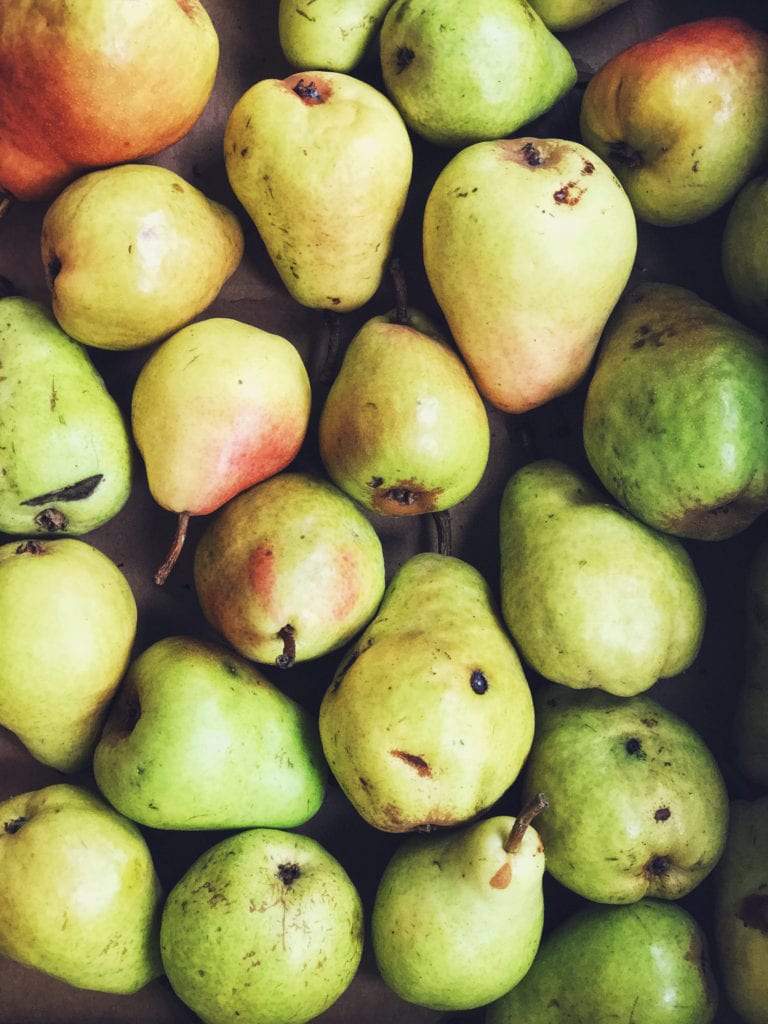 I feel like pumpkin, apple, and pear are The Big Three of the fall baking fruits (if you count pumpkin as a fruit). But I feel like pears don’t get as much limelight as apples and pumpkins. Which is such a shame: they’re one of my all-time favorite fruits! 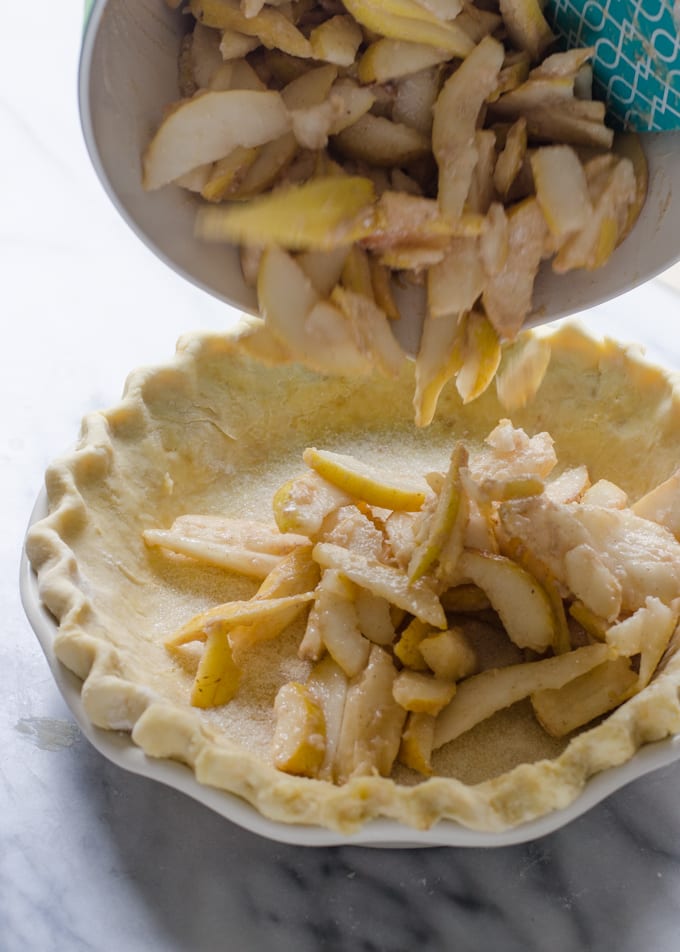 I decided to buy half a lug of pears from my mom. And I’m so glad that I did! Even though they were seconds, they had an amazing flavor and texture. We had them plain, with whipped cream (SO good), in a Pear Dutch Baby, and (of course) this Spiced Pear Pie. 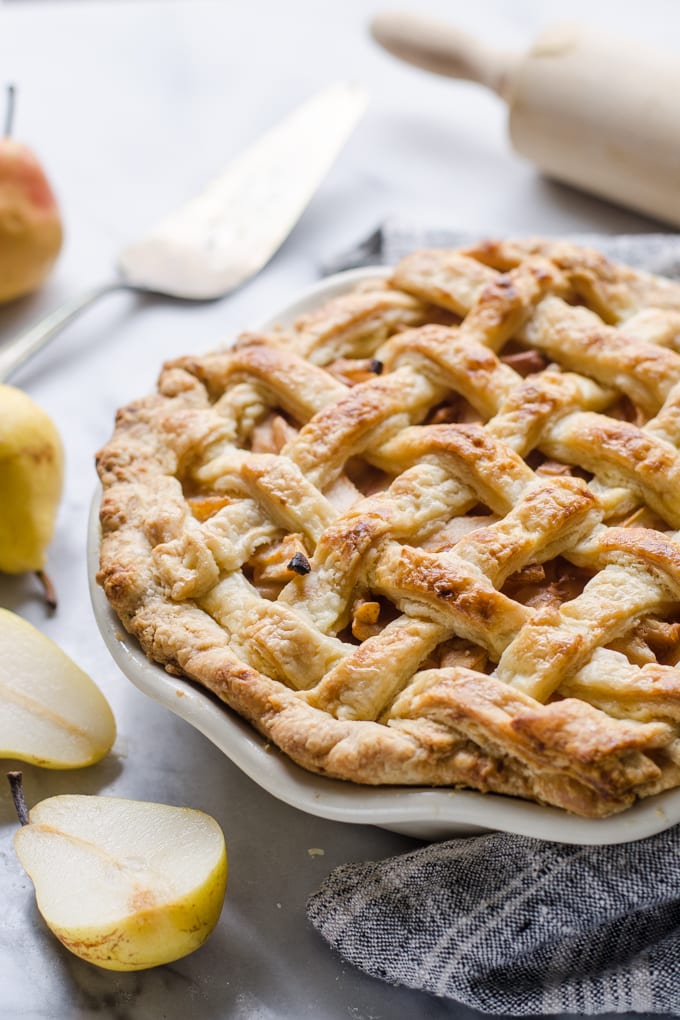 BTW – I used my Sourdough Pie Crust for this recipe. You wouldn’t know it was made with a sourdough starter from the taste, but it makes the crust so delightfully flaky.

My biggest tip for success with lattice crusts is to freeze your strips of pie dough on a cookie sheet before attempting the weave. It makes it a lot easier to work with!

Serve with a (large) dollop of homemade whipped cream. This is the perfect end to a fall meal. Or you could eat if for breakfast: no judgement! 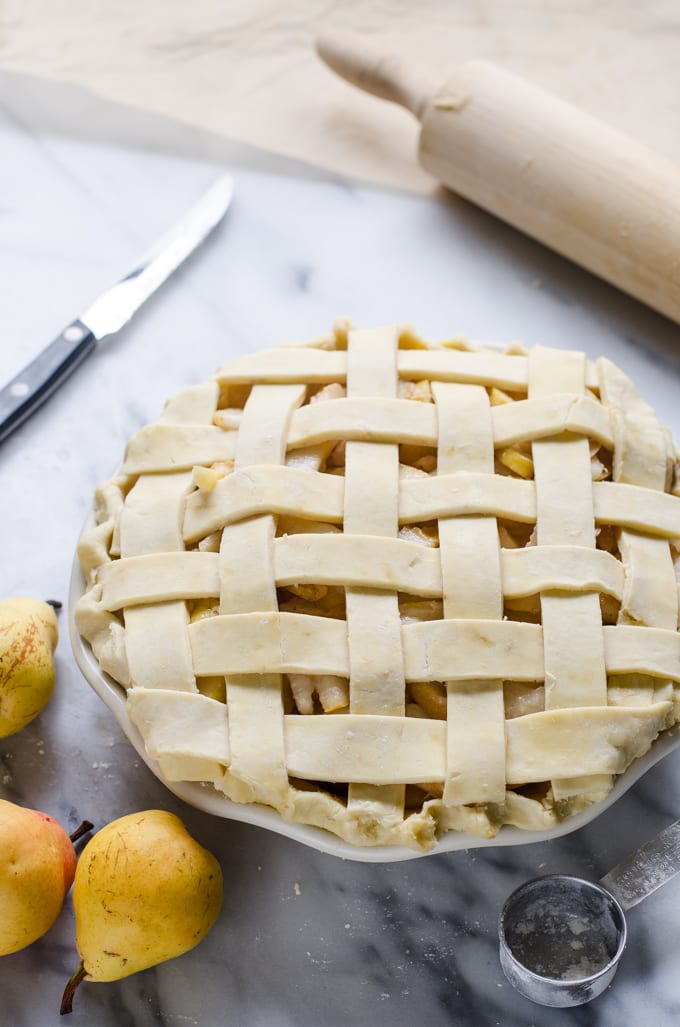 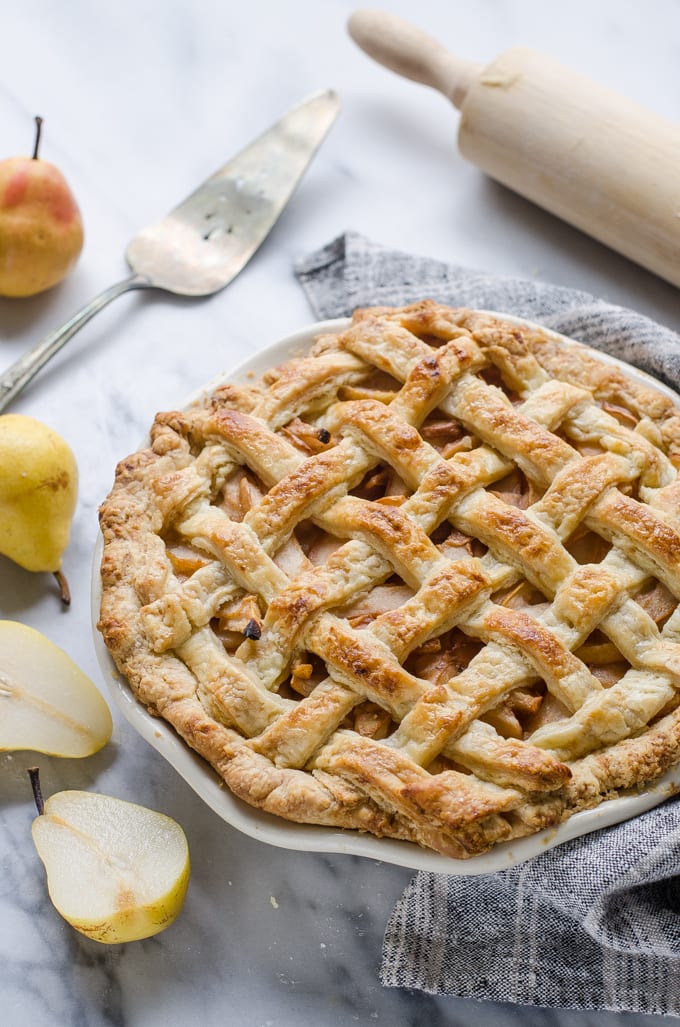 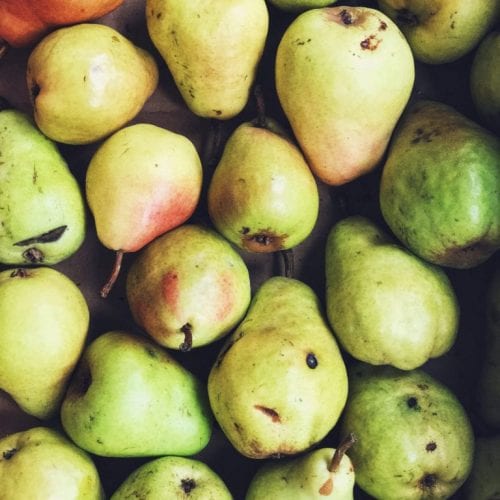 I drastically reduced the amount of added sugar in this spiced pear pie. In fact, there’s only 2 tablespoons in the whole pie! If you like your desserts on the sweeter side, you can up the amount of sugar to 1/2 cup. Also, the sweetness of your pears can affect how much sweetener you need to add. Recipe adapted from epicurious. 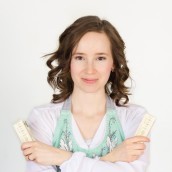 Hello! I’m Erica Lea. I’m a 20-something Christian living in northern Minnesota with a desire to cook quality food for my husband, Reuben, my little girl, Helen, and (eventually) my little boy, James. On Buttered Side Up I share recipes I have tried & modified (to be a tad healthier) and found to be delicious. My main focus is recipes with a healthy touch.