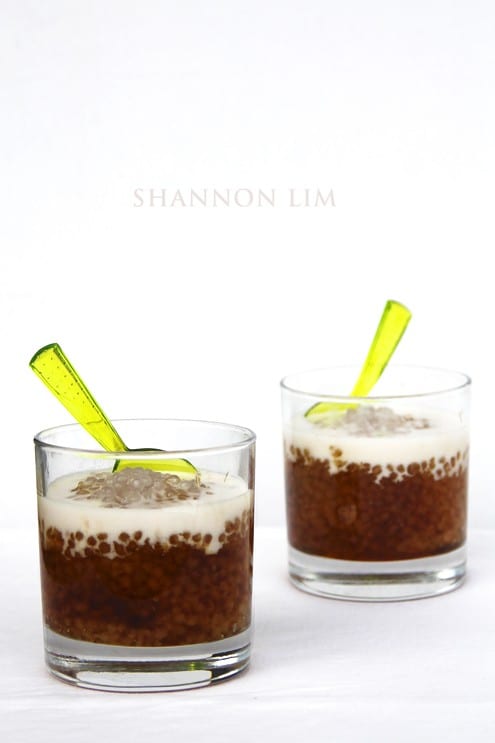 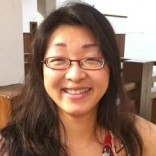 Sago Gula Melaka is a typical Malaysian dessert. Simplicity best describes this dessert because you just need 3 simple ingredients and it can be prepared in 15 minutes.
By Shannon Lim

The insipid sago pearls when drenched with creamy coconut milk and rich sweet flavour of palm sugar syrup becomes a wonderfully rich dessert you want to tuck into over and over again.

Both sago pearls and gula melaka (palm sugar) are common ingredients in making Malaysian dessert. Sago is a form of starch extracted from the pith of sago palm stems which are commercially produced in the shape of ‘pearls’. These pearls take the form of dry opaque balls not more than 2 mm in diameter and are commonly used in desserts.

Gula Melaka is palm sugar which is extracted from the sap of the flower bud of a coconut tree which then boiled until thickened and packed into bamboo tubes forming its cylindrical shape. It has richer flavour and the colour is darker than Thai palm sugar and Indian palm jaggery.

Sago reminded me of my trip to Monsopiad Cultural Village, a traditional village of Kadazandusun people of Sabah Borneo. We were shown how to scrap the sago tree sap on nails to produce the sago powder. Besides sago, the tree produces another Kadazan delicacy.. Sago worms! These worms are nutritious protein supplements for the Kadazans, the worms are usually eaten alive or grilled. Eewwww factor to the max! No way I will try! As part of the Malaysian culture, how could I not share this story? :P 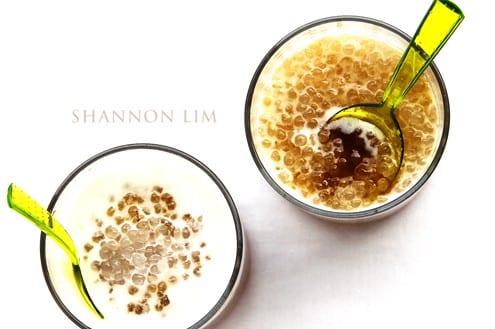 Now back to the dessert..  It’s handy to have a few glasses Sago Gula Melaka in the fridge during scorching days like this. Ah.. what a perfect sweet treat to cool myself down at the end of the day. 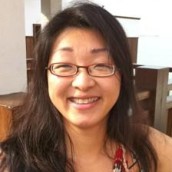