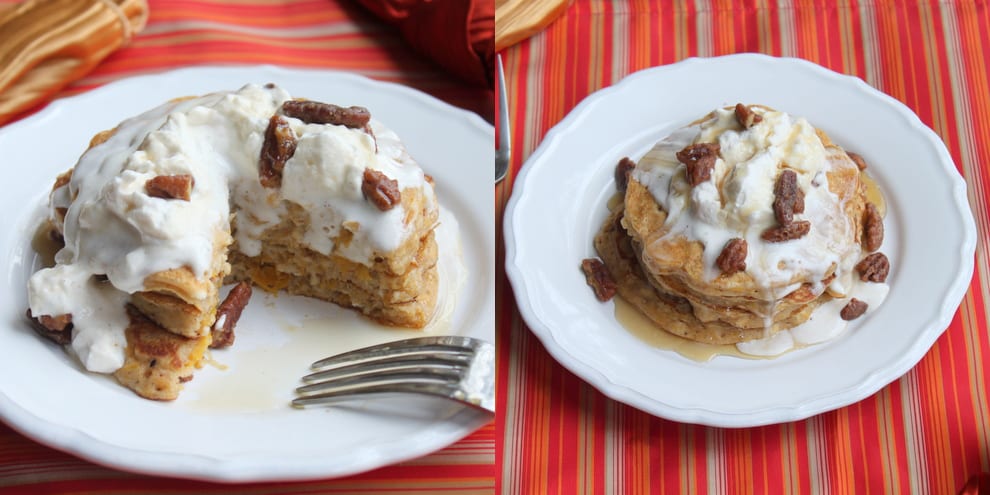 The pumpkin buttermilk pancakes let you eat this dish for breakfast, but with so much sweet stuff happening it could easily double as a decadent dessert.
By Kelsey Hilts