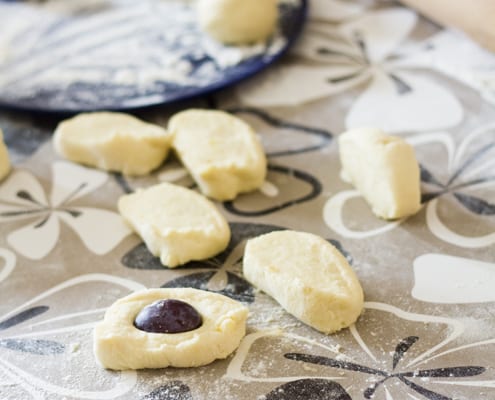 Potato dumplings filled with plums can be served as a dessert or as a sweet lunch.
By Tamara Novakoviç 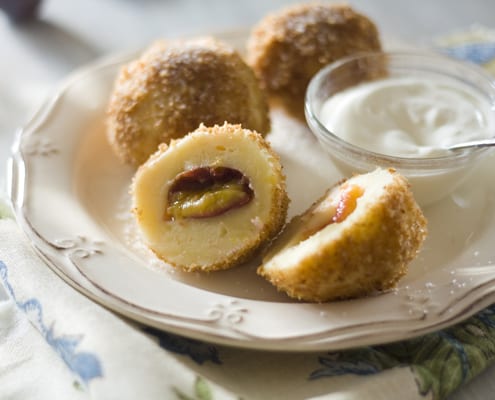 Potato dumplings are a staple in Croatian kitchens. The potato dough is very common in Croatian cuisine, so we enjoy in different varieties and shapes of dumplings, gnocchi, croquettes and such. The most common and traditional potato dumplings are the ones filled with plums: either fresh plums, or home made plum jam. Of course, you can use any type of fruit or marmalade as the filling but personally, plums are my favorite.

Potato dumplings are first cooked, then rolled into fried breadcrumbs. For this purpose, we most often use oil, but you can substitute it with butter. You can also add some cinnamon to the breadcrumbs. The traditional way of serving them is with sugar and sour cream on top.