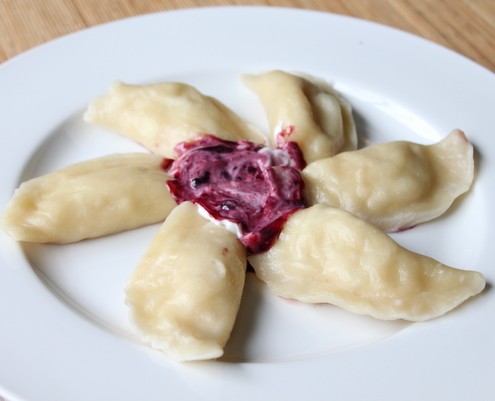 Eastern European food is getting more attention globally, and with Kelsey Hilts delicious Polish recipe, we join the movement.
Text And Photos By Kelsey Hilts 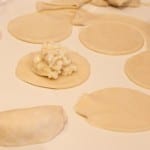 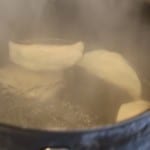 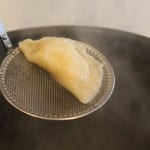 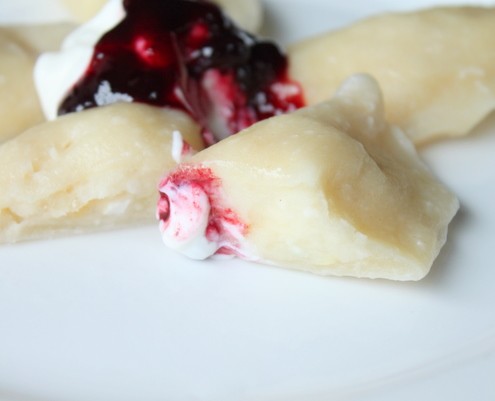 Pierogi (also commonly spelled perogi) are Easter European dumplings made of unleavened dough that are filled and then either boiled, baked or fried.  As with other dumplings found around the world (such as Jiaozi from China or Gyoza from Japan) pierogi fillings vary with each chef and can either be stuffed with sweet or savory fillings.

This Polish version of pierogi comes from my husband’s Grandmother who was of Polish descent and is filled with a typical Polish filling of boiled potatoes, cottage cheese and onion.  These pierogi are in the typical semi-circular shape and are boiled.  As recommended by Grandma Verne, these are best when served with sour cream and currant jelly.

1. To make the dough, mix the flour, oil, cold water and salt until a soft dough forms.  Cover it with a towel and let it rest for thirty minutes before rolling it out.

2. To prepare the filling, boil the potatoes until they are soft.  Peel off the skins and mash the potatoes.  Let them cool.  In a separate pan, melt the butter over medium heat.  Add the chopped onion and cook them until they are tender, adding the water as they cook to help keep them soft.  Chop up the cooked onion into a purée with a blender or a knife.  Combine the cold mashed potatoes, onion purée and cottage cheese in a bowl.  Season the filling with salt and pepper to taste.

3. Roll out the dough on a lightly-floured surface as thinly as possible without it tearing.  Using a cup or a cookie cutter, cut out circles that are roughly 3 1/2 inches in diameter.  Working with the circles one at a time, spoon several teaspoons of filling in the center of the circle.  Brush the edges of the dough with water.  Fold the circle over to make a semi-circle, sealing the dough and crimping the edges together with your fingers.  Make sure that no filling is leaking out of the edges and that the dough is not torn.

4. To cook the dumplings, place them several at a time in a large pot of boiling water.  They will sink and touch bottom.  Let them cook for several minutes until they rise to the top.  Serve them immediately with sour cream and currant jelly.

5. This recipe yields 50-60 pierogi depending on how thinly you roll out the dough.  I made a smaller batch by cutting the dough in fourths and the filling in thirds.

TIP: Save any leftover filling for yummy hash browns the next day.