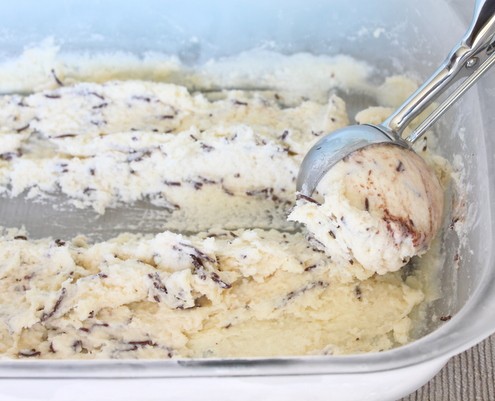 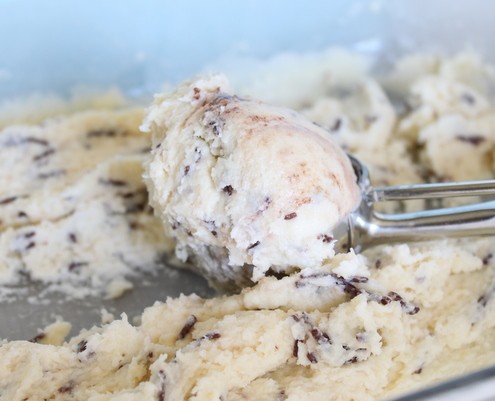 I love making ice cream and have really come to love the ice cream attachment for my Kitchen Aid stand-up mixer because it makes the process so easy. But because I was curious and because I wanted to have tried it when recommending it to friends and readers, I made ice cream without a machine this time, following the simple steps outlined in David Lebovitz’ article: How to Make Ice Cream Without a Machine. I was pleasantly surprised with how creamy the ice cream turned out when simply beaten in a pan. It is a straightforward process that I’m sure I will follow again if I’m ever stuck without a machine or if I want to make multiple flavors at once. 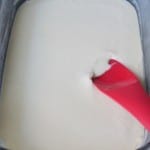 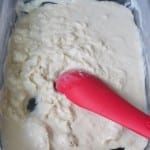 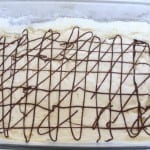 In David Lebovitz’ article he pictured stracciatella ice cream and I was reminded of the stracciatella gelato that I have seen and sampled many times in gelaterias all over the place. So I decided that it was the perfect flavor for my trial of making ice cream without a machine. To mix it up, I used Nutella as the chocolate source not only because Nutella Stracciatella has such a nice ring to it but also because my Nutella-loving niece was visiting.

Stracciatella gelato was invented in Italy in the 1960’s. It is reminiscent of America’s chocolate chip ice cream but the chips of chocolate are in smaller strands which are integrated more into the gelato itself. I used a standard French Vanilla Ice Cream as the base and then added Nutella to taste. For those of you who aren’t Nutella fans you can use as little Nutella as you would like or substitute any melted chocolate, including plain chocolate chips. For you Nutellaholics out there, you can repeat the “drizzle it with more Nutella” step ad nauseum.