Porridge is widely popular at the moment and with Copenhagen having GRØD, the first restaurant serving solely porridge, the good old favorites are suddenly being remembered again.
By Mia Irene Kristensen 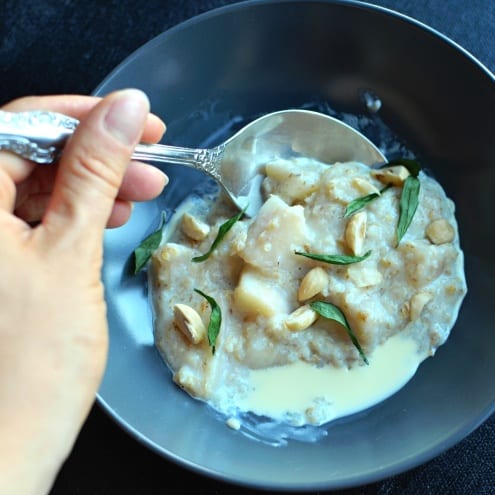 Porridge is widely popular at the moment and with Copenhagen having GRØD, the first restaurant serving solely porridge, the good old favorites are suddenly being remembered again. This porridge is originally known as “pærevælling” and it has always been a traditional winter dish in my family. Sometimes served with cinnamon sugar, sometimes with modern fluffy licorice butter (soft butter whisked with licorice powder and honey) – the flavors are mild, so go for toppings that pairs well with pear.

Grain favorites – Barley & Rye
My favorite grain for porridge is barley. The flavour is mild and the texture is creamy even if you cook it with water. If you’re a fan of a little more structure in the porridge go for chopped barley instead of flakes. In this porridge the pears are added a little before the porridge is done – giving a sweet and pleasant pear aroma in every mouthfull. If you’re in the search of a heartier porridge, to keep you full for the long hours before lunch, go for a rye-based porridge for breakfast. Either choose chopped rye, usually used for rye bread or rye flakes (avalable in health food stores).

Use leftover porridge
Make porridge in big batches and eat it hot for breakfat, cold as a snack or use leftovers for “klatkager”. Simply stirr in an egg along with a little milk, sugar and flour. Fry this dough in bottom on a pan untill golden and cooked through. 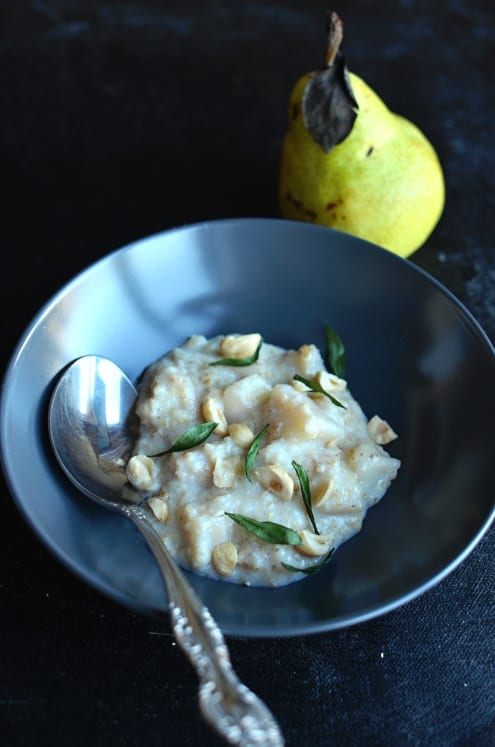