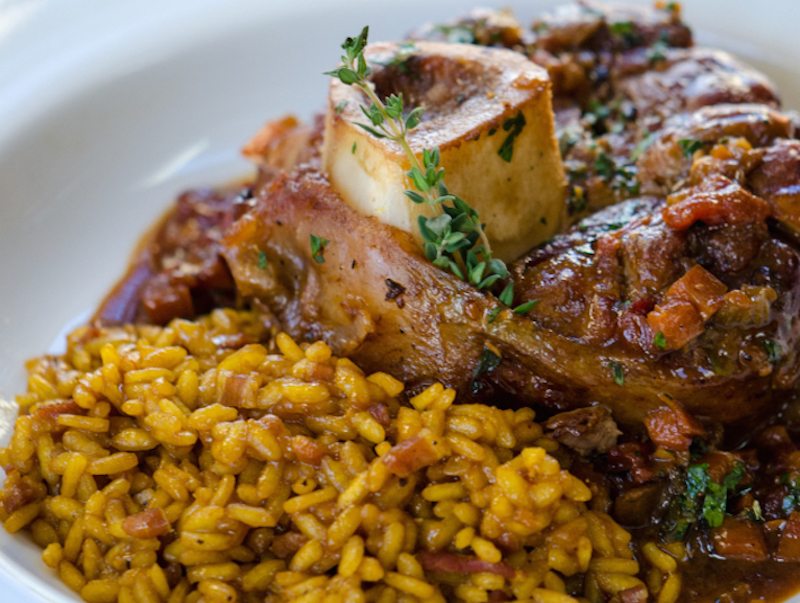 Traditionally served with gremolata and a small spoon to enjoy the marrow from the bone, ossobuco is a dish common of Milan that is known around the world. 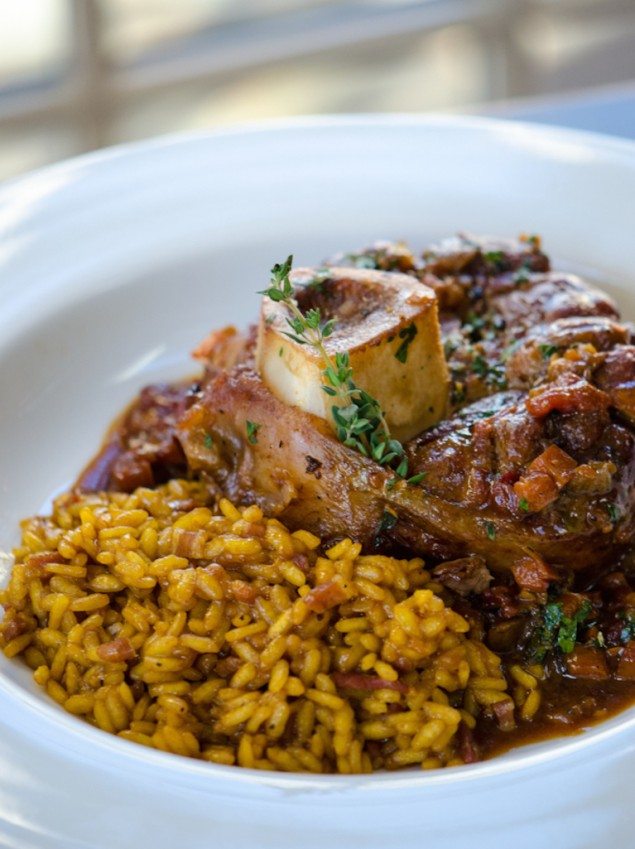 As guests on our Italiaoutdoors Food and Wine Italy tours discover, Italian cuisine is very diverse in nature, exhibiting unique regional identity. But some dishes have escaped their regional borders and have been adopted throughout Italy, and even worldwide. Think Insalata Caprese, Spaghetti alla Carbonara. One dish, initially from Northern Italy, that now enjoys a world wide reputation is Ossobuco.

Ossobuco alla Milanese, hails from Milan. Ossobuco comes from the local dialect, oss bus, or “bone with a hole”. The basic ingredient for Ossobuco is veal shank, preferably the widest part of the hind shank which has a fair amount of meat around the marrow bone. Marrowbones and veal shanks were used in Italian cooking as far back as the middle ages, but it is doubtful this dish is that old. Its first appearance in a cookbook is not until 1891, in Pellegrino Artusi’s “La Scienza in Cucina e l’Arte di Mangiare Bene” (The Science in the Kitchen and the Art of Eating Well), one of the first collections of Italian national cuisine ever published.

It is traditionally seasoned just before serving with gremolata, or gremolada, a mixture of grated lemon peel, parsley and garlic. Culinary historians note that in the late 18th century, lemon, which grows in much of Italy, began to be used as a seasoning to replace more expensive spices that had to be imported, like cinnamon and cloves. Since that time, the dish has come into its own, a staple on the menu of the many osterie and trattorie in Milan, and worldwide. In Milan, it is served with risotto alla milanese, and a litte spoon for extracting every last morsel of the luscious marrow from the bone. This city takes its local dish so seriously that in 2007, the City Council included oss bus in the De.Co. (Denominazioni Comunali), officially proclaiming their ownership of this local specialty.

Recipes for Ossobuco now appear in cookbooks in France, the US, and the UK, so as one would expect, there are many variations. Should you use tomatoes? Tomatoes were not introduced to Italy until the late 19th century, so the original version probably did not include them, but today tomatoes are used more often that not. Some versions braise in the oven, others on the stove top. Variations of gremolata include other herbs like rosemary and sage, and many include an anchovy. Let your personal taste be your guide.

A perfect wine to enjoy with your Ossobuco would be a robust red from Valtellina. The most prestigious zone for red wines in Lombardy, this region, located in the Alps north of Milan, is the only region outside of Piedmont to produce a Nebbiolo based red, locally called Chiavennasca. 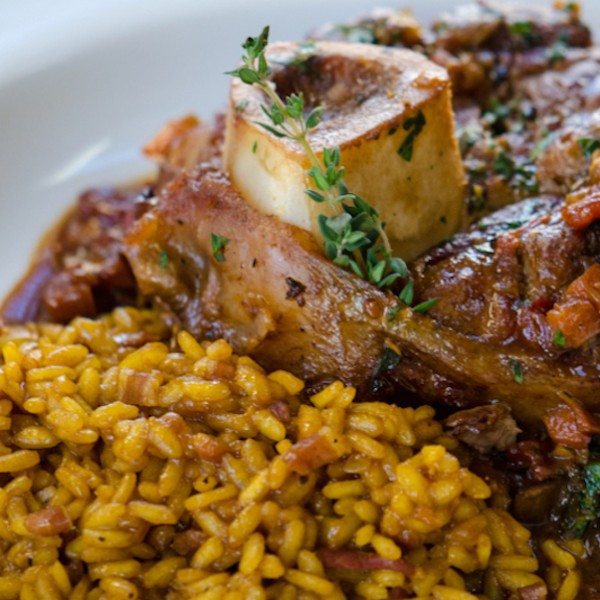