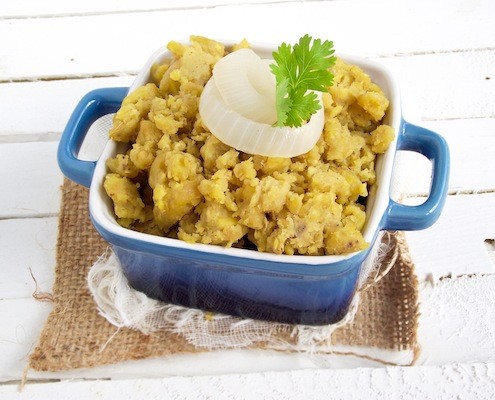 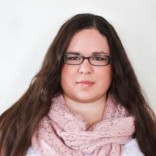 Born and raised in Puerto Rico Yadsia has a B.A.…

A traditional Dominican dish that features the best flavors of the Caribbean country.
By Yadsia G. Iglesias

I’ve never been to the beautiful Dominican Republic, but having lived my entire life so close to it (Puerto Rico), I’ve had the pleasure of tasting most of their classic dishes. Mangú is one of them, probably the most well known Dominican dish. It’s made by mashing green (unripe) plantains and traditionally eaten for breakfast.

A friend from high school first introduced me to it. Her mom used to add vinegar to the plantains themselves before mashing, which gave them that extra kick of flavor that I craved the most. Years later, another Dominican friend told me that the vinegar is optional, but should always be added to the onions instead.

Different variations exist. Some people add bacon or chopped salami to it. Other people mix the onions right in, adding a splash of vinegar to the mix. When it comes to fat, I prefer a fat free version (girls, right?), but you can either add some butter or olive oil to make it smoother and more flavorful. One thing that can’t be missing from your plate is a fried egg on the side. 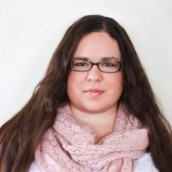 Born and raised in Puerto Rico Yadsia has a B.A. in Early Childhood Education and is currently trying to survive an M.B.A. Her goal is to convey her Afro-Caribbean heritage through food.