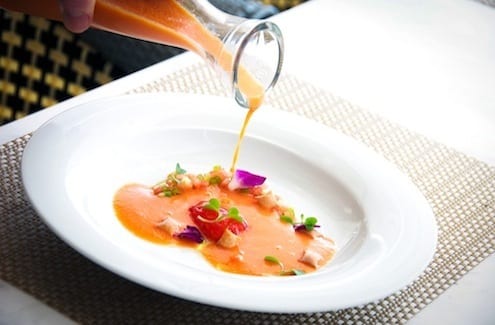 The summer months are almost upon us and this light and delightful recipe adapted from Chef  José Andrés is always ready to refresh you on a hot day. You can find it on the menu of The Bazaar by José Andrés or for lunch at Bar Centro at the SLS Hotel in Miami Beach. The best thing is that you can even make it at home.
By Brenda Benoit 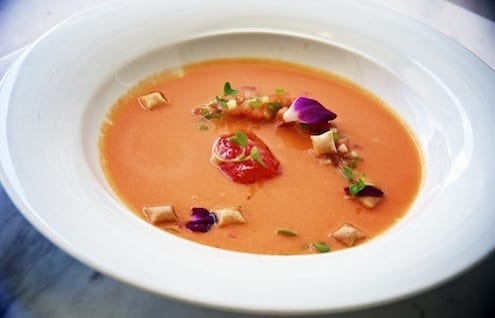 Print
Prep Time
20 mins
Cook Time
35 mins
Total Time
55 mins
Gazpacho recipe courtesy of chef José Andrés.
Author: José Andrés
Recipe Type: Side
Serves: 6-8
Ingredients
For the soup:
For the garnish:
Instructions
To make the soup
For the garnish
3.2.1230
Chef José Andrés also says that if you want to save time, you can simplify the garnish: just use a few cubes of cucumber, tomato, and green pepper and pour the soup over it.