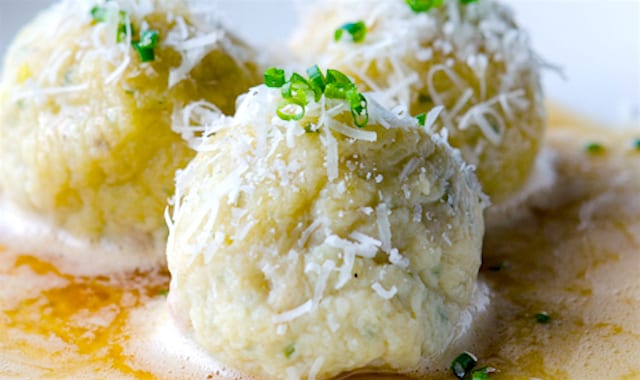 Italian dumplings, or canederli, are a delicious way to use up stale bread. Learn how to make them and serve in a brown butter sauce or soup broth.
By Kathy Bechtel 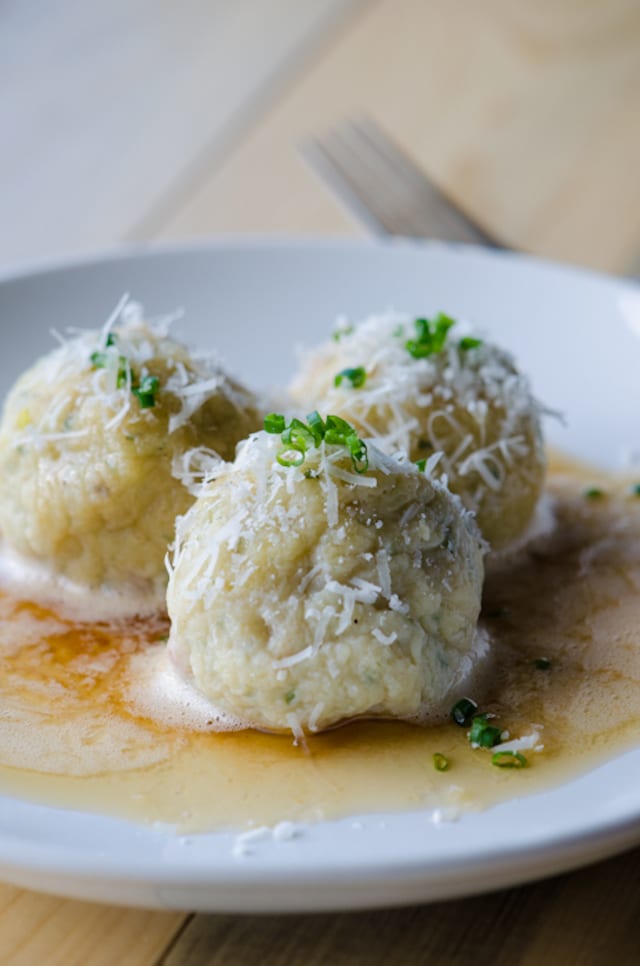 If I had to pick one dish to represent the regional cuisine of Trentino-Alto Adige or Sudtirol, canederli would be it. With it’s majestic terrain of mountains and river valleys, fascinating history as it has been caught between the Mediterranean influences to the south and Germanic peoples to the north, and over 300 days of sunshine annually, it is the perfect area to explore on a cycling tour or hiking adventure.

Canederli dumplings, or knödel in German, are the signature dish of Tyrol. These are large dumplings made with stale bread, milk, flour and egg, and flavored with a variety of different ingredients. They are a quintessential example of the ‘cucina povera’ of Italy, creating a dish out of your leftover stale bread and flavoring it with whatever you had on hand. They can be savory, and served as a first course (Canederli in Brodo or con Burro) or as a side dish to accompany meats, like a traditional goulash. You will also see sweet versions, often stuffed with fruits or creams and served for dessert. 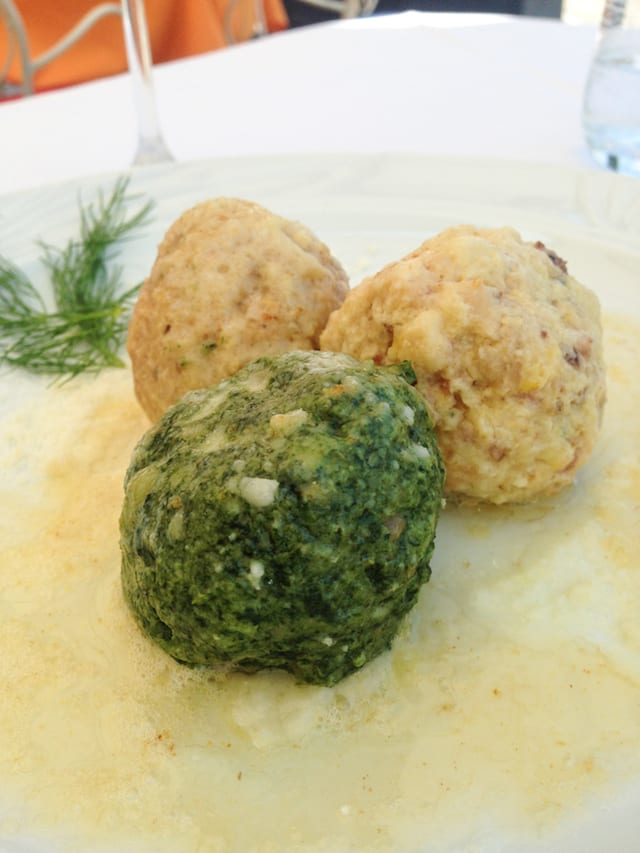 In each valley they are cooked differently: in Val Passiria and Burgaviato we find varieties made with buckwheat, in the Puster Valley there are Canederli di Magro, or ‘skinny’ dumplings made without meat. In Val Venosta they might be steamed rather than poached. Different flavoring options abound, from speck, mushrooms, cheese, spinach, to nettles, turnips and sausage. The most typical version is the one I present today, Canederli di Speck, speck being the smoked prosciutto produced here in Trentino-Alto Adige. But gourmet versions of the humble canederli abound, from beet canederli (recipe here) to canederli with fresh porcini to ones stuffed with malga or farm cheeses. 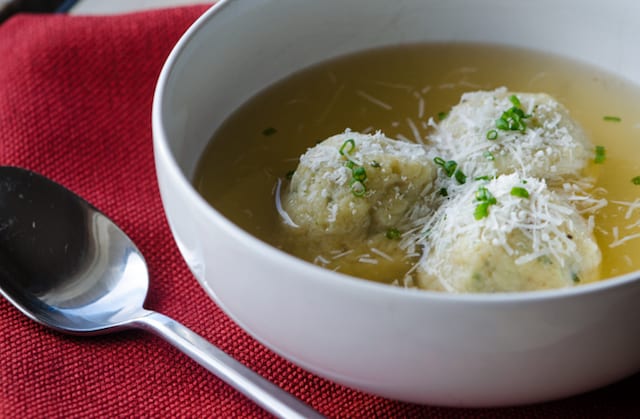 I researched several recipes for canderli, and they all varied greatly as to the amount of flour used, from a couple of tablespoons to a cup or more. One recipe I translated from Italian recommended: “the bread must be perfectly dry and hard, several days old. The optimum consistency of the dough for the dumplings depends on various factors such as the size of the eggs, the type of bread, etc. So do not worry about the doses, but vary according to need.” Too much flour and they will be dense and heavy; too little, they will break apart during poaching (testing one is recommended) and they will not hold their rounded shape. So add the flour gradually, a bit at a time, and don’t feel you need to use all of it.

I provide two very typical ways of serving the canederli here – Canederli in Brodo are served in a rich beef or chicken broth, and Canederli al Burro Fuso, served in a browned butter sauce. 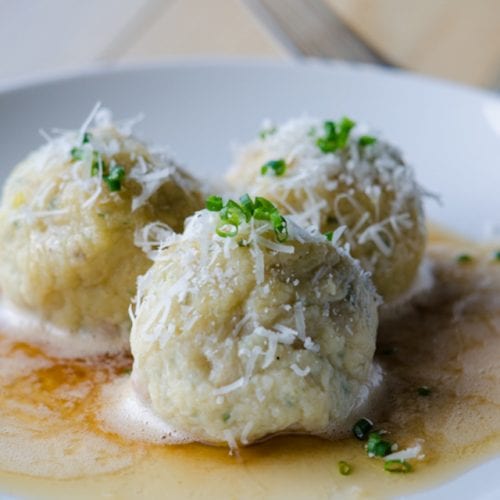 Kathy Bechtel
Italian dumplings, or canederli, are a delicious way to use up stale bread. Learn how to make them and serve in a brown butter sauce or soup broth.
4 from 1 vote
Print Recipe Pin Recipe
Course Main
Cuisine Italian