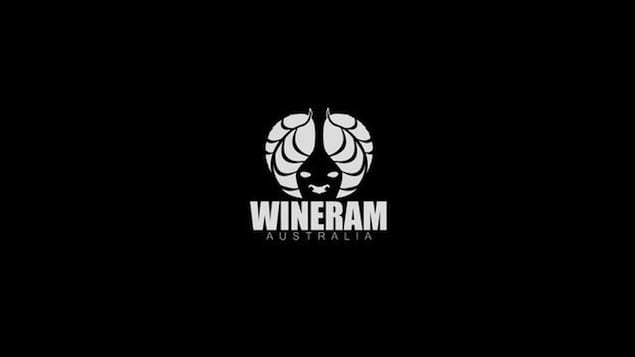 Katie Delaney of Rebel Wine Collective is a winemaker by…

Brunch Mash-Up at The Eating House in Coral Gables, Florida

Katie Delaney sits down for an interview with the man behind the WINERAM wine video show, Colin West.
By Katie Delaney 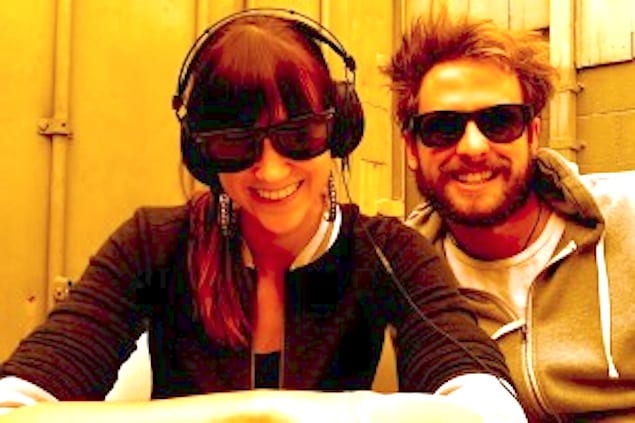 I met Colin West at FIX Coffee in Echo Park, which is about as hipster as I could have dreamt it to be. Clad in jeans and a hoodie (this is out of the ordinary from his usual flannel), this Washington-bred filmmaker and wine aficionado is sporting a mountain-man like beard. Colin happens to be my old flatmate from my time studying in Australia. Four years later, it’s amazing to hear that his wine career has taken him from the highest heights soaring over the Hunter Valley, down into the deep, shark-infested waters of Port Lincoln. His journey has been anything but the path of least resistance…and he’s killing it. WINERAM’s next film adventure has brought Colin back to his home country for two of his favorite things: wine and winter sports. Here’s a deeper look into the brain and the palate behind WINERAM Productions.

Colin, tell us about your upcoming winter series in Washington:

Colin: I’ll be working with Gilles Nicault and Allen Shoup, the winemaker and the owner of Long Shadows Winery in Washington State. Allen was the former CEO of Chateau St. Michelle and is the one who put Washington wines on the world map.

Our next series is big in many ways for me, because it is going to take things to the next level. Coming to the USA has been something I’ve wanted to do for a while. In New Zealand I was a big fish in a small pond. Australia was a larger fish to fry but we managed to create a presence there and then it was on to the next big thing. After Oceania, I’ve now found myself in Los Angeles. I’ve also found that my program seems to be raking in more viewers than anything else of it’s kind. 2014 is going to be a game changer. Our last formats were multiple web-length episodes and a “1 Hour Long TV Special” or a “feature documentary”, but we are kicking it up a notch to include full length episodes since we’ve landed in LA. It is ambitious, but I love a challenge!

Will snowboarding be the main feature of this series?

Colin: No, our episodes always have layers of natural beauty, sports, and adventure but above all they’re about wine. People have tried to say that WINERAM is a sports and travel show, and “not a wine show.” That is absolutely incorrect. This show is nothing but a “wine show.” WINERAM is a way to open up the idea of wine to the new world of wine-passionate people and show that anyone can like it. Despite old stigmas surrounding the industry, you don’t have to be a pretentious snob to be in the industry or enjoy wine. The adventure activities that we get up to are commonly related to wine in an indirect way. Here is an example:
Coastal influences play a big part in a wine region, like with Waiheke Island, for example. The Cascade Mountains that stretch from north to south in Washington State create the rain shadow that establishes the continental climate for vineyards in Eastern Washington. When we tour the vineyards and taste the wine in Waiheke, and then go scuba diving off the coast or get up split boarding on the peaks of the Cascades, we’re also face to face with a different kind of winemaker, and the topography and terroir that make grapes grow so well in those regions. It’s wine tourism from a new angle.

Last year you filmed the documentary Vintage at Seppeltsfield in Australia. Since this was your first go at winemaking, what did you take away from your vintage experience?

Colin: Talking to you and other friends who studied winemaking and worked vintage, I always heard how hard it was. I wanted to see what the fuss was about. I thought I knew what to expect, but I didn’t really, and that’s why the film was always going to be good. I had spent 8 years in the wine industry and yet I didn’t really know what went on during vintage. We made the film because people look at wine as a snobby industry. What they don’t know is that most winemakers are like farmers. It’s manual labor, and winemakers work incredibly hard. I never knew how people’s lives are affected by vintage. Three months of your life…gone. Have a boyfriend or girlfriend? Well, if you’ve managed to pull through vintage with that relationship still intact, you’re lucky. I’ve seen the family problems and the tears and the people never seeing their kids. We captured “vintage” at Seppeltsfield, where there are about 80 people working in this one winery alone during vintage, in a region with over 100 wineries, in a country with over 60 regions, in a world full of wine producing countries. No one has done this before. It documents the naive cellar hand (me), but it’s not the ABC’s of winemaking like other films. It’s the behind-the scenes experience, the story of Vintage and the people who sacrifice their lives three months a year to put wine in your glass.

What’s the most important thing you learned about winemaking when working at Seppeltsfield?

Colin: Eating. As producer Colin I have maybe a bagel, smoothie and a coffee until about 4‘oclock and a late dinner, and I can survive like that. With little to no water, too. And I’ll sleep 3 to 5 hours and soldier on the next day. But in vintage, there are no exceptions. A day requires a minimum 7.5 hours of sleep, 4 meals a day (big meals) and drinking at least 3-5 liters of water. And maybe some sugar intake to keep the blood sugar level high. Cordial. Massive amounts of cordial. Keep the sugar levels high…keep the energy pumping. No cordial, no wine.

What’s the craziest thing you’ve ever done for WINERAM?

Colin: Filming winemaker Simon Steele (Brokenwood Estate) in a fighter jet flying over Hunter Valley vineyards from a helicopter 2000 feet in the air. Some other close calls were drinking wine with great white sharks, and the world’s largest abseil!

What’s your dream series for WINERAM?

Colin: It used to be the shark cage diving activity at Port Lincoln…but I’ve done that already… The opportunities are still endless, however. It is just fun to think about, and see how creative I can get in how to link wine with adventure. We could take chopper motorcycles up and down the Amalfi coast in Italy and that sounds pretty damn nice to me. We could do some crazy, unknown hungarian activity I’ve never heard of before while drinking Tokaji. I let the region and culture define the activity the best I can.

Colin: I’m a huge fan of a lot of the natural winemakers in South Australia. I love the presence of biodynamics, and traditional methods of winemaking. I’ve spoken to Anton Von Klopper and Tom Shobbrook of the Natural Selection Theory of Wine and those guys kick ass. Above all, I’d say Justin Lane. He’s just cool. His style his different and unconventional. He steps outside the box and makes things interesting. It’s good quality wine and it’s interesting.

What’s in your glass these days? Your fix at the moment?

Colin: I’m just always trying to find something new. I’m trying anything I haven’t tried before, always chasing the drier, mineral white wines– mainly from Austria, Germany, France, Italy. If I see something intriguing from elsewhere, of course I’ll get into it.

HERE’S A SNEAK PEAK TO WHAT YOU CAN WATCH NOW: THE WINERAM AUSTRALIA SERIES IS OUT!

Katie Delaney of Rebel Wine Collective is a winemaker by trade, Advanced Sommelier, Oenophile and student of all things grape and wine. Katie has traveled the globe to learn about wine production and fermentation. After completing her Master's on Enology and earning her Advanced Sommelier Certificate she moved into five-star restaurants to share her passion with others. She enjoyed seeing the world of wine from two very different sides of the spectrum– one of which involves stilettos, and the other steel-toed boots.

Brunch Mash-Up at The Eating House in Coral Gables, Florida