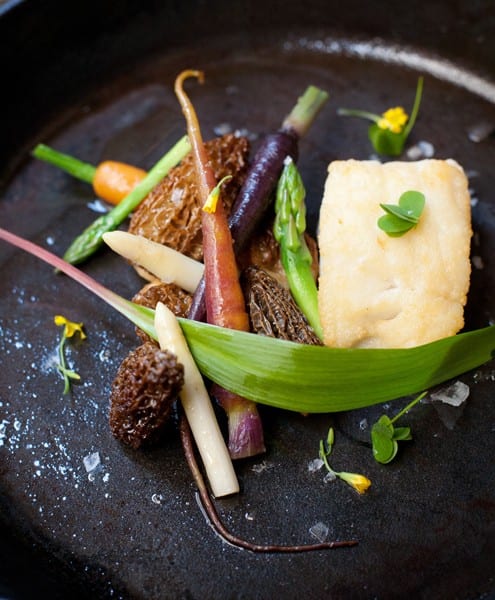 Primarily heard in Southern Louisiana, this term is widely used in shops and restaurants, and refers to “a little something extra.”
By Ilene Ross 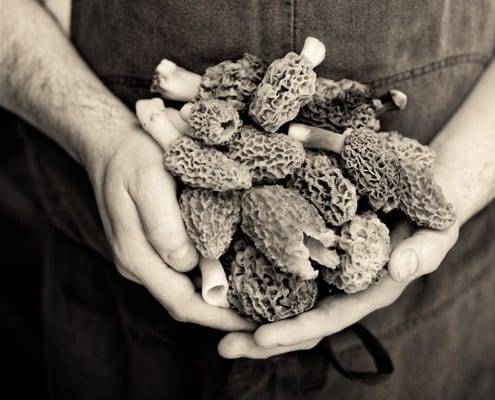 Primarily heard in Southern Louisiana, this term is widely used in shops and restaurants, and refers to “a little something extra.” Be it a gift with purchase, or a dessert on the house, it always brings a smile to the face.

Recently we were visiting one of our favorite chefs, Jose Salazar, at The Palace at The Cincinnatian Hotel to shoot him (with a camera of course) for our story on herbs. We were about to wrap, when Chef Salazar received a phone call and asked us if we could hang out for a bit; his morel purveyor was on his way in with a stellar haul. Well, he certainly didn’t have to ask twice. Even if we did have plans, for this, they would be altered. Knowing Chef Salazar’s attention to detail, these would be no ordinary morels, and sure enough, when the purveyor arrived, massive fungi in tow, we were not disappointed. We caught a whiff of the intense, earthy smell as soon as he came through the door. We all stood around, mouths agape, in awe of the sheer size and perfection of nature’s bounty. Chef was like a kid in a candy store.

If you’ve ever purchased morels before, you know that it’s practically unheard of to find an intact specimen in the bin of your local market. Their extremely delicate structure means that it’s nearly impossible for them to survive the transportation process from forest floor to store shelf with all of the jostling and handling in between. But these were pristine. We needed to get a few shots before we learned what Chef Salazar had in store for them.

Back in the kitchen, Chef paired our meaty morels with some pan roasted cod, baby carrots, and both green and white asparagus. Of course, the picture-perfect shot always comes before our sated appetites, so we set up a make-shift photo shoot in the alley behind The Palace, hauled up chunks of apple wood from the Cincinnatian cellar to add a rustic touch, and captured the giant mushrooms in all of their glory. And then we dined. 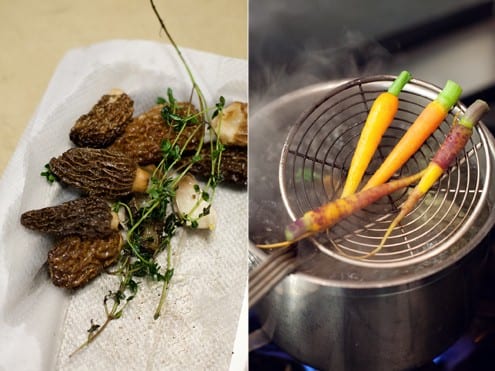 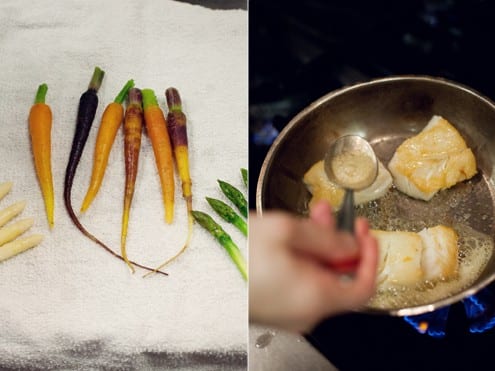 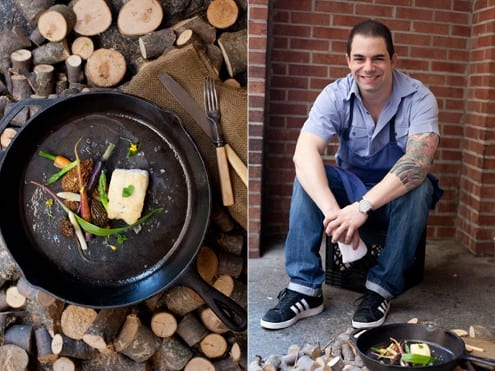