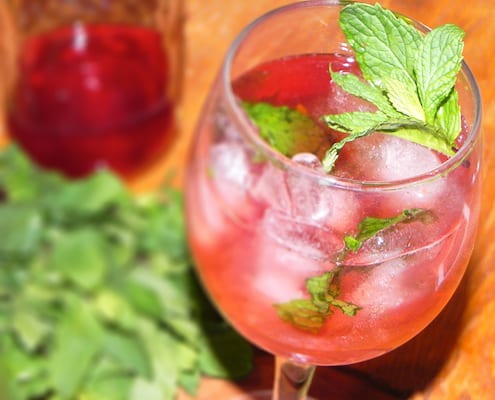 A trio of whisky cocktails, infused with fresh fruits and an unexpected addition from the grocery store aisle.
By Amanda Marsteller 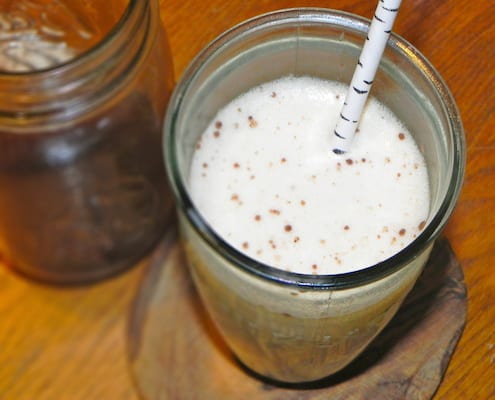 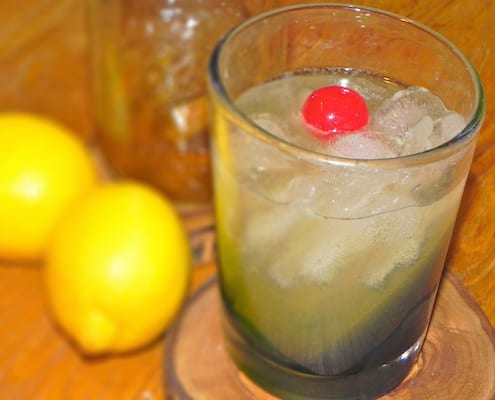 My idea to attempt infusing whisky began with two happenings: one, I was unexpectedly gifted with a 2-bottle set of Crown Royal Canadian whisky, and two, I read that someone somewhere on the Internet had tried infusing whisky with cocoa puffs cereal. With the two key components easily in hand, I knew I had some infusing to do. Not satisfied with solely a cereal-based approach, I thought I’d try my hand at the more approachable fruit-infused method, so I also tried kumquat-anise and blackberry-rhubarb combinations.

To begin, I discovered that all that’s really required is some patience and perhaps a few Mason jars for the whisky to sit around in, soaking up the flavors I forced upon it. It’s important to begin with a sterilized vehicle, so washing the Mason jar with hot water is a good start. Luckily, after doing some reading on the subject, I found that it’s generally thought that there’s no exact science to infusing booze so you can let your creative flag fly so to speak, without too much concern about messing it up. No need to use your top-shelf tipples in this process however, as that might be a waste if you choose some horrible combination of pickles and fruity pebbles as your infusers.

The overall instruction is to wash and chop the fruit you’ll use and discard any bitter elements, then allow the covered infusions to sit for 3-7 days or so, shaking them up every once in a while to disperse the flavors. For the cocoa puffs-infused whisky, I just crushed about a cup of cereal in a plastic bag and poured it in, thinking that the flavor would be more forceful if the cereal was ground rather than whole. The length of time the whisky sits depends upon what kind of flavor you’re using, as strongly flavored items like citrus and spices can infuse in the course of 3-4 days, while less intense flavors like blackberries could take up to a week. The easiest way to determine when to stop infusing is to taste test over time. I tried my infusions after 4 days and decided that they could all use another good soak for maximum potency, even the kumquat-anise, which I expected to be raring to go by the 4th day.

After a week, I decided to let my infusers loose as they’d served their hard time admirably. The best way to rid the whisky of fruit sediment is to run it through a strainer lined with cheesecloth or a coffee filter to make sure it’s smooth and clear. Each flavor turned out pleasantly, if the cocoa puffs perhaps a bit strong on the chocolate side. The kumquat-anise and blackberry-rhubarb versions had light, summery flavors that were still fairly mellow, with the rhubarb stalks having colored the whisky a vibrant scarlet. There was nothing else to do but put the infusions to the test in some simple cocktails and see how the flavors stood up. Hence began a very enjoyable week’s worth of experiments with my trio of whiskys, during which time I shook up the following cocktails: a blackberry-rhubarb mint julep, a kumquat-anise whiskey sour and a boozy cocoa puffs-infused egg cream. Cheers to the next round of infusions ahead!